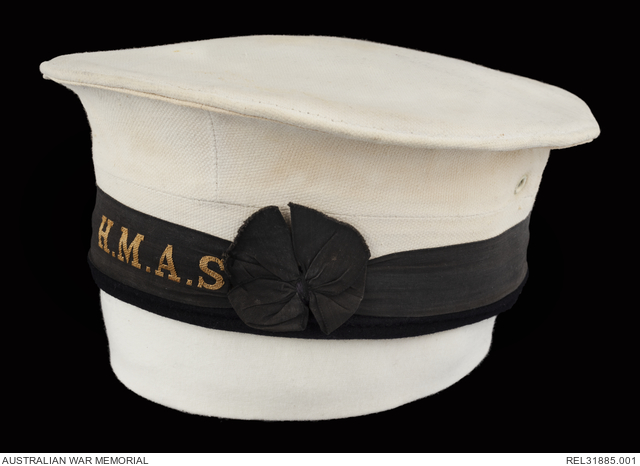 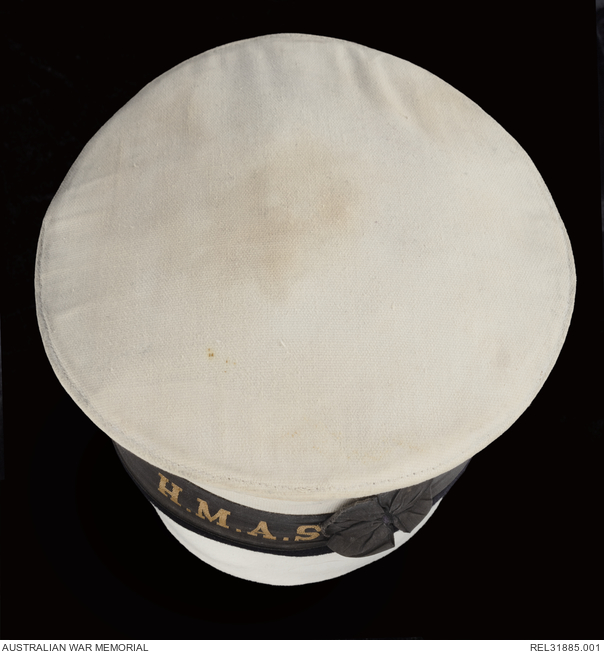 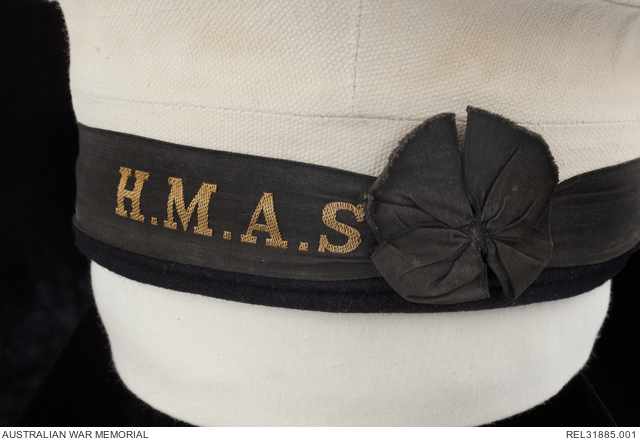 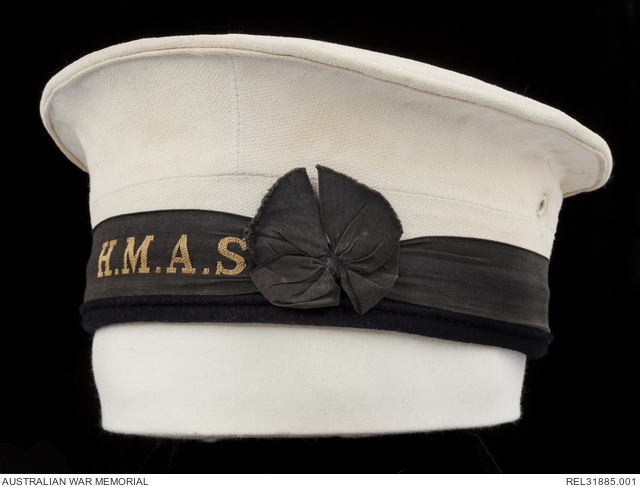 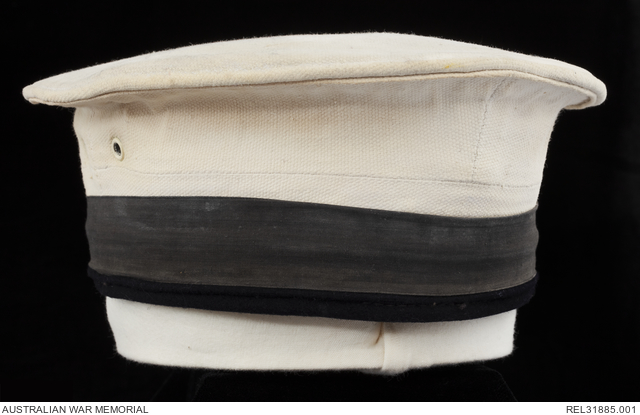 Royal Australian Navy white duck sailors' cap with faded black 'H.M.A.S.' tally band. The inside of the hat is lined with green cotton with a drawstring in the centre. The sweatband is made of brown leather and a blue woollen chin strap is stitched into the right side. A size marking of '6 6/9' is stamped inside the crown.

Worn by PM6971 Able Seaman Douglas Grose while serving aboard HMAS Manoora (I) in 1944 and 1945. Grose, born at Bendigo, Victoria, in October 1925, joined the Royal Australian Navy (RAN) as an ordinary seaman on 12 October 1943. After training at the shore establishments HMAS Lonsdale and HMAS Cerberus, he was posted to HMAS Manoora, a 10,856 ton ship built originally for the Adelaide Steamship company in 1934. She was requisitioned for wartime service by the RAN in October 1939 and served initially on escort duty as an armed merchant cruiser. By the time Grose joined the ship she had been refitted as an infantry landing ship and had already taken part in successful landings at Tanamerah Bay and Wadke Island in New Guinea. In September she transported troops to Morotai before preparing to land American troops in the Philippines, at Leyte on 25 October 1944 and at Lingayen, under heavy Japanese bombardment, on 9 January 1945. In April the Manoora carried her first Australian troops and cargo, to landings on Tarakan; and on Green Beach, Brunei, and at Balikpapan in June. Between September 1945 and April 1946 the ship repatriated Australian soldiers from New Guinea, New Britain, Morotai and Borneo, before making four trips to Japan. Grose was appointed an acting able seaman in November 1944 and was confirmed in the position on 24 July 1945. He was discharged on 2 August 1946. When at sea during the Second World War sailors wore a cap tally with 'HMAS' on it only as a security measure, so that their nationality, but not their ship's identity could be established, according to the requirements of the Geneva Convention.