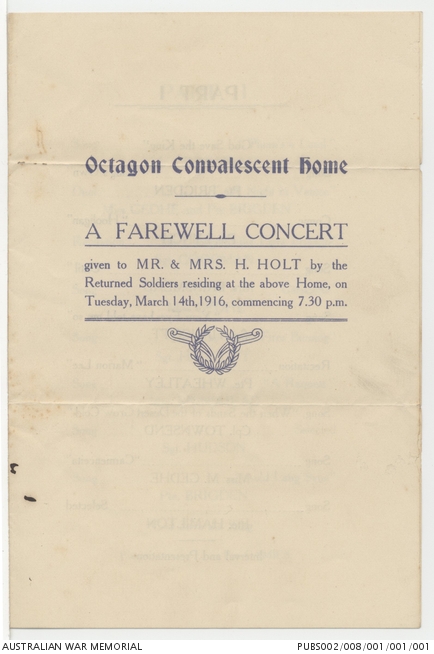 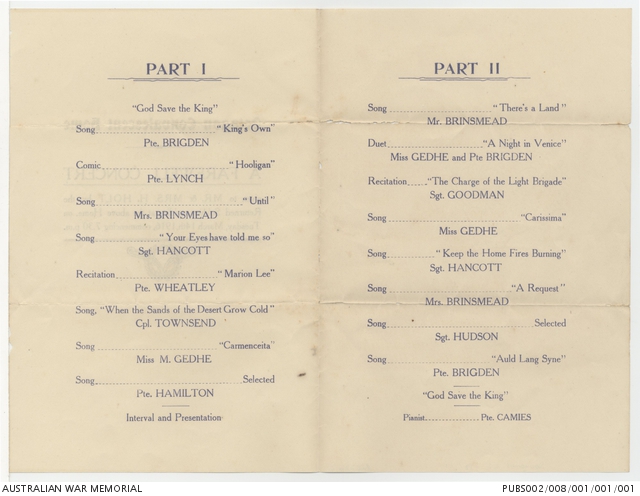 Souvenir program for a concert held during the First World War. This program is for a farewell concert at Octagon Convalescent Home at 7.30pm on Tuesday 14 March 1916. The concert was held in honour of Mr and Mrs H Holt and organised by the soldiers who were residing in the convalescent home. The concert program included songs and recitations.