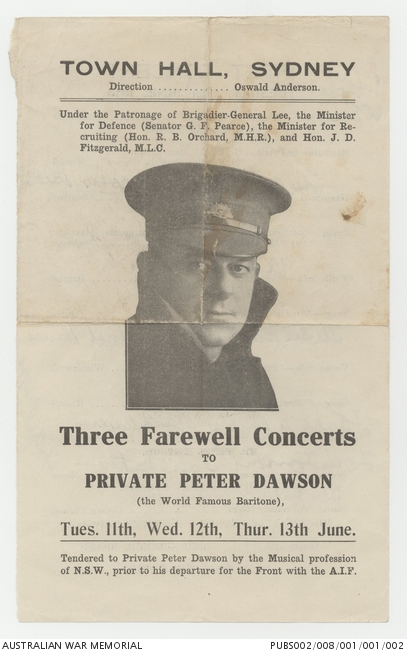 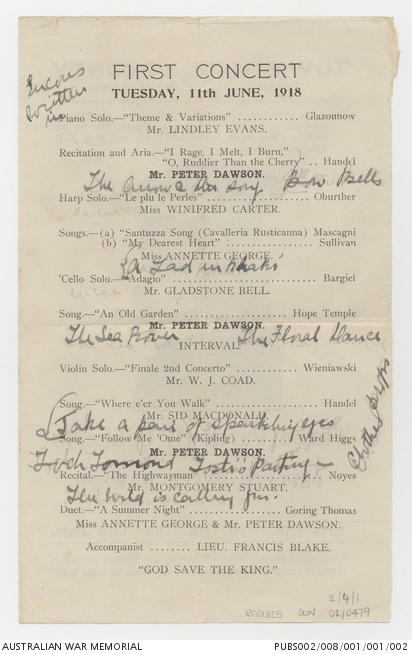 Souvenir program for a concert held during the First World War. This program is for three farewell concerts held in honour of Private Peter Dawson at Sydney Town Hall from Tuesday 11 June 1918. The concert featured both vocal and instrumental performances. The program is illustrated with a photograph of Private Dawson who is described as the 'world famous baritone'.