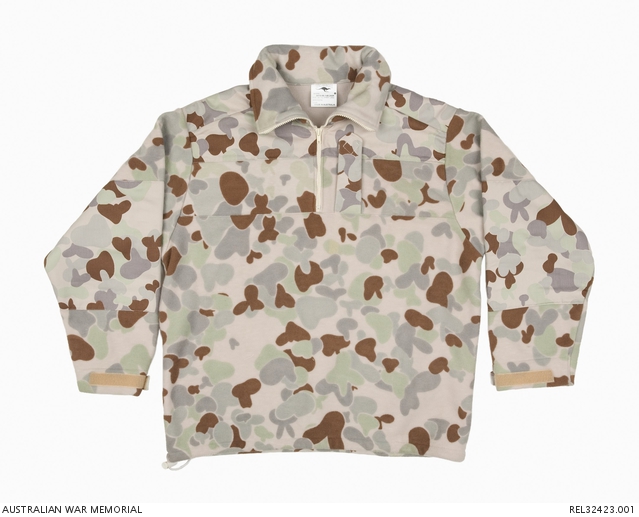 Woollen fleece pullover in Disruptive Pattern Desert Uniform (DPDU - Iraq pattern). There are some small stains on the inside collar and middle front of pullover.

DPDU pullover as worn by a member of 4 Battalion Royal Australian Regiment during the 2003 Iraq War. DPDU camouflage was specifically designed and made for the Australian Defence Force (ADF) and made its operational debut during 'Operation Slipper' in Afghanistan in October 2001. There has been at least two versions of the camouflage, each version having a different background shade of either yellow or pink.