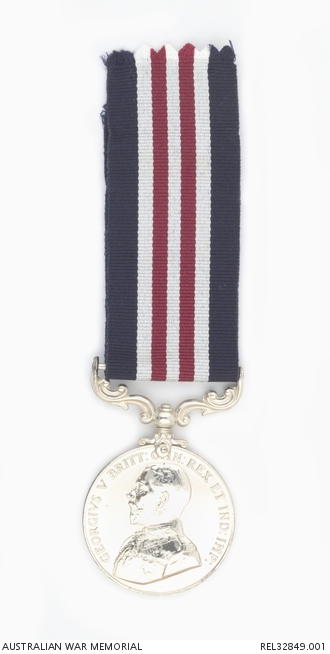 William Henry Kane was born on 8 August 1894 at Castlemaine, Victoria. He was working as a sleeper cutter when he enlisted in the AIF on 15 July 1915 as part of the 12th reinforcements to 2nd Battalion. After training in Australia he sailed overseas service on 30 December 1915. Kane transferred to 1st Battalion on 3 June 1916. In July 1916 he was wounded in action, receiving a gunshot wound to the left leg. He was wounded a second time on 24 August 1918 when he received a gun shot wound to his right side, and saw no further service. Private Kane was awarded the Military Medal in August 1918. The recommendation for the award reads, ‘ On the 9th August 1918 near Chipilly north east of Amiens, Private Kane was a member of a party of six who carried out valuable and daring patrol work, with three others he rushed an enemy post. One officer, thirty-one other ranks and seven machine guns were captured. Later in company with another man, he rushed another enemy post and captured nine prisoners and two machine guns. He later did fine work in mopping up after an advance was made with the other members of the patrol where a further twenty-eight prisoners were captured.’ Kane returned to Australia on 3 January 1919 and was discharged in April of that year. He subsequently married Emma Provost on 30 July 1919 at Macksville NSW. William Kane re-enlisted for service in the Second World War, at the age of 48, on 7 March 1942. He was posted to 11 Australian Garrison Battalion in Darwin and was discharged on 29 December 1943.