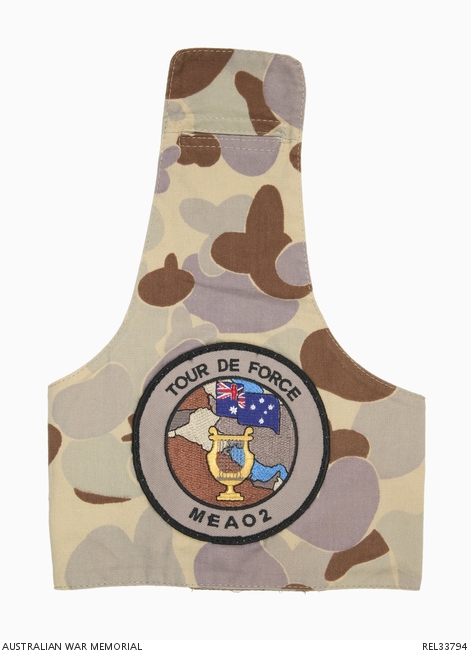 In September 2004 'Tour de Force II' was formed consisting of Australian performers, artists and celebrities. Their role was to entertain and raise morale amongst Australian Defence Force troops deployed to Iraq and the Northern Persian Gulf as part of Operation Catalyst. Tour De Force II consisted of rock music group ‘The Choirboys’, comedian George Smilovich, singer/songwriter Drew McAlister and entertainer, model and author Bessie Bardot. While on tour, the entertainers were supported by a contingent of 18 members from the Royal Australian Air Force Central Band. The purpose of brassards are to temporarily assign a rank, identifiying mark or status to the wearer. As most of the performers in the Tour De Force 2 were not Australian Defence Force personnel, brassards were issued to them, to be worn over the right upper sleeve of the issued cotton denim shirts when required.