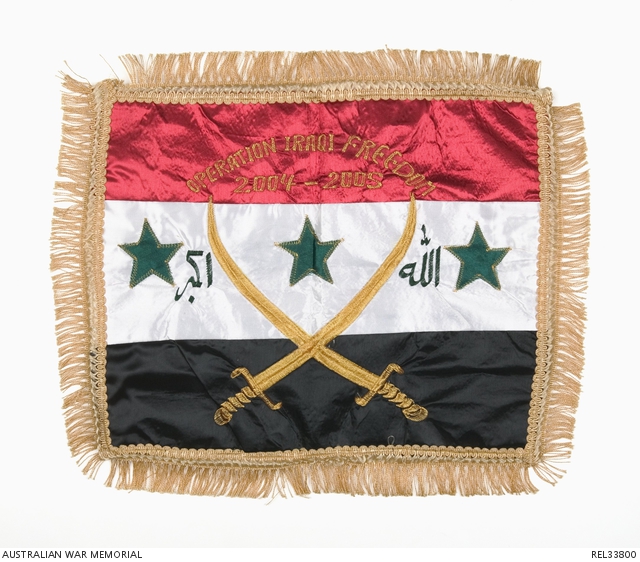 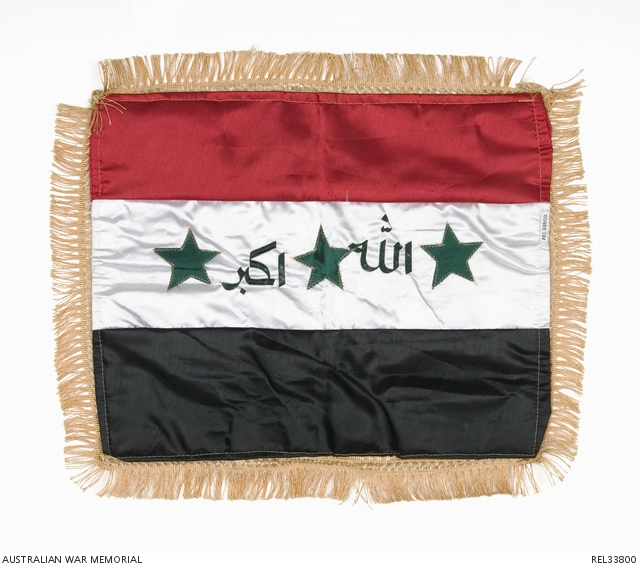 Gold fringed Iraqi flag with embroidered crossed swords across the middle. At the top of the flag is embroidered "Operation Iraqi Freedom 2004-2005".

In September 2004 'Tour de Force II' was formed consisting of Australian performers, artists and celebrities. Their role was to entertain and raise morale amongst Australian Defence Force troops deployed to Iraq and the Northern Persian Gulf as part of 'Operation Catalyst'. Tour De Force II consisted of rock music group ‘The Choirboys’, comedian George Smilovich, singer/songwriter Drew McAlister and Bessie Bardot. While on tour, the entertainers were supported by a contingent of 18 members from the Royal Australian Air Force Central Band. This embroided Iraqi flag was presented to Bessie Bardot whilst in the Coalition Forces 'Green Zone' of central Baghdad in September 2004 and donated by Bessie to the Memorial in August 2005.