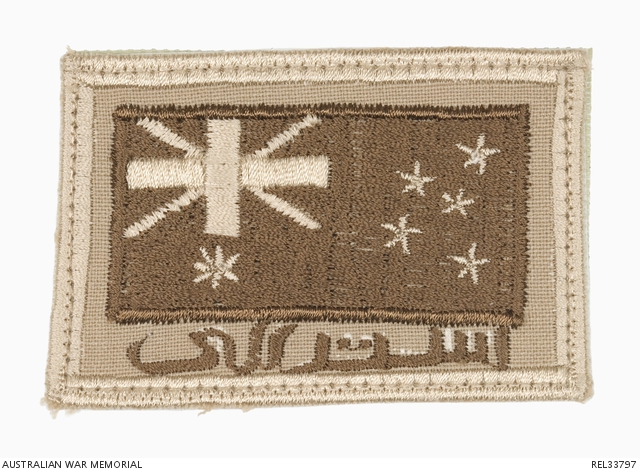 In September 2004 'Tour de Force II' was formed consisting of Australian performers, artists and celebrities. Their role was to entertain and raise morale amongst Australian Defence Force troops deployed to Iraq and the Northern Persian Gulf as part of 'Operation Catalyst'. Tour De Force II consisted of rock music group ‘The Choirboys’, comedian George Smilovich, singer/songwriter Drew McAlister and Bessie Bardot. While on tour, the entertainers were supported by a contingent of 18 members from the Royal Australian Air Force Central Band. This patch could be attached to Australian Distruptive Pattern Camouflage Uniforms (DPDU) otherwise known as "desert cams" on the upper arms of the shirt by small velcro attachments. There are many variations available of the Australian flag patch, such as the word "Australia" written under the flag in either English or Arabic or in either full colour or camouflage colours.