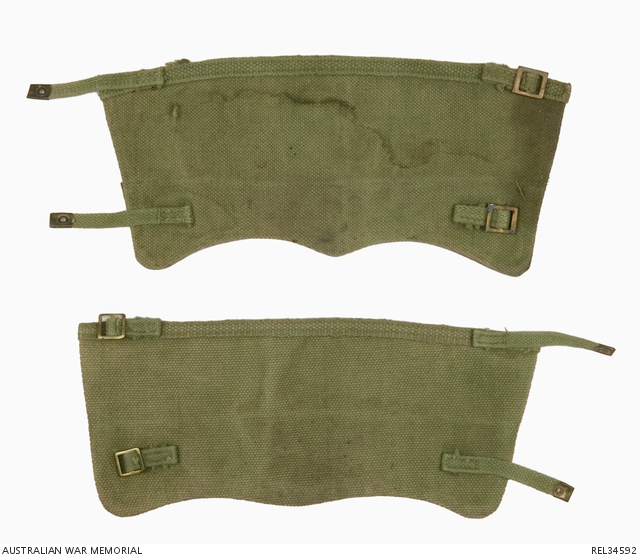 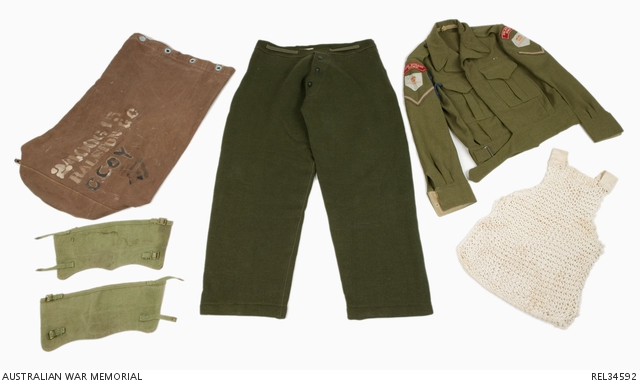 A mismatched pair of Australian Army pattern short web anklets with web straps. The anklets have been 'Blancoed' green over their original khaki finish, and there is a lining of light-weight canvas on the lower inside section of each. There are indecipherable markings on the inside of the left-leg anklet.

These anklets were worn by Lance Corporal G C Ralston MM. Gavin Carmichael 'Toby' Ralston was born at Seaham, via Maitland, NSW on 4 April 1928. He was a K Force volunteer and served with 1 Battalion, The Royal Australian Regiment, in Korea between 7 April 1952 and 24 March 1953. He was awarded the Military Medal for his actions in more than two dozen patrols into No-Man's-Land during the battalion's tour, including a patrol in September 1952 that attempted to recover Captain Phillip Greville and his men, who had been captured by the enemy.