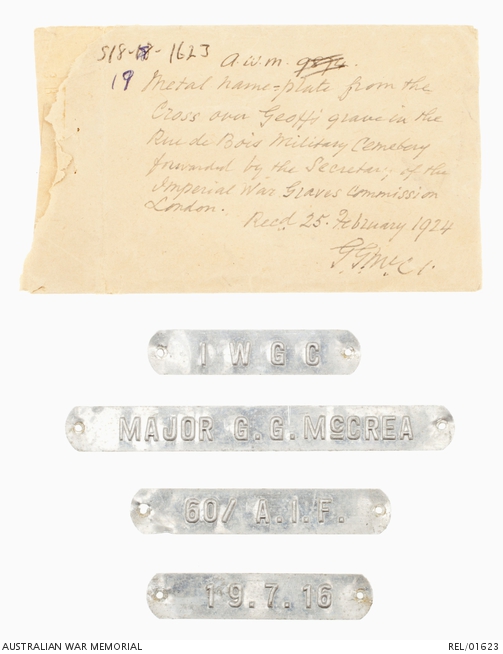 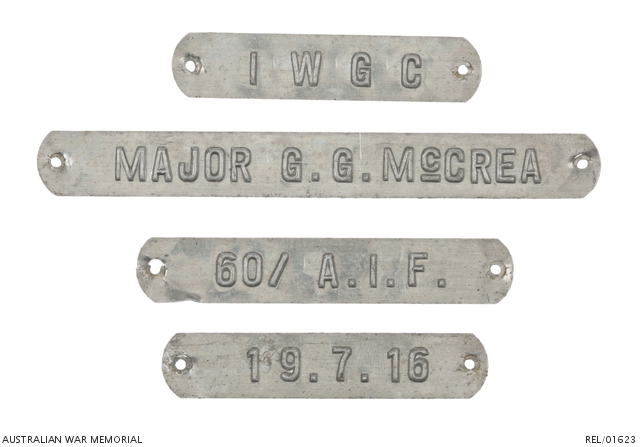 Metal plaques which were fixed to the cross over the grave at Rue Du Bois military cemetery of Major Geoff. G. Mccrae, 60 Battalion AIF. Four aluminium plates, one incorrectly marked 'Major G. G. McCrea'; one marked '60/AIF'; one marked 'I.W.G.C.'; and one marked '19-7-16'. The plaques were forwarded to his family by the Imperial War Graves Commission, London on 25-2-1924.

These metal plates are from the cross which was erected over the grave of Major G G McCrae at Rue Du Bois military cemetery. McCrae was twice wounded on Gallipoli while serving with 7 Battalion. In 1916, at the express wish of his former battalion commander, Brigadier General H E 'Pompey' Elliott, he was transfered to 60 Battalion, promoted to Major and appointed commander of the unit. He was twenty-six years old when he was killed in action on the evening of 19 July 1916 during the battle of Fromelles.