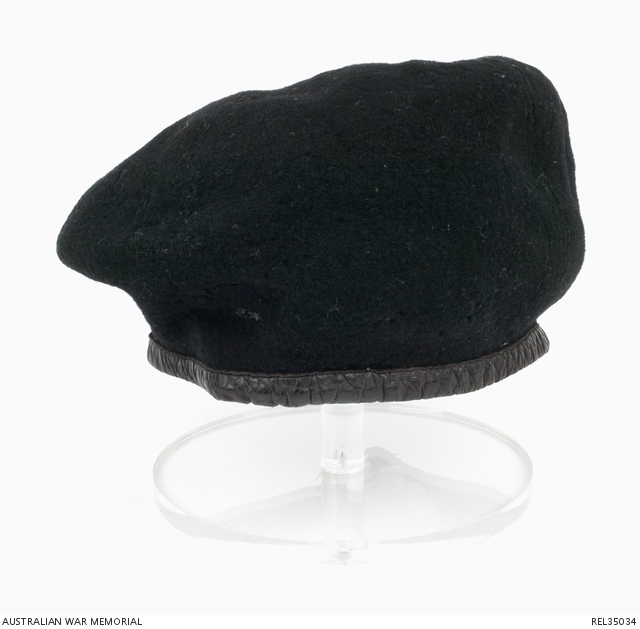 Black wool felt beret lined with black polished cotton. The brim is bound with black leather. There are two black painted brass and aluminium eyelets on the right side of the beret for ventilation. The owner has sewed a cotton tag to the lining with his name 'Lauchlan' in ink.