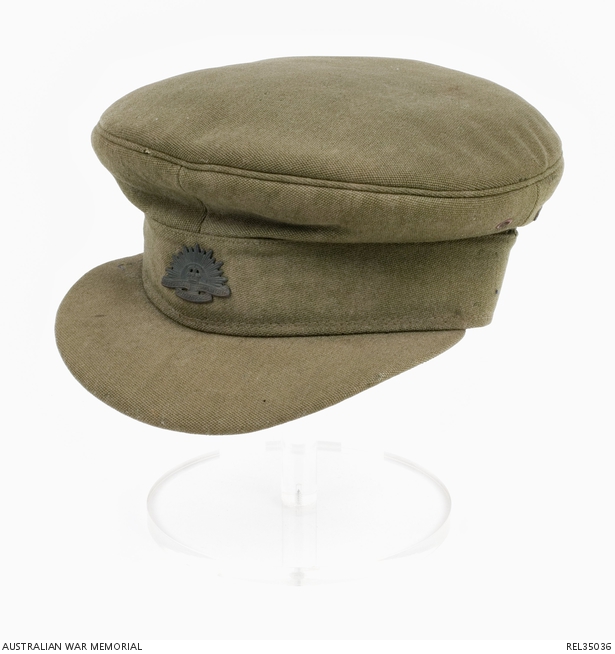 Officer's khaki soft khaki cotton drill peaked cap with a oxidised brass Rising Sun badge. The chin strap and its corresponding buttons are missing. The cap features a brown leather sweatband and is lined with polished cotton. The stiffening wire has been removed.