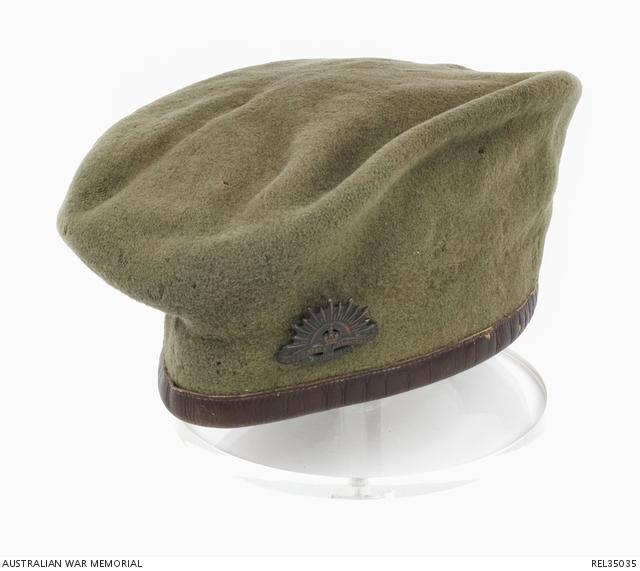 Khaki wool beret lined with khaki polished cotton. The brim is bound with brown leather with an adjusting lace to the rear. There are two black painted metal eyelets on the right side of the beret for ventilation and a Rising Sun badge on the left. The words 'MTX SIZE 7' are stamped in black ink on the lining.