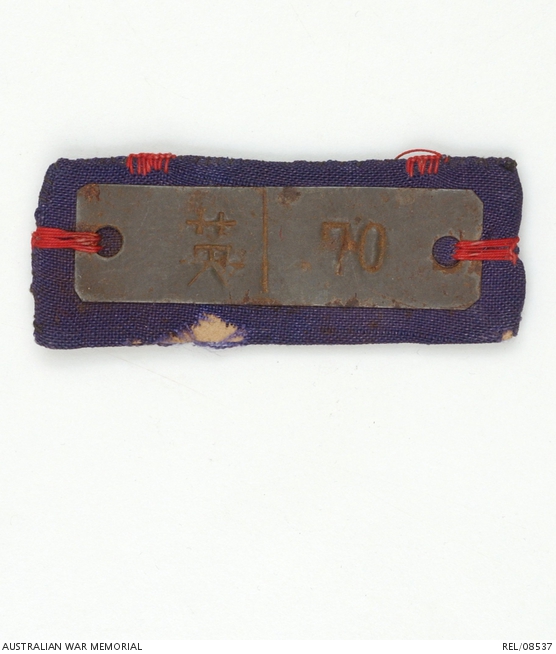 Steel identity disc with a hole punched at each end. Divided down the centre by an impressed vertical line. On one side is the number '70', and on the other a Japanese character which translates as 'British'. The disc has been mounted on a piece of cardboard covered with dark blue linen cloth. Red cotton has been used to attach the disc, through the puched holes, to the cloth, and to make a suspension cord.

Issued to Mrs A M Cuthbe, who was a British civilian internee of the Japanese in Changi Prison, and later at Syme Road, Singapore. Her husband, Mr Kenneth V Cuthbe, an engineer with the British colonial service in Malaya, was interned in the men's section of the prison. Both survived the war and later settled in Australia.