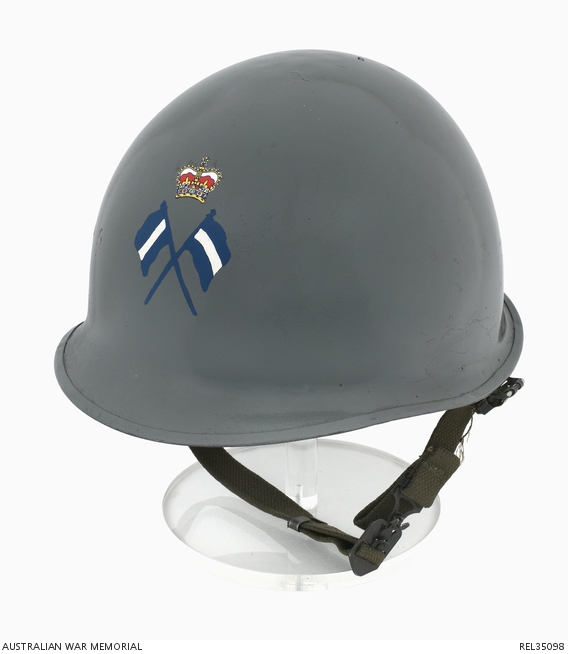 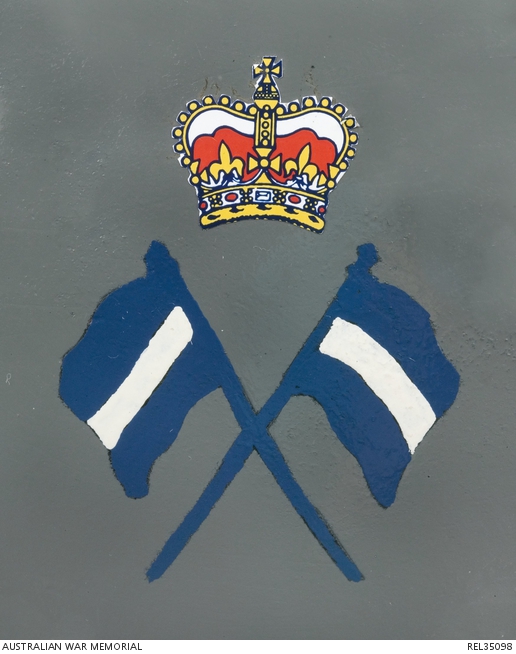 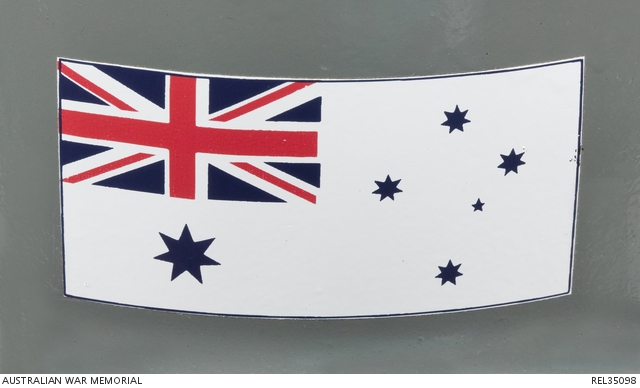 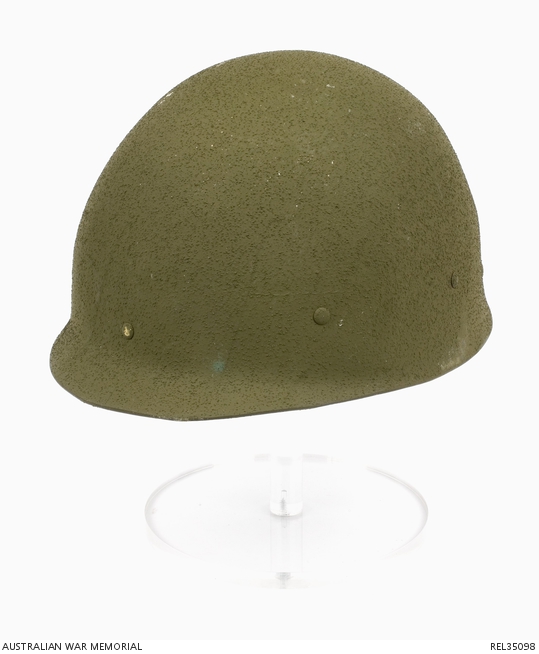 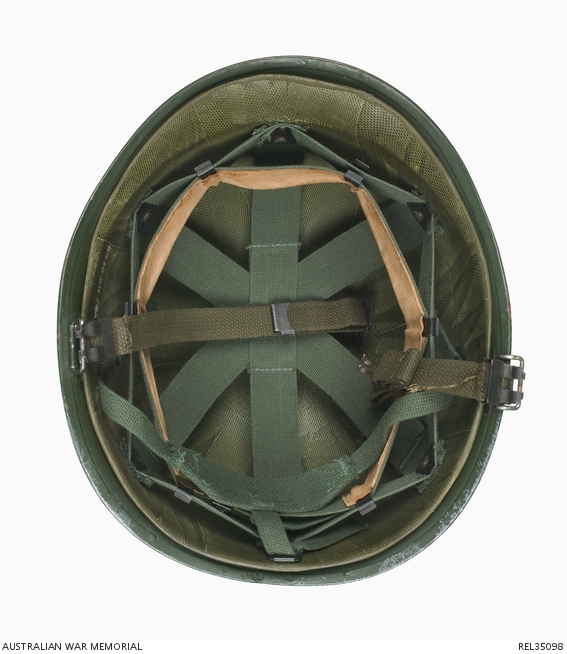 An American M1 helmet shell and liner. The steel helmet shell is painted grey and has a small Royal Australian Navy white ensign decal attached to the rear. On the front crossed blue and white signal flags have been painted below a decal of a Queen's crown. The shell has two swivel bales to which are attached olive drab cotton webbing chin straps with black metal fittings. Written in black ink under the front rim of the shell is, 'CPOSY D J PERRYMAN R127781 RAN'. The plastic helmet liner has no chin strap, but is fitted with a cotton webbing nape strap and suspension system to which is mounted a leather sweatband. Stencilled with white paint on the inside right of the liner is '8415-50-753-5782'.

An American M1 helmet worn by Chief Petty Officer Signals Yeoman (CPOSY) Duncan John Perryman, on board HMAS Tobruk during his service in Somalia. The painted cross flags and crown on the front of the helmet refer to Perryman's position as Chief Yeoman of Signals. The helmet was worn when entering and leaving Mogadishu, Somalia in 1993. UNOSOM II (United Nations Operation in Somalia) was the second phase of the United Nations intervention in Somalia. It ran from March 1993 until March 1995. UNOSOM II carried on from the US-controlled (but UN sanctioned) UNITAF, which had in turn taken over from the UNOSOM I mission.

All three of these interventions were aimed at creating a secure enough environment for humanitarian operations to be carried out in the increasingly lawless and famine-struck country. The RAN played an important part in the UNOSOM deployment, transporting the battalion group equipment, vehicles, and some troops, to Somalia on board the training ship HMAS Jervis Bay and the heavy landing ship HMAS Tobruk. Tobruk subsequently remained in the area providing logistic support to the Australians and UNITAF, and conducted surveillance off the Somali coast. Its helicopter was used in ship-to-shore transport of personnel. Tobruk was also used by land forces for rest and recreation.