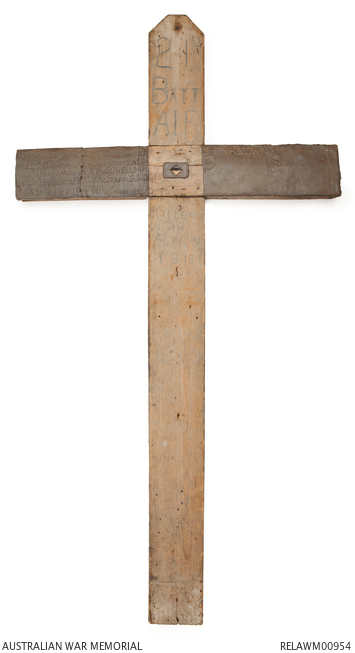 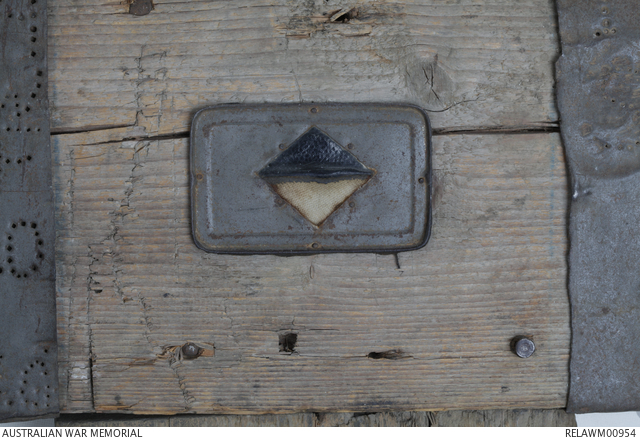 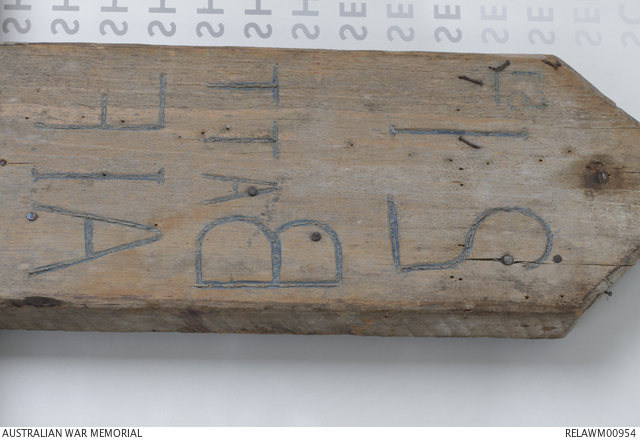 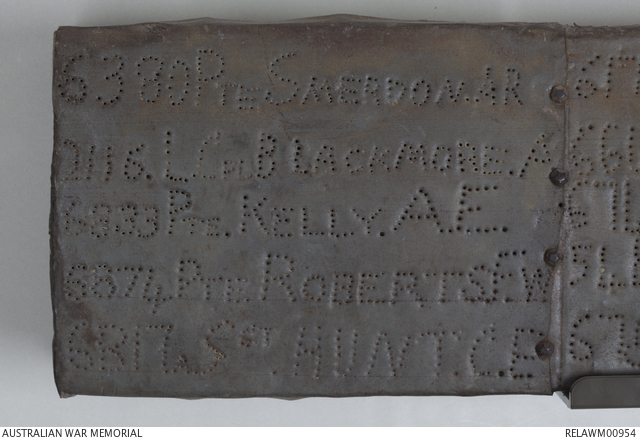 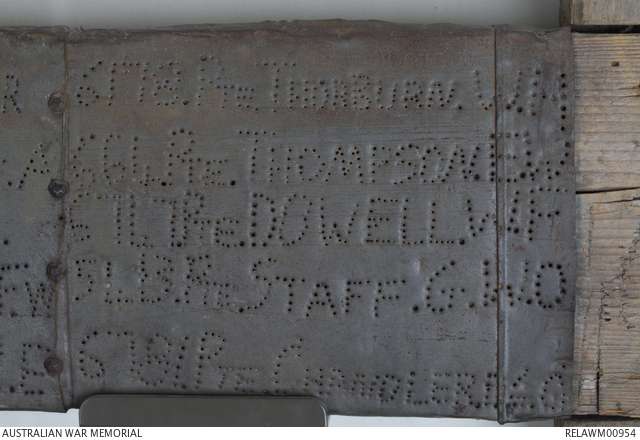 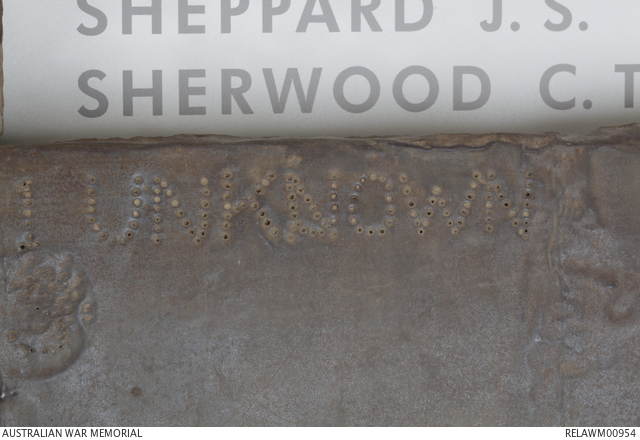 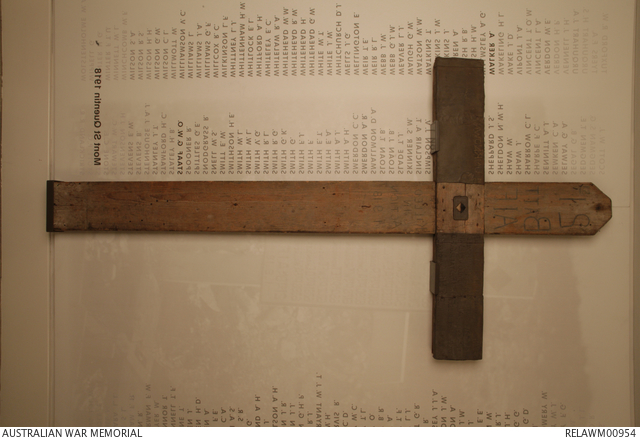 Wooden grave cross. On the vertical arm of the cross is carved ’21ST BATT A.I.F’ and ‘KILLED IN ACTION 1918’. A small, rectangular, brass plate with the diamond colour patch insignia of 21 Battalion (black over red) has been attached to the centre horizontal. The red has faded to white. A rectangular piece of tin has been attached to both horizontal arms of the cross. The left piece of tin has been punched with the names of ten members of 21 Battalion who were killed on 1 September 1918 during the Battle of Mont St Quentin. The names are:

The right hand piece of tin has been punched with '1 UNKNOWN'.

On 3 September 1918, 11 men from 21st Battalion, killed in the storming of Mont St Quentin, were buried by their comrades in a shell crater with this memorial cross erected over them. The cross was collected by the Australian War Records Section on 4 July 1919 and a new cross erected over the graves.

Such grave-markers were important to visitors who had lost loved ones, as they had little prospect of making the long trip to France to see the graves themselves. The cross was first put on display in the Exhibition Building, Melbourne when the “Australian War Museum” opened on Anzac Day 1922. Early editions of the Melbourne exhibition guidebook noted of the cross that “since it has been on view the majority of the parents of the fallen soldiers whose names appear on it have made special visits to the War Museum to see it”.

The capturing of Mont St Quentin was part of the Allied counter offensives in the late summer of 1918. Sometimes regarded as the finest achievement of the AIF, the Battle for Mont St Quentin began on the night of 31 August when the 2nd Australian Division crossed the Somme River and attacked Mont St Quentin at 5 am from the northwest. It was a difficult position as it was an uphill fight for the troops, across very open ground where they were vulnerable to attack from the German-held heights above.