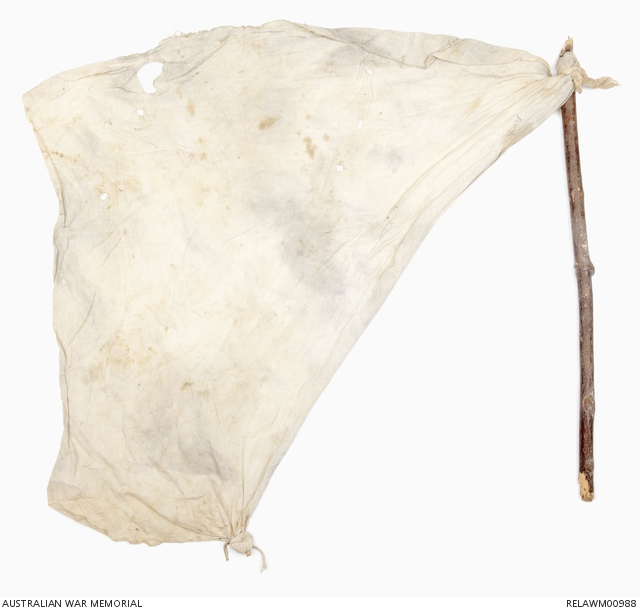 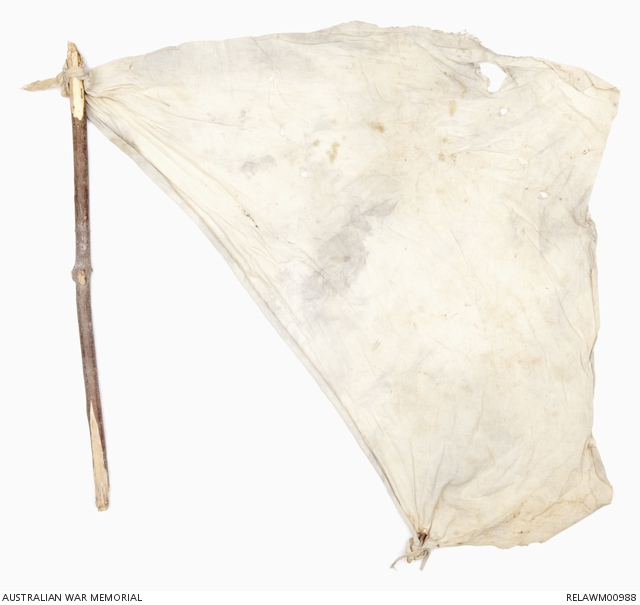 Discoloured white triangle of cotton tied by the fly end to a roughly hewn stick. The edges of the fabric are not hemmed and there are a number of holes and tears.

This improvised flag was used by a group of German soldiers on Mont St Quentin to indicate that they were willing to surrender to the attacking Australians.

The capturing of Mont St Quentin was part of the Allied counter offensives in the late summer of 1918. Sometimes regarded as the finest achievement of the AIF, the Battle for Mont St Quentin began on the night of 31 August when 2 Australian Division crossed the Somme River and attacked Mont St Quentin at 5 am from the northwest. It was a difficult position as it was an uphill fight for the troops, across very open ground where they were vulnerable to attack from the German-held heights above.