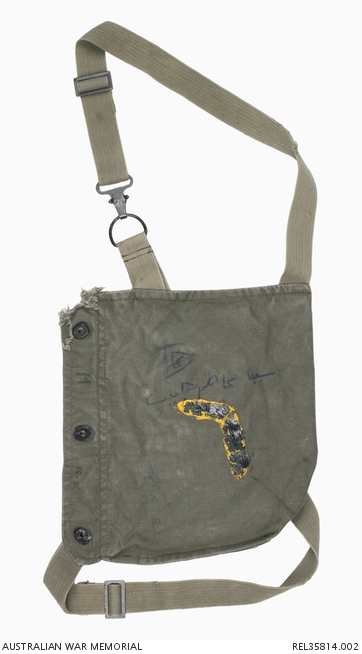 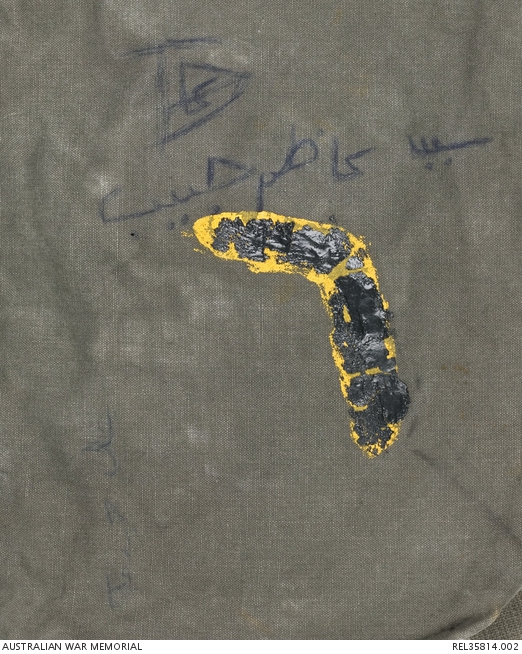 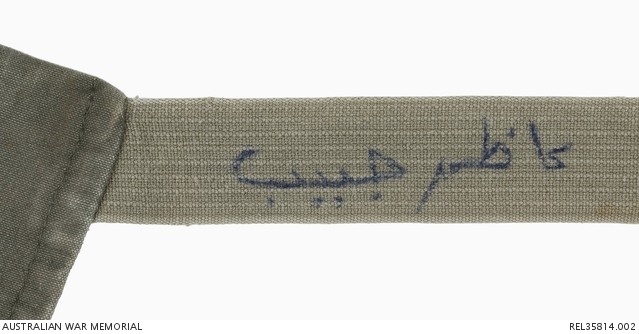 Faded olive green cotton satchel with an attached adjustable shoulder strap. On the inside of one shoulder strap is some hand written Arabic in blue ink. There are three press studs closing the flap. Between the first and second press studs is printed in black ink 'M' and between the second and third press studs is '86-92'. There is a hand painted yellow 'boomerang' shape with blue Arabic script next to it.

This gas mask bag was found during a Sensitive Site Exploitation of Al Asad Air Force base by the Special Air Service Regiment (SASR), 4 Battalion Royal Australian Regiment Commando (4RAR CDO) and the Incident Response Regiment (IRR) element on 15 April 2003. The M1 gas mask was used during the 1991 Gulf War and evidently was still in service in 2003.