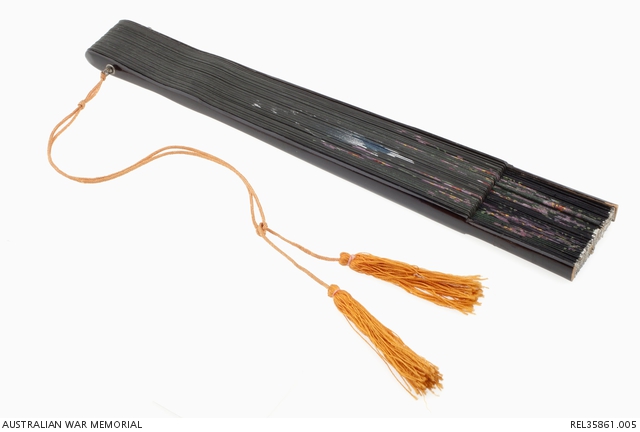 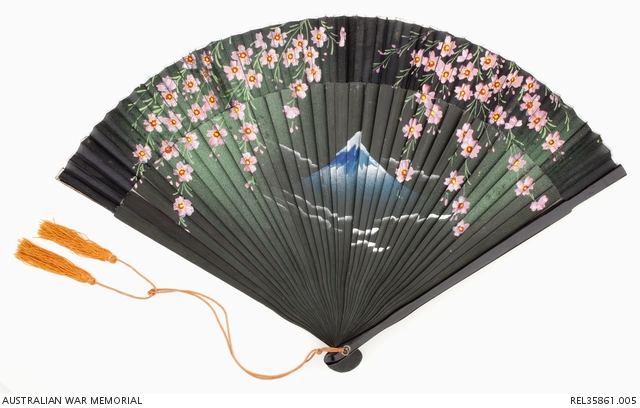 Japanese ogi expanding hand fan consisting of 40 bamboo strips pivoting at the base via a brass rivet, overlaid with silk. The expanded fan reveals one hand-painted face, featuring Mount Fuji framed in two large sprays of cherry blossom, all on a black background. A spray of green paint forms an underlay for the cherry blossoms. A pair of orange silk tassels are secured to a brass pin which runs through rivet. The outer guard sticks have been finished in black lacquer.

Child's fan, part of a traditional Japanese dress set (including kimono, obi, tabi and scarf) given as a Christmas present in December 1951 to nine-year-old Evelyn Frewen by her parents, William ('Bill') and Jessie Frewen.