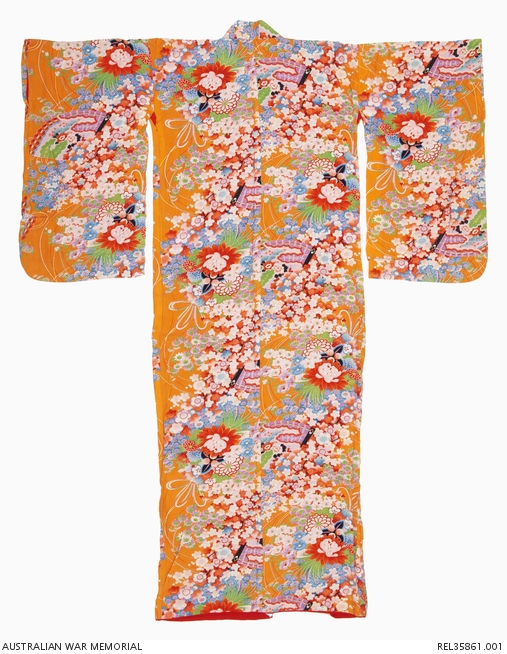 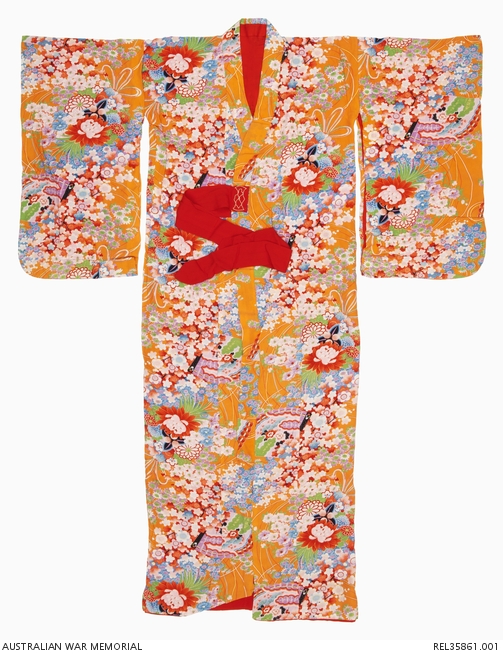 Child-sized, ankle length kimono with a printed pattern of cherry blossoms, chrysanthemums and water lilies with traditional fans, all on an orange background. The lining is in two shades of red and two types of material, one cotton, the lower a rayon crepe. The kimono has an open front with a collar panel extending to the knees and a red crepe waist band to each side, each hand-sewn in cream thread to the lower breast with a decorative rectangular motif, and each ending in a sewn tie-end, also in cream cotton thread. The short sleeves have an open inner seam.

Child's kimono, part of a traditional Japanese dress set (including obi, tabi, scarf and fan) given as a Christmas present in December 1951 to nine-year-old Evelyn Frewen by her parents, William ('Bill') and Jessie Frewen.