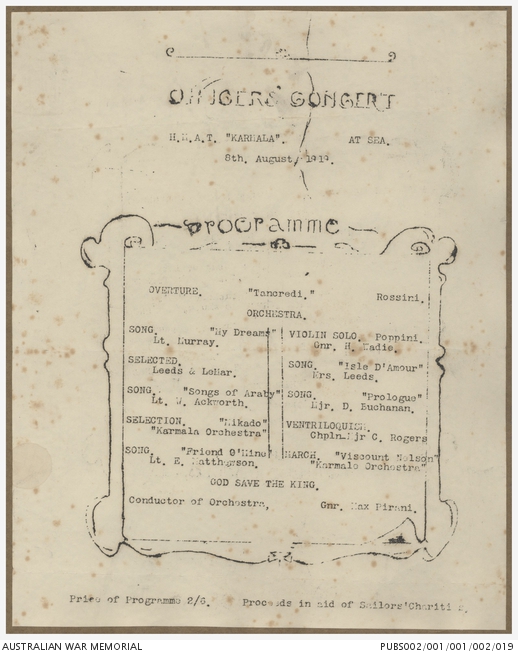 Souvenir program of a concert held to entertain troops returning to Australia after the First World War. This program is for a concert held aboard HMAT Karmala on 8 August 1919. The concert featured vocal solos, instrumentals and a ventriloquist. Proceeds from the concert were to be donated to sailors' charities.