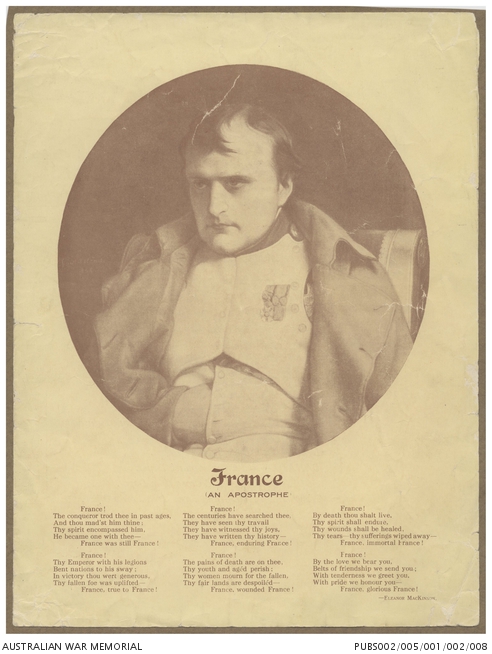 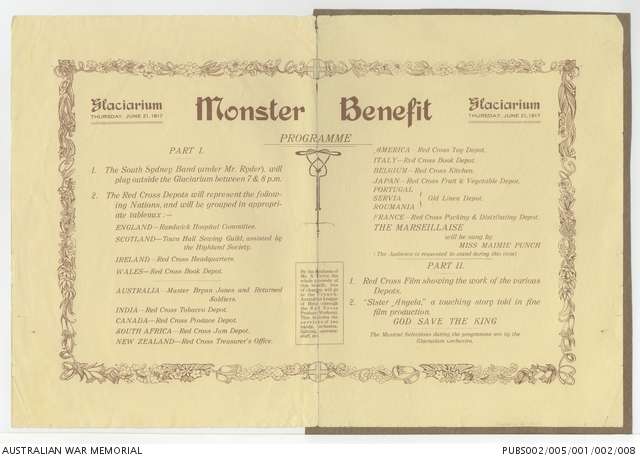 Souvenir program for a concert held during the First World War. This program is for a benefit concert held at the Glaciarium in Sydney on Thursday 21 June 1917. Proceeds from the concert were to be donated to the French-Australian League of Help with the assistance of the Red Cross Produce Workers. The poem 'France' by Eleanor MacKinnon appears on the front cover. The South Sydney Band and the Glaciarium Orchestra performed musical selections during the event and Maimie Punch sang the Marseillaise. The Red Cross depots represented Allied nations and a film explaining their work was also shown.