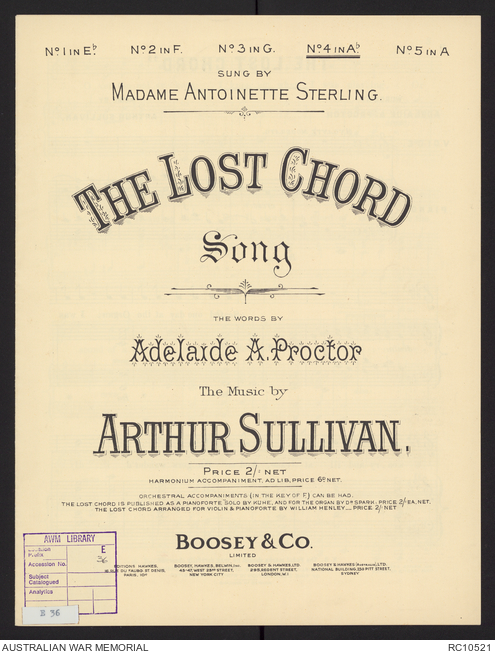 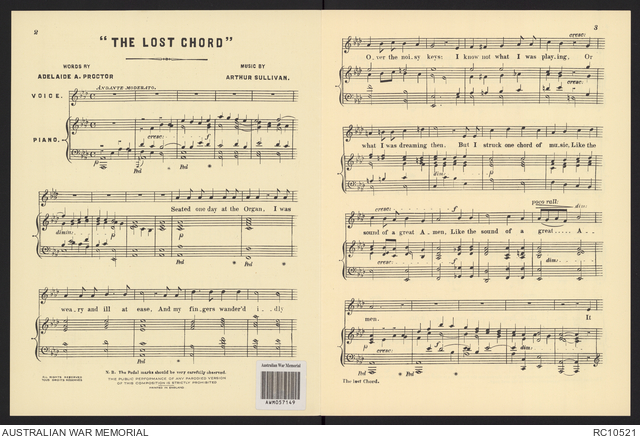 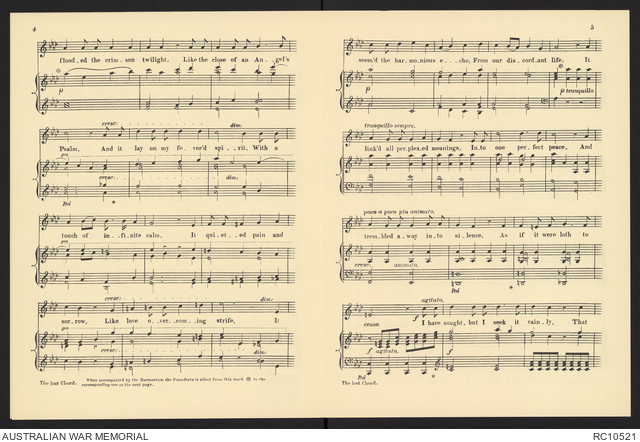 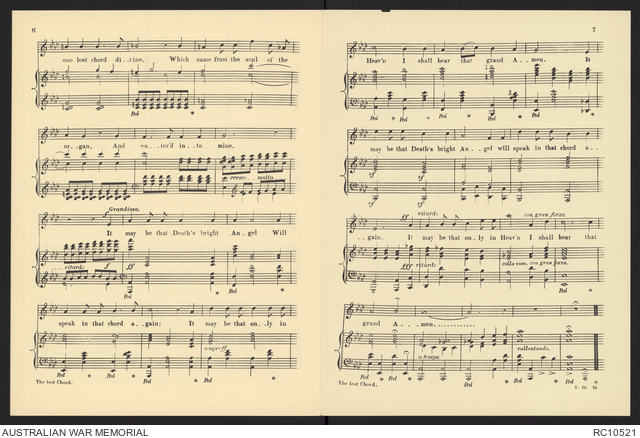 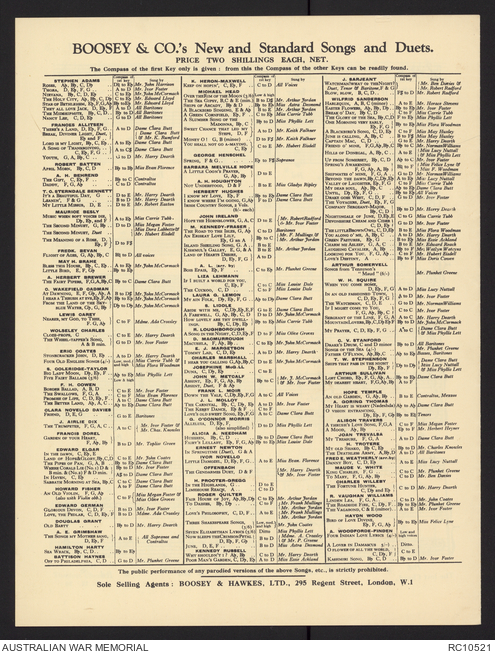 Sullivan wrote the music for this song during a period when his brother was suffering from a severe illness. He had been staying by his bedside for several days and tried to sleep himself on one occasion in another room. Instead, he decided to have another attempt to add music to Adelaide Proctor’s work. Sullivan described the writing of the song as 'the outcome of a very unhappy and troubled state of mind.' The song was originally published in 1877, over ten years after the death of the lyricist, Procter, in 1864. 'The Lost Chord' went on to become one of the first recordings of music ever made and featured at a press conference introducing the phonograph to London in 1888.

Sullivan was an English composer who is best known for collaborations with Sir William Schenwenck Gilbert on comedy operas such as HMS Pinafore, The Pirates of Penzance and The Mikado. Before collaborating with Gilbert during the 1870s, Sullivan worked as an organist and as a music teacher while composing a variety of works. Procter was an English poet and philanthropist who was the favourite poet of Queen Victoria.

This song, 'The Lost Chord', was popular at concerts performed by members of the Australian Imperial Force during the First World War. The first concert where this song was performed is believed to have been by Lance Corporal Norman Herrington Wiltshire. This occurred during a concert presented by the 2nd Garrison Battalion Royal Welsh Fusiliers Band at the ANZAC Hostel on Wednesday 3 May 1916 at 7pm. Wiltshire embarked with the 6th Battalion and later joined the 58th Battalion. Another performance was by “D’Arcy”, in a concert held in the recreation room of 4 DAP, 4th Australian Division Ammunition Park, on 12 February 1917.

Other performances of this song were given on troopships. One of these was a performance by Lieutenant Thompson aboard SS Ulysses on Saturday 23 January 1915, in a concert that featured the 13th and 14th Battalions. Sergeant Morgan also performed this song with the Napierrots Concert Party aboard HMAT Port Napier on two occasions, 25 May and 7 June 1919.

This was also a popular song at concerts in Australia during the First World War where it featured at many social, fundraising and welcome home concerts for Australian troops. One of the earliest of these concerts was to raise money for the Queensland Patriotic Fund at His Majesty’s Theatre in Brisbane, Queensland, where it was performed by Miss Lila Clunn. In Kalgoorlie, Western Australia, Miss Blanche Johnson-James, an Australian soprano who had returned from performing in England, performed this song in a concert she personally organised to raise money for the Belgians on 4 November 1914. At a concert in Narrandera, New South Wales, on 30 July 1915, Mrs G B Piddington sang the song twice, due to the response of the audience.

There were numerous other concerts where this song was featured. Some of these included concerts to raise money for cigarettes and writing materials for the soldiers as well as fundraising in aid of returned wounded soldiers. These occurred in Bendigo, Victoria, and Queenscliff, Victoria, during 1915. A record breaking concert was held in Grenfell, New South Wales in July 1916 to raise money for the Comforts Fund, 4th Reinforcements, 53rd Battalion.

This song was also popular at concerts held to entertain soldiers. One such occasion was a performance by Mrs Smith at a ball held in Warrandyte, Victoria, to farewell a band of local volunteers that included J Murphy, Ernie and George Clarke, John and Robert Weekes, Alex Crawford, Henry Sloan and Thomas Jones. Another concert featured a trombone solo of the work by C Pollard to welcome home 150 sailors on 6 July 1918.

Another copy of this song is held in the Memorial's collection which was owned by Ernest Alfred Nicholls. Nicholls was a baritone singer who embarked with the 8th Battalion on 11 November 1916. Before emigrating to Australia, prior to the First World War, he had been a member of Carrie Laurie’s Juveniles in his youth, when he had performed on London piers. During the war, he formed the No 1 Command Depot Concert Party, The Perham Stars, which later became, The Aussies.