[Concert program] Item 15: Entertainment given by 'The Bluebells' under the direction of Miss Grace Harris 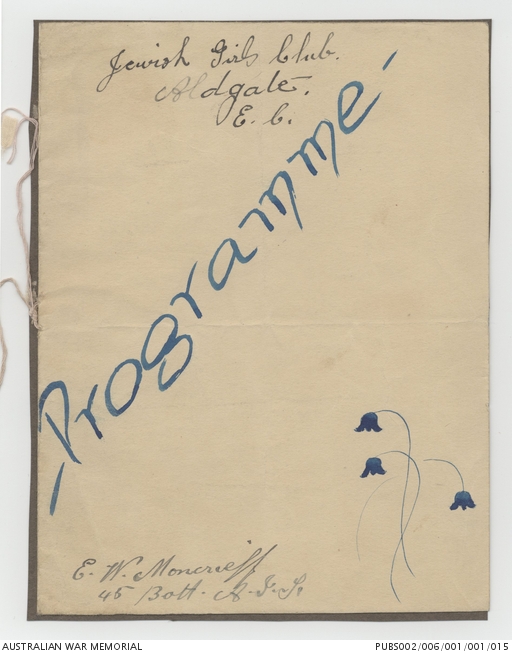 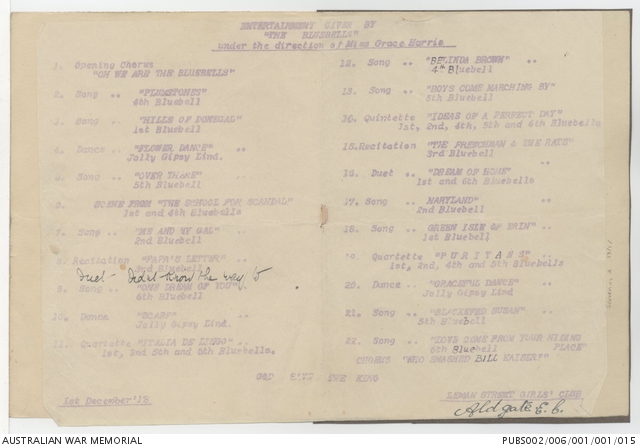 Souvenir program from a concert held during the First World War. This program is for a concert given by 'The Bluebells' at Leman Street Girls' Club, Aldgate on 1 December 1918. The concert featured songs, dances, recitations, quartets and choruses. The program has been signed by Edward White Moncrieff of the 45th Infantry Battalion, Australian Imperial Force.