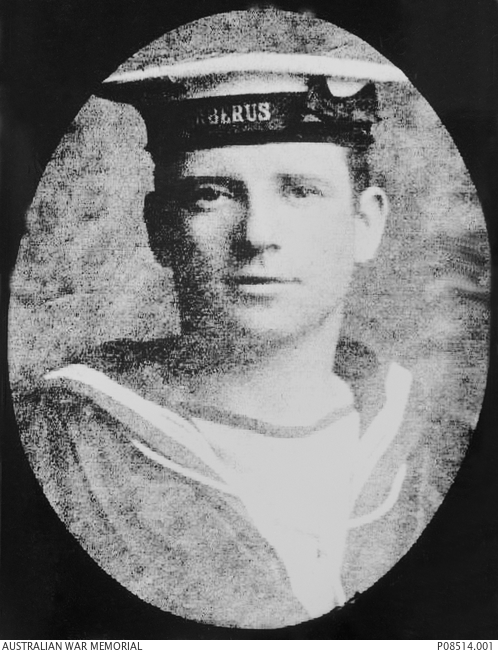 Studio portrait of Able Seaman (AB) Sydney Smith RAN, of Williamstown, Victoria; he later served in the AIF. Aged 32 at the time of enlistment, 4189 Private (Pte) Smith embarked with the 10th Reinforcements of the 23rd Battalion on 7 March 1916 aboard HMAT Wiltshire (A18). He was killed in action on 19 July 1916 during the battle of Fromelles. He has no known grave and his name is recorded on the VC Corner Australian Cemetery Memorial, Fromelles, France.