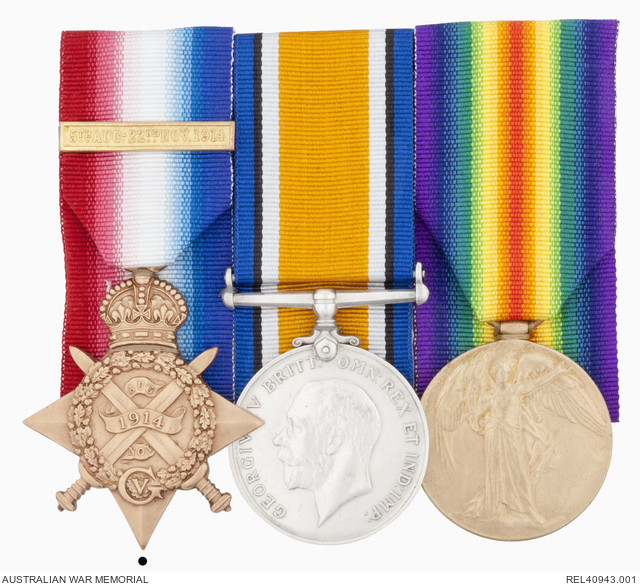 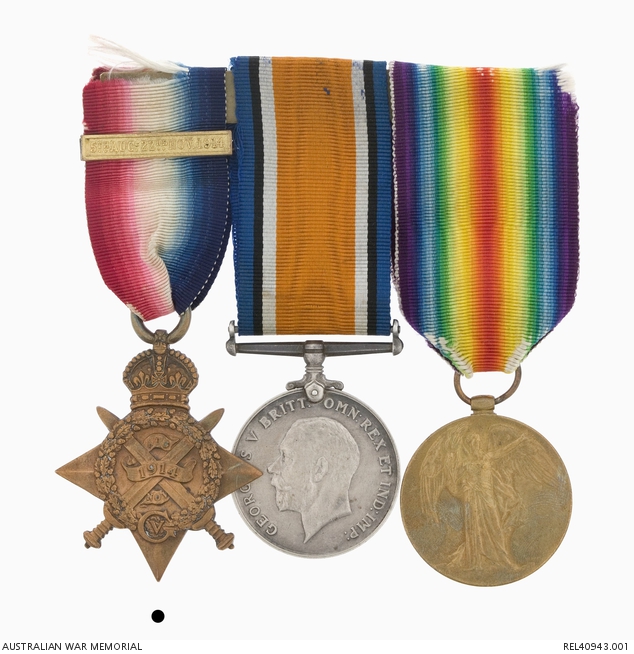 1914 Star issued to Nurse Evelyn Claire (known as Claire) Trestrail for her service in Belgium in 1914. Trestrail was born at Clare, South Australia in 1887. She trained as a nursing sister in Adelaide, South Australia, passing her final exams for the Australasian Trained Nurses Association in January 1911.

Sister Trestrail had to fight to gain the recognition necessary to be granted her 1914 Star, and her British record contains comments dated 4 May 1918 stating 'Ineligible. Did not serve on the establishment of an authorised unit of the BEF'. This attitude, however, had changed by the following year, and her receipt for her 1914 Star is dated 6 June 1919 (see REL40943.004) and, most unusually, was issued by the Navy.