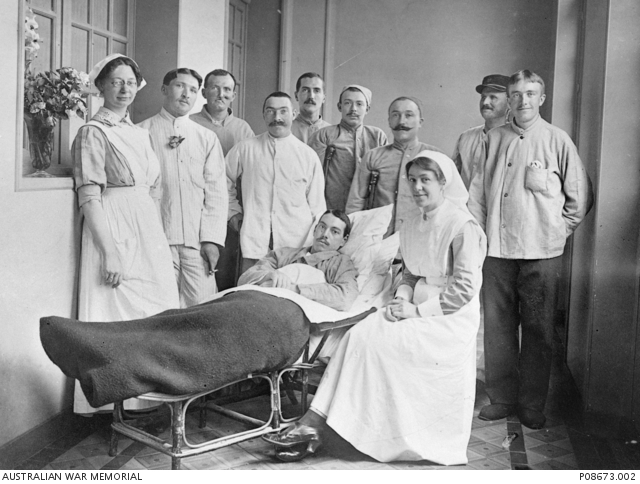 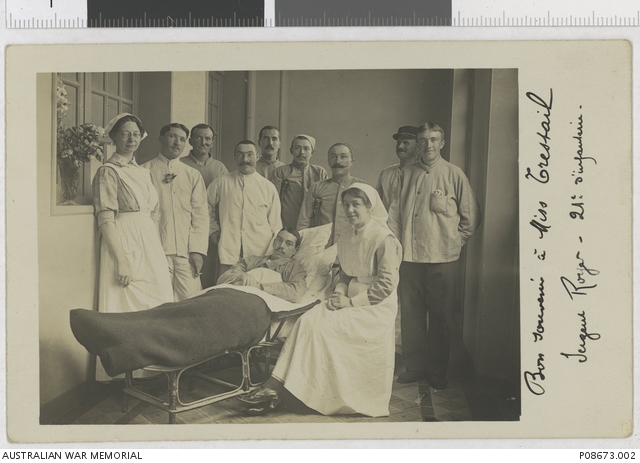 Portrait of Sister Claire Evelyn Trestrail (seated), of Clare, SA, a ward assistant and nine patients, at the Auxiliary Hospital Unit, Antwerp. Working in England when the war began, Sister Trestrail went to Belgium and assisted in setting up the hospital to treat wounded Belgian and French soldiers. Following the capture of Antwerp, Sister Trestrail and other nurses were evacuated to England. In 1915 Sister Trestrail worked with the Queen Alexandra's Imperial Military Nursing Service. She later worked at a number of hospitals in Paris caring for wounded French and Belgian soldiers. After the war Sister Trestrail worked in England for three more years and returned to Australia in 1921. She married in 1922 and during the Second World War was involved in training women for the Voluntary Aid Detachment. She died in 1960. Written in ink on the back of the photograph are the words: 'Bon souvenir de Miss Trestrail et sergeant Royer = 21st Infantrie'.