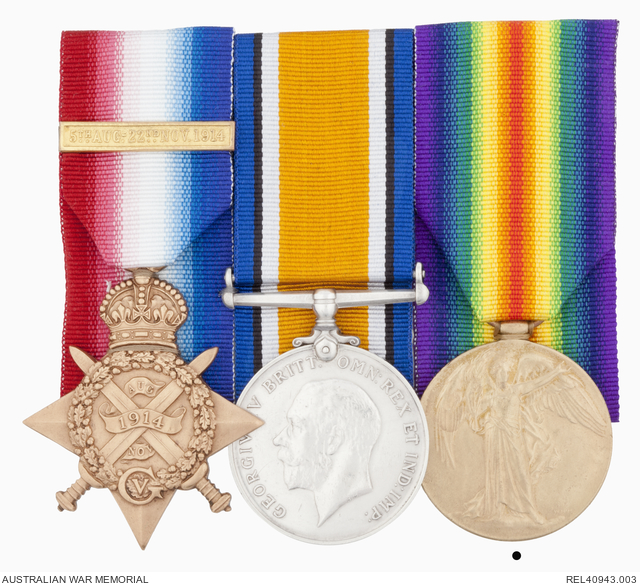 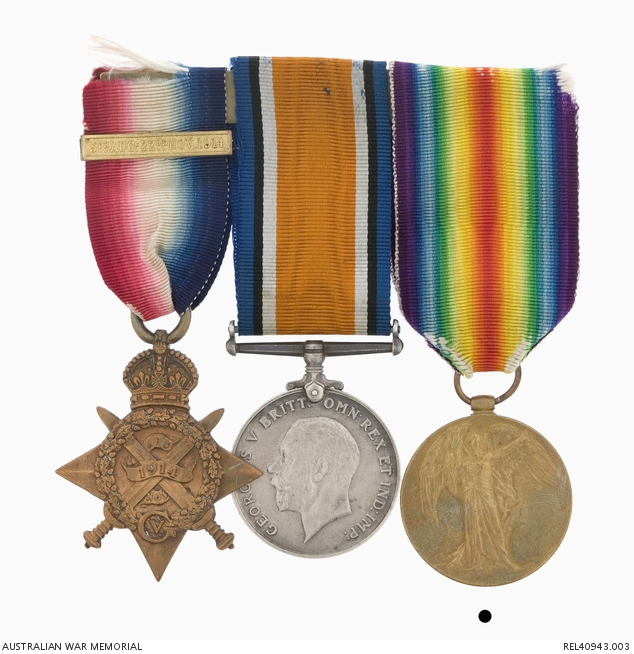 Victory Medal issued to Nurse Evelyn Claire (known as Claire) Trestrail for her service in Belgium in 1914. Trestrail was born at Clare, South Australia in 1887. She trained as a nursing sister in Adelaide, South Australia, passing her final exams for the Australasian Trained Nurses Association in January 1911.