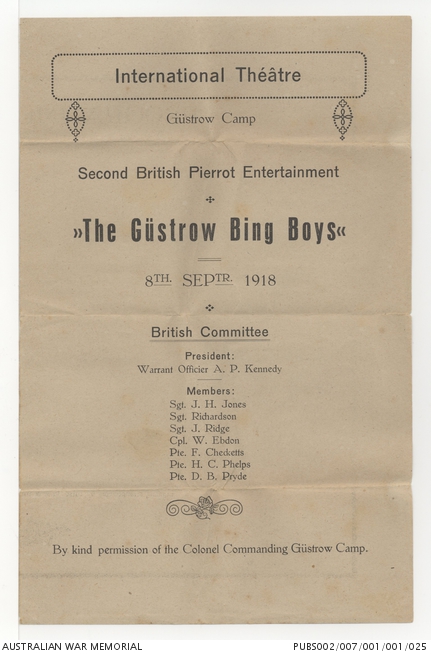 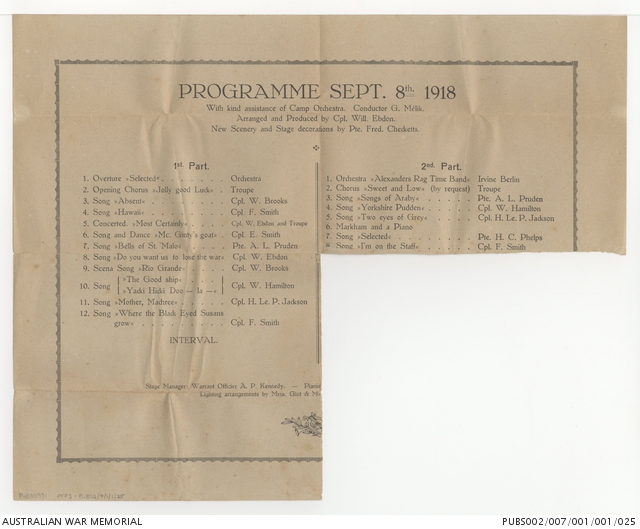 Souvenir concert program produced during the First World War. This program is for a concert organised by prisoners at Gustrow camp in Germany on 8 September 1918. The concert was put on by the Second British Pierrot Entertainment, The Gustrow Bing Boys. The name, Bing Boys, came from a performance troop which was popular in England at the beginning of the First World War. Written in English, the program features various songs and orchestra pieces one of these, Alexanders Rag Time Band, was written by Irving Berlin. The program is missing the bottom half of the second page.