[Concert program] On the staff 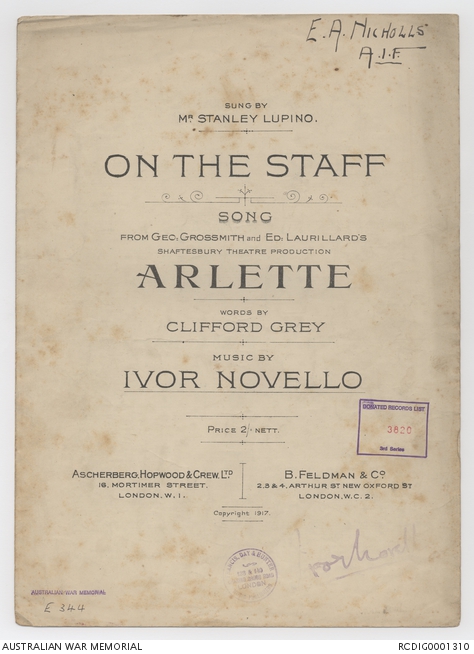 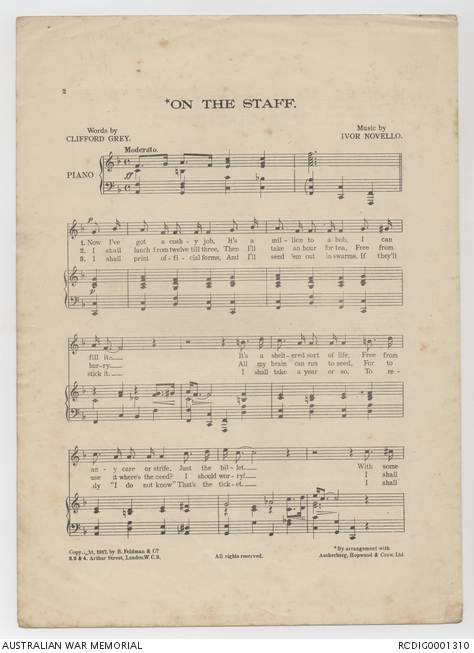 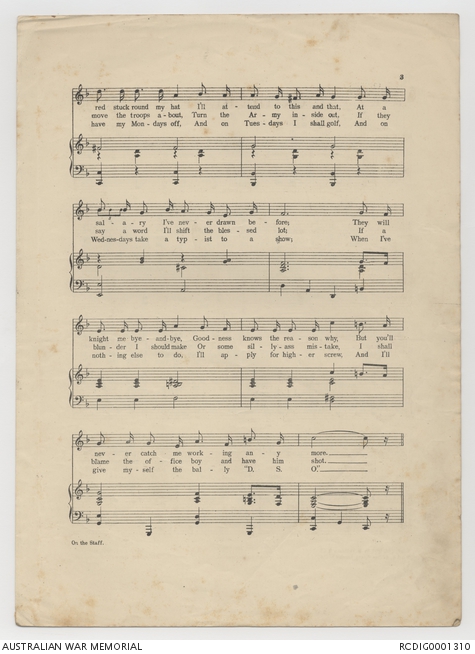 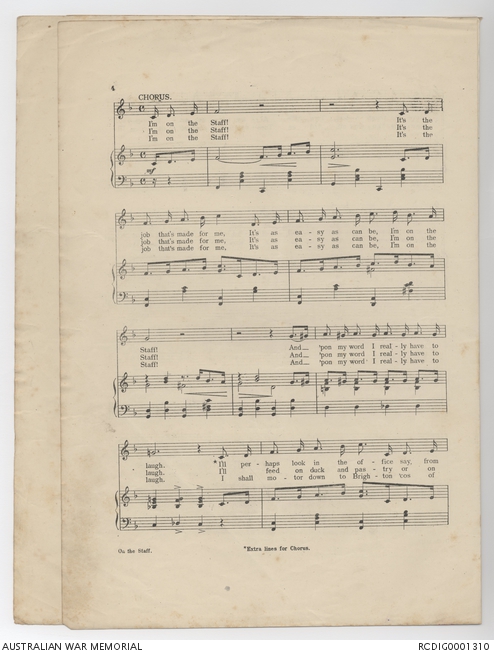 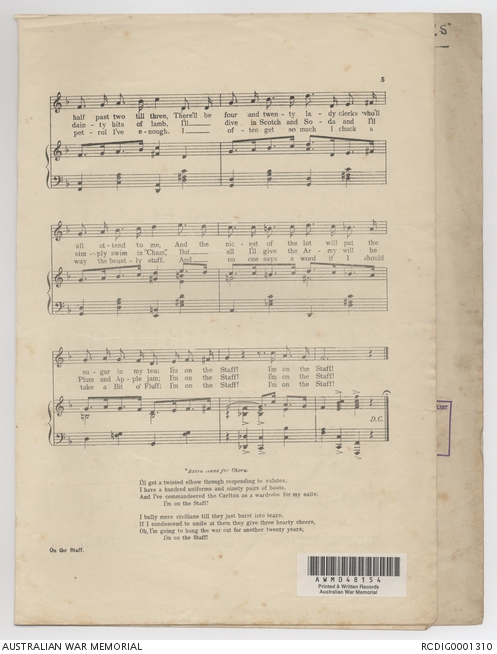 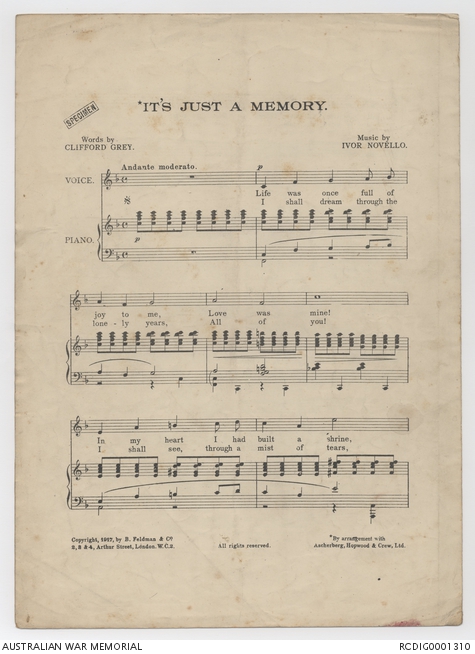 Sheet music for the song titled, "On the Staff", composed by Ivor Novello with lyrics by Clifford Grey, also known as Frank Clifford Grey. This copy appears to be autographed by Ivor Novello. Publishing rights appear to have been held by both Ascherberg, Hopwood & Crew, and B. Feldman & Co. This version also advertises another song by Novello and Grey through the inclusion of the first page of the song titled "It's just a memory".

This is a humorous song about a job with the Army Staff during the First World War. It featured as part of George Grossmith and Ed Laurillard’s production of a French operette at the Shaftesbury Theatre in London titled "Arlette". Lloyd’s Weekly News wrote of this production, ‘The tale is of the impecunious Prince Paul of Perania (Mr. Joseph Coyne), who prefers Arlette, a modest attendant on the Queen Dowager (Miss Winifred Barnes), to all the vast wealth of Miss Walters from America (Miss Adrah Fair).’

This music was part of the collection of sheet music belonging to Ernest Alfred Nicholls that was donated to the Memorial in 1971. It is symbolic of the concerts, theatre and other musical performances that Australian soldiers took in whilst on leave in London during the First World War. It is highly likely that at least one Australian soldier would have seen the operette "Arlette" featuring a performance of this song during 1917. It is not known whether Nicholls himself saw the performance.

The song titled, "On the Staff", was a popular song during the First World War that was performed by Australian soldiers on active service. Lance Corporal Frank Crossley sang this song during several performances with the Anzac Coves Concert Party during August 1918. He joined the Anzac Coves in July 1918, after serving with the 23rd Battalion. The song was also performed in prisoner of war camps with one such event occuring at Gustrow camp, Germany on 8 September 1918. This performance was given by Corporal F Smith, a member of the Gustrow Bing Boys. It is known that there were several Australians who were amongst the performers in this group.

The song was also popular after the war with past members of the AIF continuing to perform it. One of these was Lorne O'Brien who was a member of the All Diggers Company and served during the First World War with the 8 Field Company Engineers and 8th Field Ambulance. He performed the song in the musical titled Madamoiselle Mimi at The King's Theatre, Adelaide, on 28 May 1920.