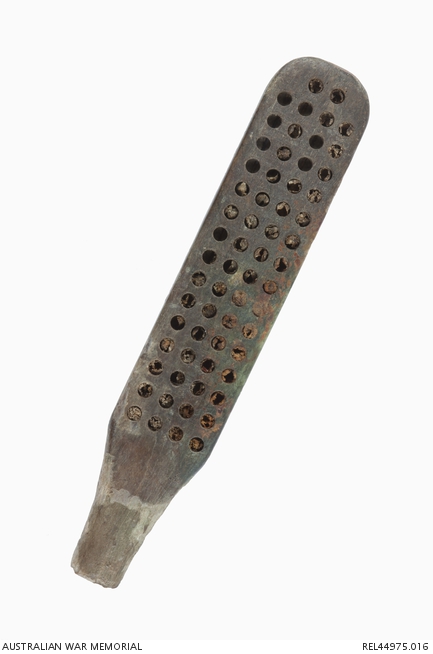 Toothbrush head made from animal horn, with fifteen rows of four holes to hold the bristles, and four long grooves in the top of the head. The bristles are missing.

The 54th Battalion was raised in Egypt on 16 February 1916 as part of the “doubling” of the AIF. Half of its recruits were Gallipoli veterans from the 2nd Battalion, and the other half, fresh reinforcements from Australia. Reflecting the composition of the 2nd, the 54th was predominantly composed of men from New South Wales. The battalion became part of the 14th Brigade of the 5th Australian Division.

Dyson was born in Yarravel, Kempsey, New South Wales. He was working as a labourer and was 19 years and two months of age when he enlisted on 4 November 1915. He was reported killed in action on 19/20 July 1916.