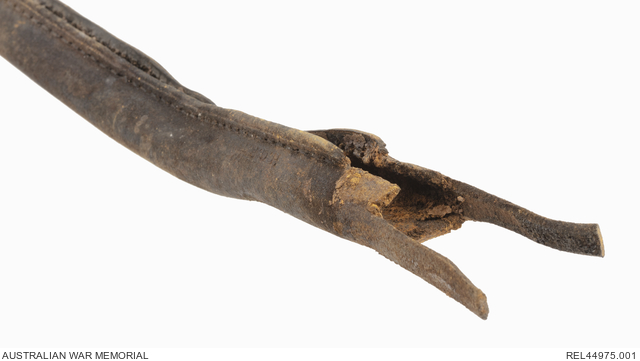 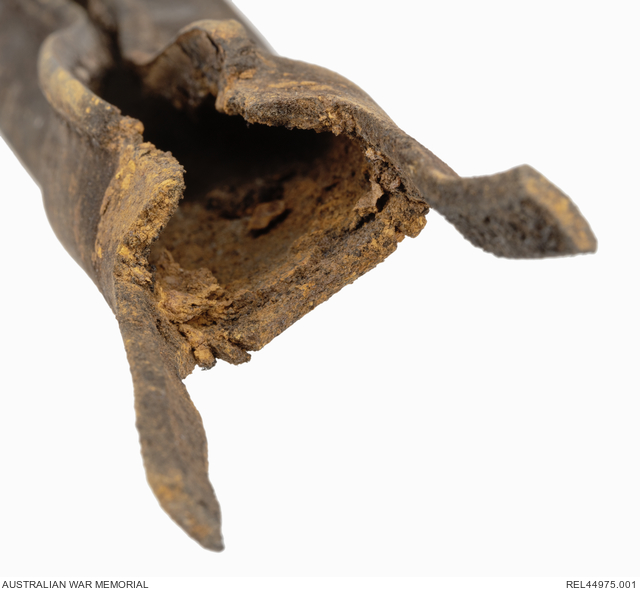 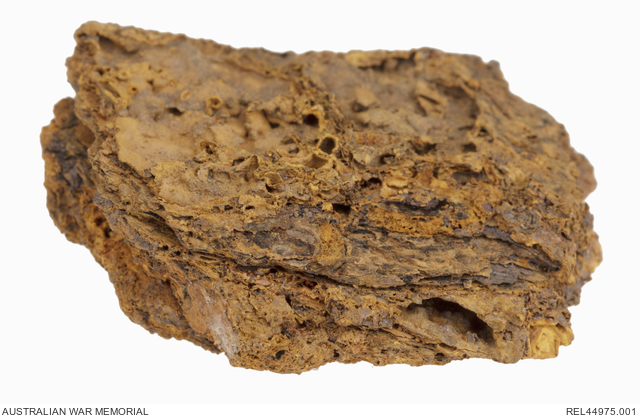 Pattern 1907 leather bayonet scabbard, missing locket and chape. A corroded metal fragment is present possibly the remains of the chape.

Bayonet scabbard found with the remains of an unknown soldier in the Pheasant Wood mass grave at Fromelles.