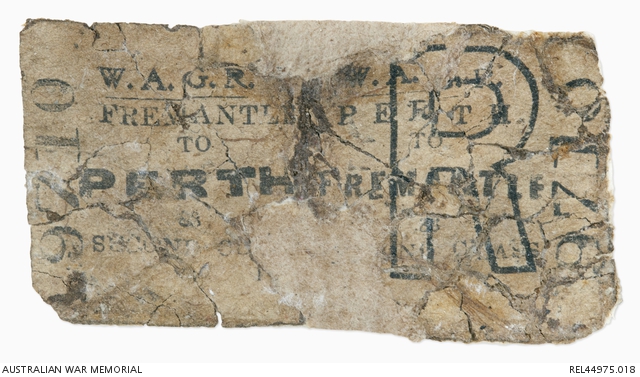 Paper return railway ticket, numbered at both ends '9710', for Fremantle-Perth-Fremantle. A large letter 'R' is printed on the right side. Issued by the West Australian Government Railways & Tramways.

Railway ticket for Fremantle to Perth return, found with the remains of an unknown soldier in the Pheasant Wood mass grave at Fromelles.