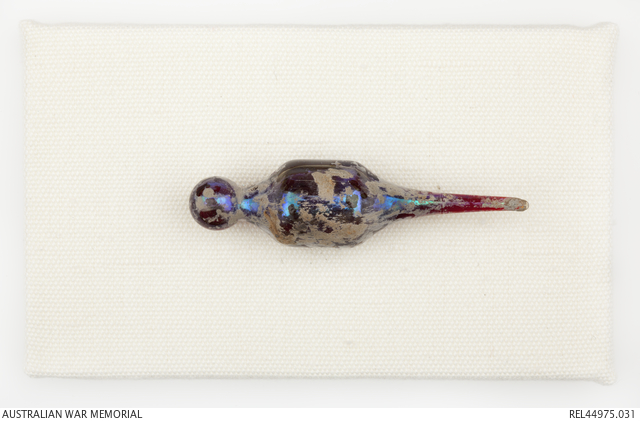 Private Henry Mayer, C Company 55 Battalion, was born in Lancashire England in 1894. The youngest of five siblings (Emma, Joseph, Oswald, Alice and Lucy), Mayer came to Australia in 1912 with his brother Joseph aboard the Zealandia when he was 18 years old. He was working as a railway employee when he enlisted in July 1915 and embarked on HMAT Argyllshire on 30 September 1915. Originally with 3 Battalion, Mayer was transferred to the new 55 Battalion in February 1916 while training in Egypt. He appeared to have a little trouble adjusting to military life and twice was ordered to field punishment number 2 during his time in Egypt. The first was three days for hesitating to obey an order and the second was six days for conduct to prejudice of good order and military discipline.

On 29 May 1916, Mayer embarked on the MT Caledonian from Alexandria and disembarked Marseilles ten days later. At this time, about 75 per cent of the battalion were new recruits and within weeks, found themselves on the front line and about to participate in the first major battle fought by Australians on the Western Front at Fromelles on 19 July. The battle of Fromelles, fought over a 24 hour period and resulting in over 5500 Australian casualties, is generally regarded as Australia's worst military disaster.

Many casualties occurred in the early part of the battle when there was a heavy bombardment from both sides. Some early casualties in the 14th Division were from friendly fire intended for the enemy wire. As part of 14th Division, 55 Battalion were on the left flank of the front line and very close to the German front line. At about 6.00 pm the first waves from C and D companies went forward and captured German trenches. Mayer was in a German trench firing his Lewis gun over the shoulder of his commander Lt Agassiz when he was shot in the head and killed instantly.

Unfortunately Mayer's body had to be left in the German trench when the company retired back to their original lines. Following the battle German troops buried many of the Australian and British dead in an unknown location near the site of the fighting, where they lay undisturbed for over 90 years. The soldier's bodies, including Mayer's, were eventually discovered in mass graves at Pheasant Wood in 2009 and have been reinterred in the newly established Fromelles (Pheasant Wood) Military Cemetery.