Group portrait of signallers from the 5th Battalion. From left to right: 3981 Private (Pte) ... 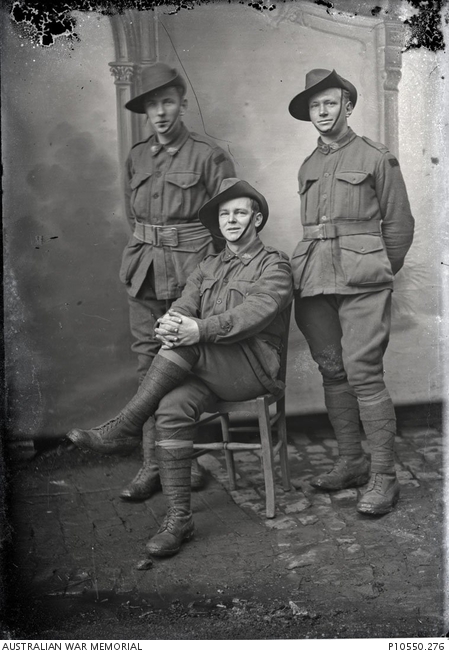 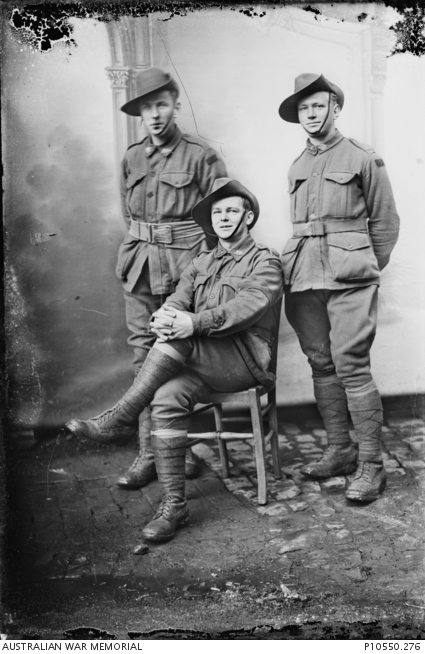 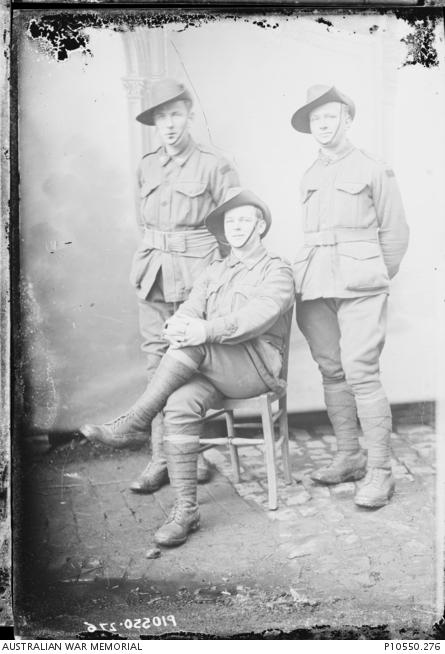 Group portrait of signallers from the 5th Battalion. From left to right: 3981 Private (Pte) William Pinkerton; 3980 Lance Corporal Horace Arnold Parton; 3976 Lance Corporal Ernest Gladstone Cubbins. Pinkerton, a grocer from Prahran, Victoria, and Cubbins, a salesman from Kew, Victoria were both awarded the Military Medal for their bravery while repairing communication lines during the Third Battle of Ypres in September 1917. Pte Pinkerton sustained a shrapnel wound to his right knee in August 1918, and after convalescing returned to Australia in May 1919. Horace Parton was an accountant from Richmond, Victoria, and with Cubbins and other members of their unit sustained injuries from gas in August 1918. Both also returned to Australia in May 1919. (See also P10550.689).
Horace Parton enlisted in the Second World War and served as a Warrant Officer with RAAF Headquarters in Melbourne. He was hospitalized with illness possibly relating to the gas injuries from his earlier service, and he died in December 1943 at the age of 52.