Group portrait of officers of the 23rd Battalion aboard HMAT Euripides en route to Egypt. From ... 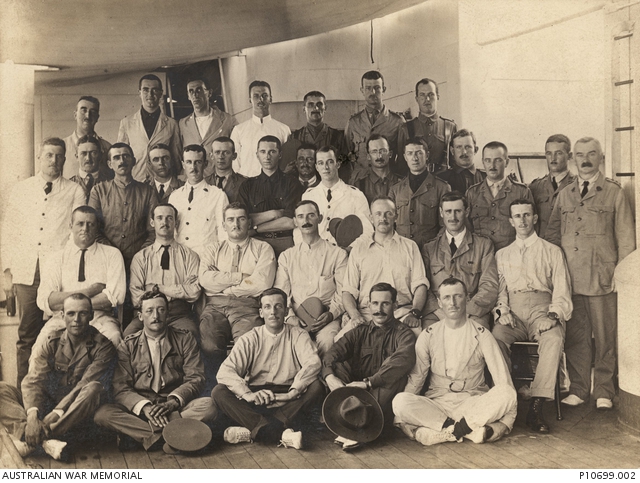