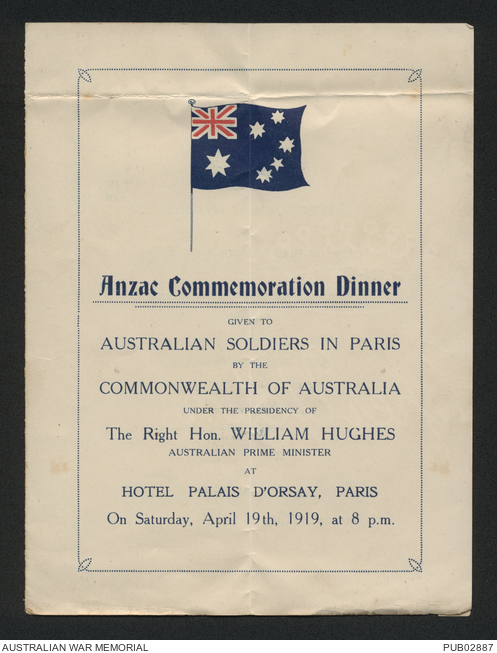 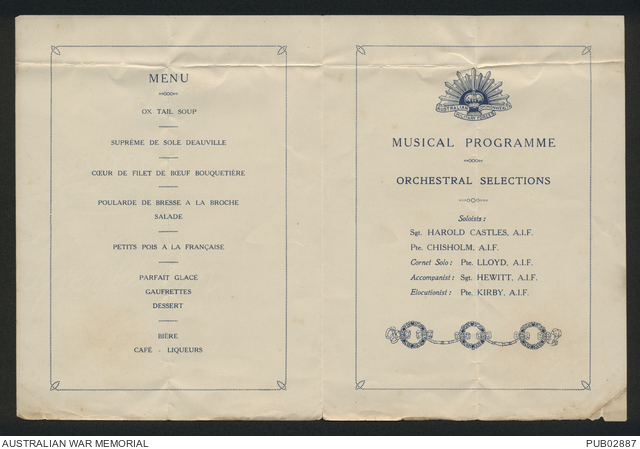 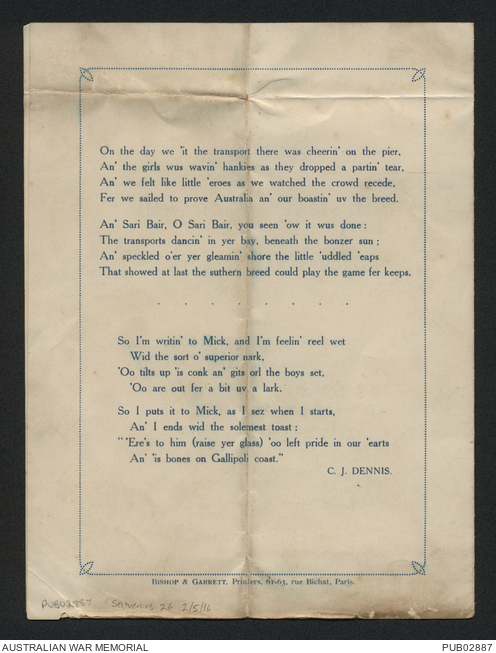 ANZAC Commemoration Dinner menu and music program given to Australian Soldiers in Paris by the Commonwealth of Australia under the Presidency of The Right Hon. William Hughes (then Austrailan Prime Minister) at Hotel Palais D'Orsay. The function was held on Saturday, April 19th, 1919, at 8 p.m. The evening's menu consisted of French dishes and included a musical program as entertainment. On the back page of the program is a poem about leaving Australian shores and taking up the cause for Australia.