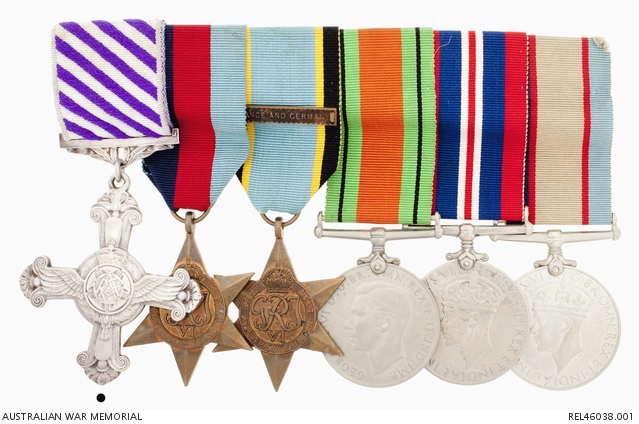 Joining No 90 Squadron, RAF Woods flew a total of 200 operational hours and completed a tour of 30 operations. He carried out multiple night and day bombing raids across France and Germany, including over Bordeaux, Calais, Cleves, Bonn, Stuttgart, Essen, Hamburg and Trier. He was awarded the Distinguished Flying Cross in April 1945. His citation reads:

'This officer has completed numerous operations against the enemy in the course of which he has displayed the utmost courage, fortitude and devotion to duty'.

Woods was discharged with the rank of Flying officer on 14 December 1945.