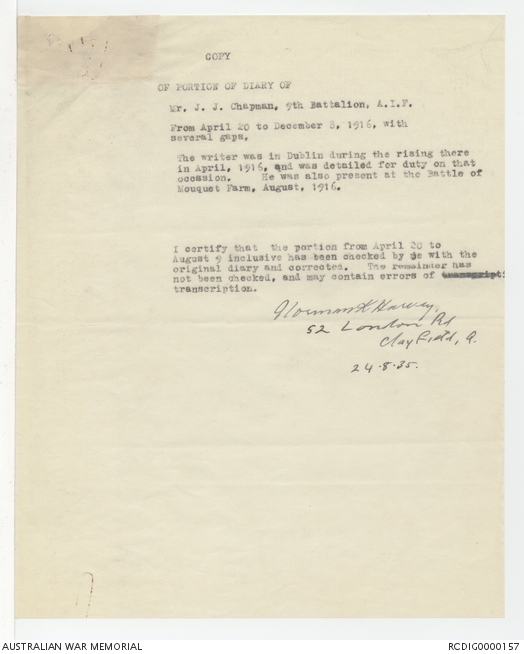 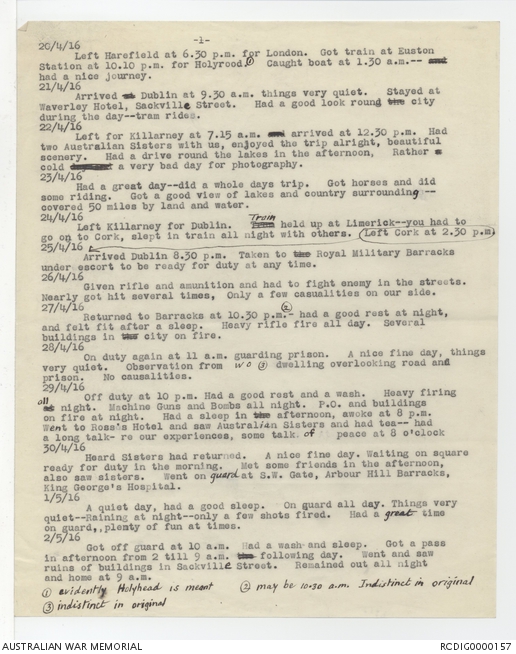 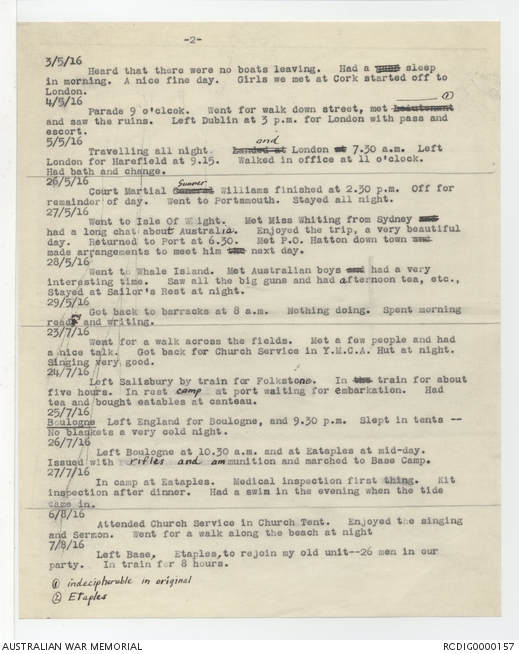 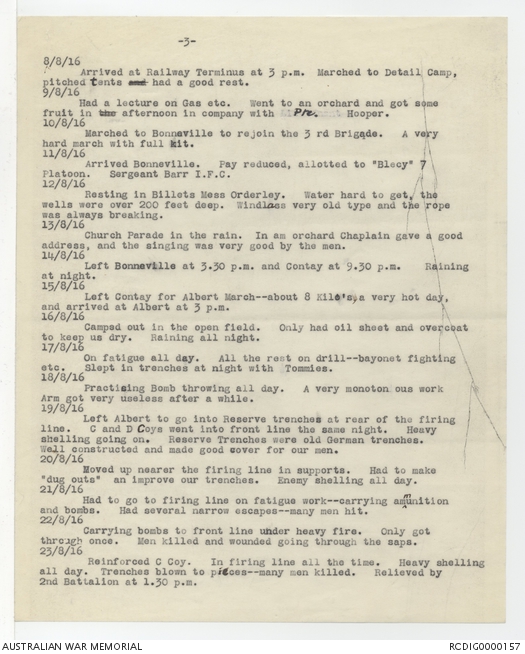 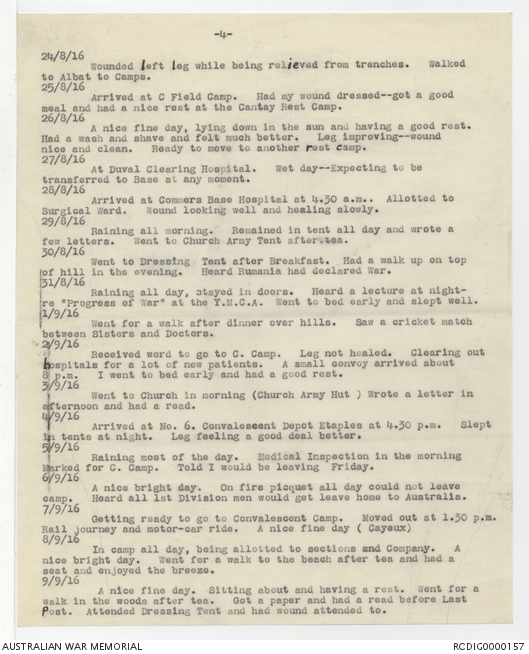 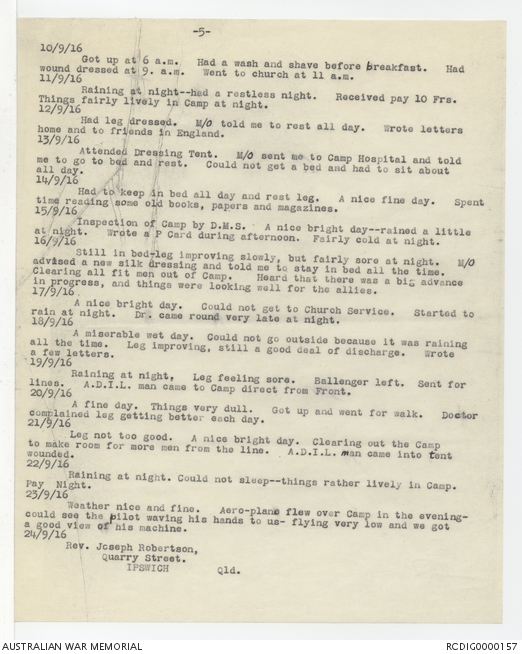 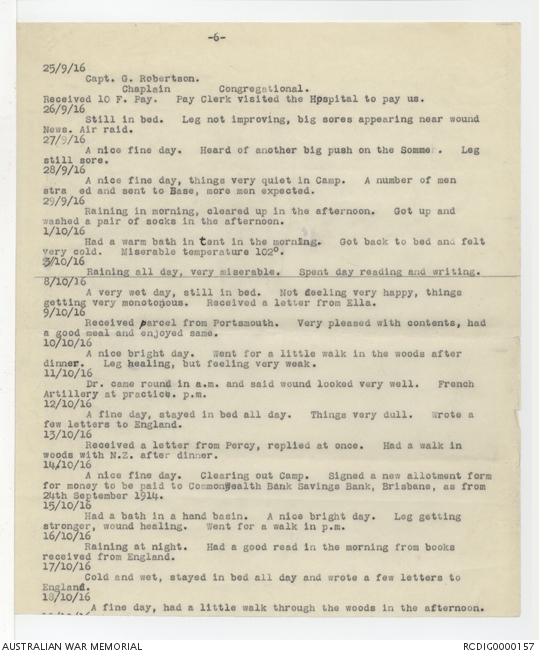 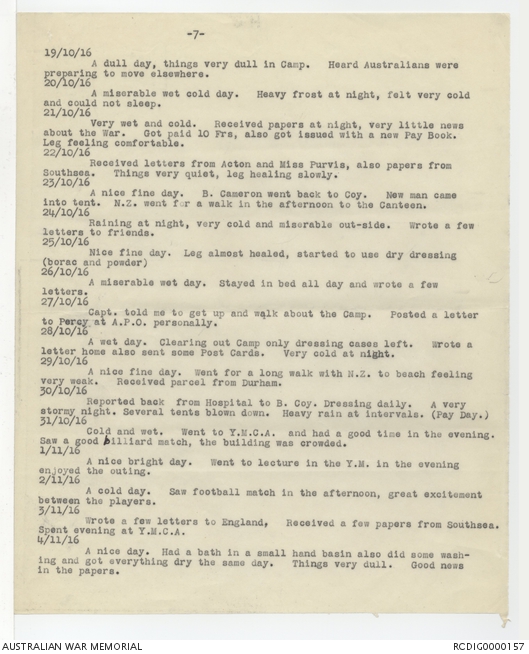 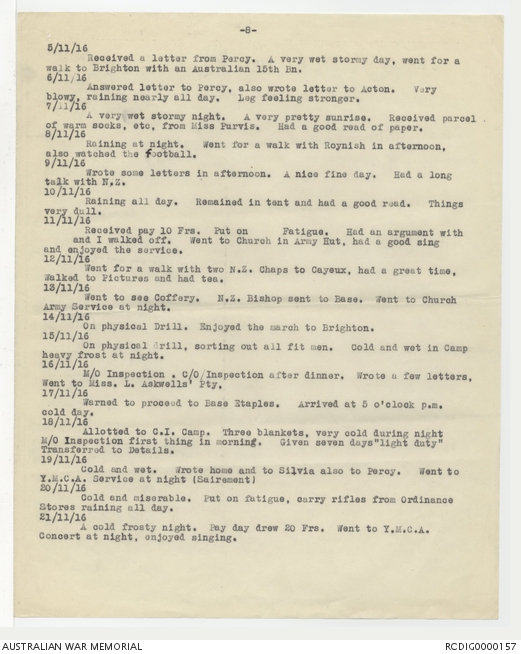 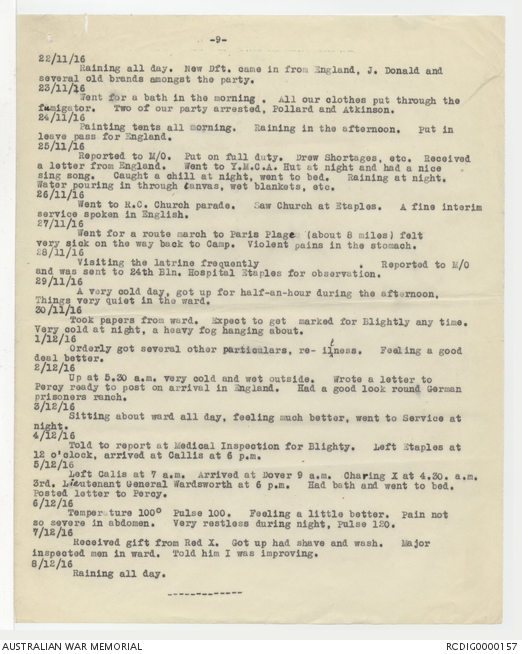 Transcript of diary extracts from diary relating to the First World War service of 993 Private John Joseph Chapman, 9th Battalion. These extracts are from a diary written by John Chapman between 20 April and 8 December 1916. In these extracts, John Chapman describes being wounded at Mouquet Farm and the difficulties of life in the trenches during the onset of winter. The transcript of diary extracts was made in 1936 by Mr N K Harvey of Manly, Queensland, in response to a request by the Memorial. The location of the original diary is unknown.