Letter from Richard Job Gardiner to his Father, 1916 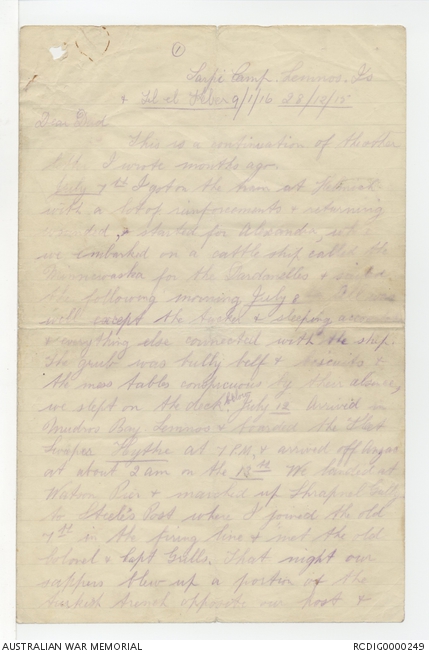 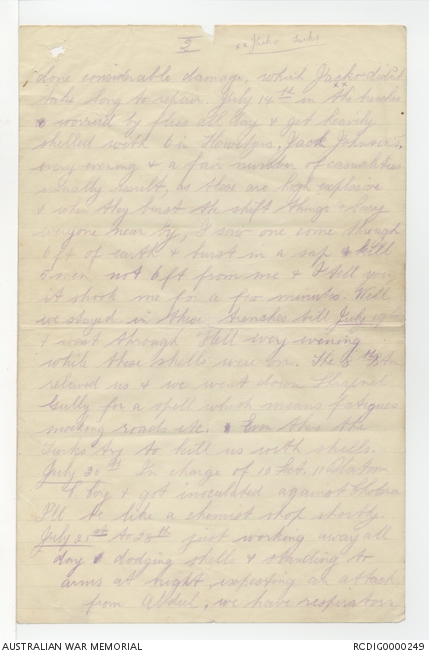 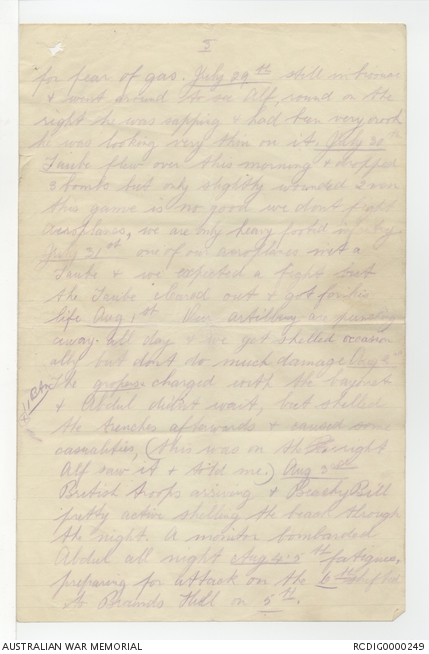 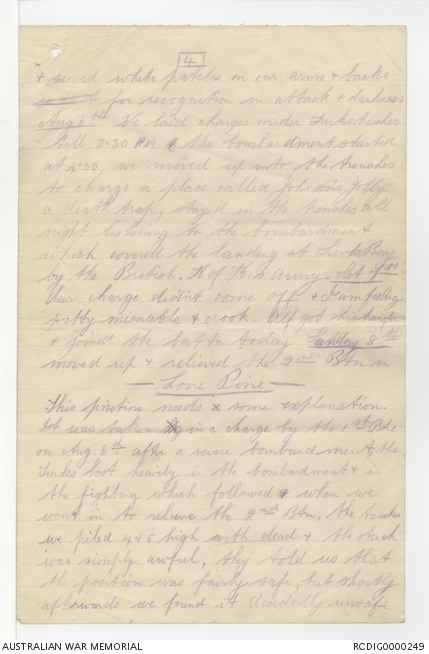 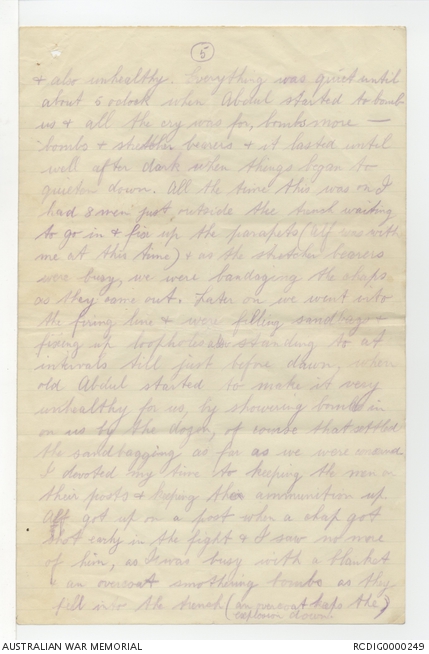 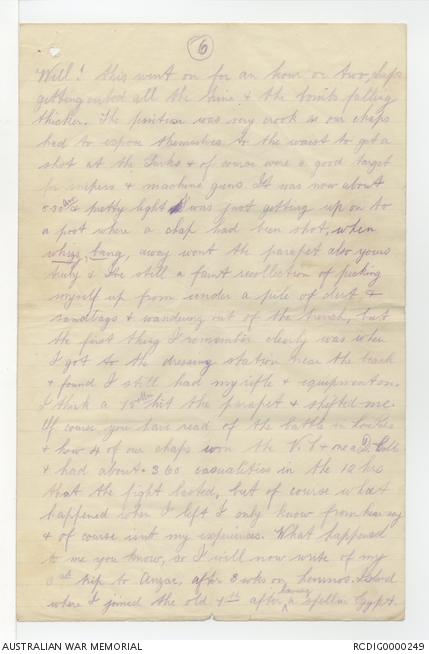 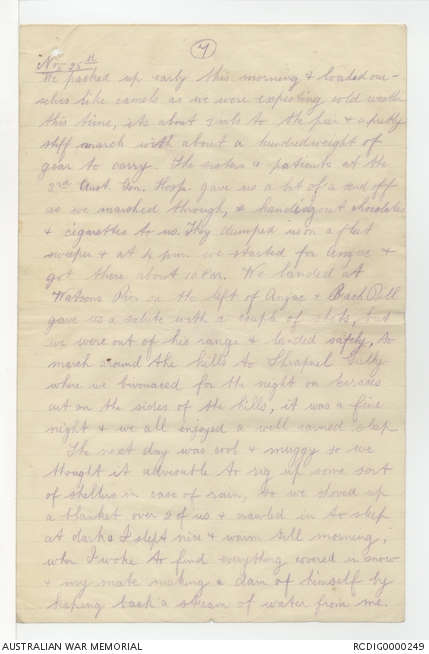 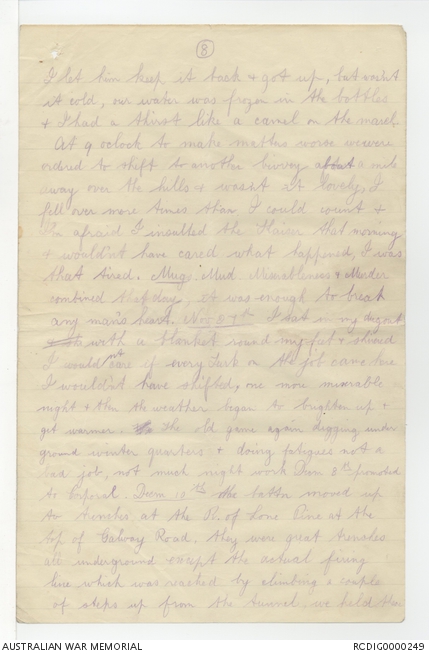 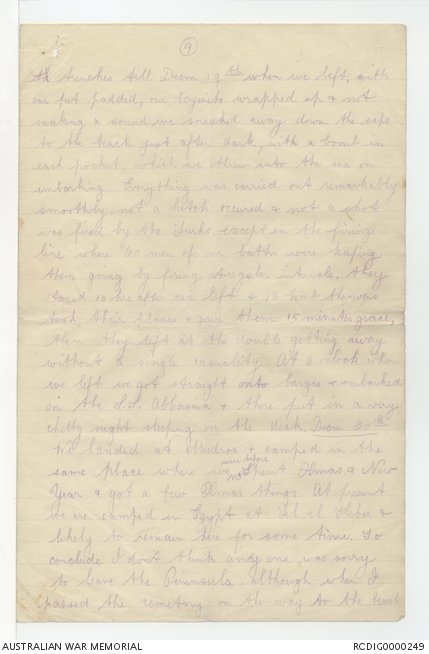 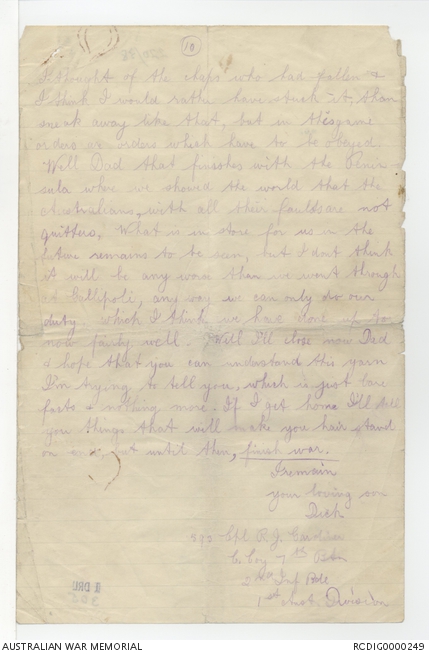 Letter relating to the First World War service of 593 Corporal Richard Job Gardiner, 7th Battalion. The letter was written by Richard Gardiner to his father between 28 December 1915 and 9 January 1916. In the letter, Gardiner describes his experiences since the 7 July 1915, including a detailed description of the actions of 7 Battalion at Lone Pine and the evacuation of troops from the peninsula.