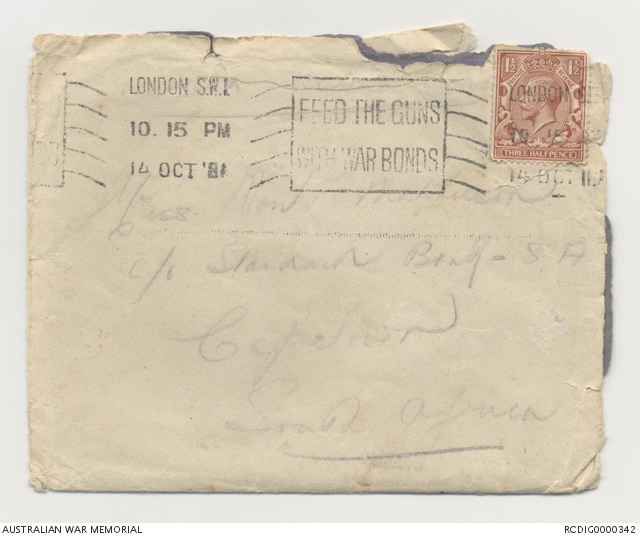 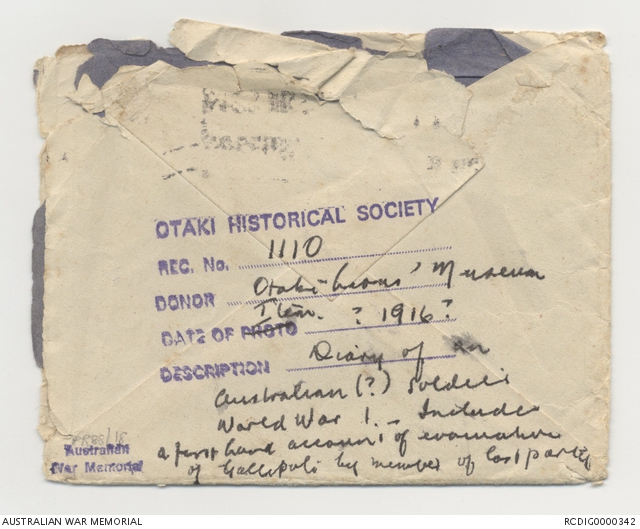 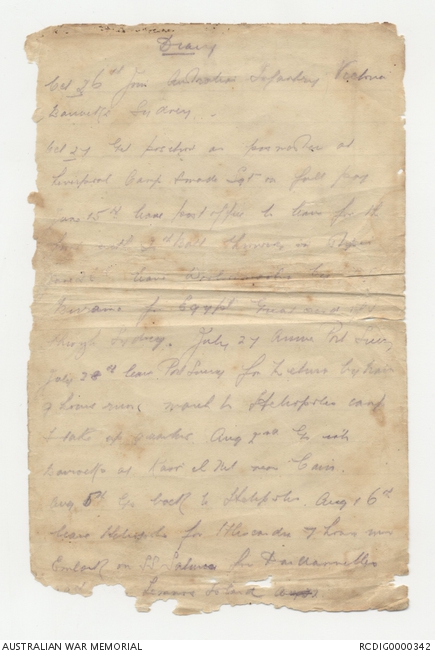 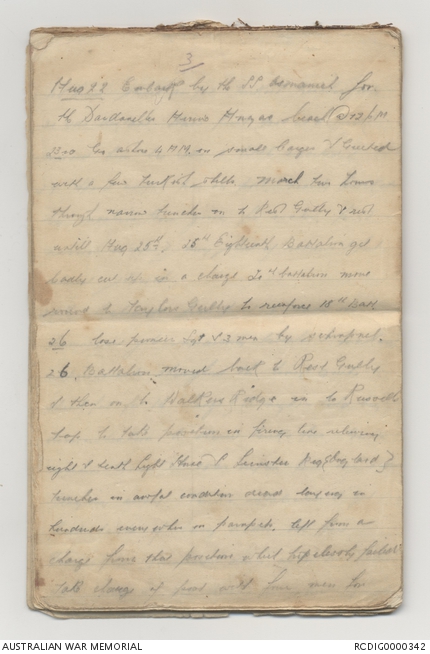 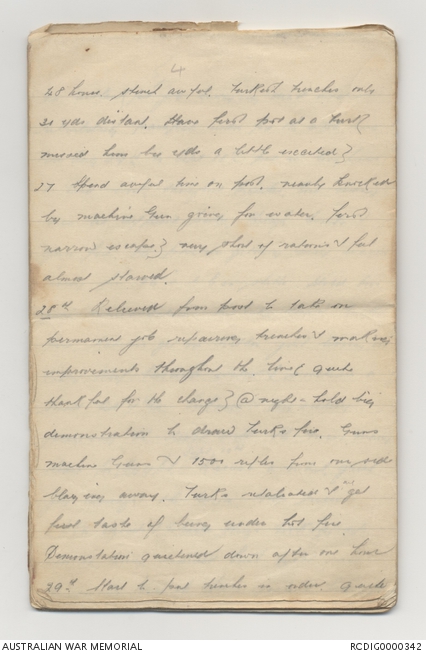 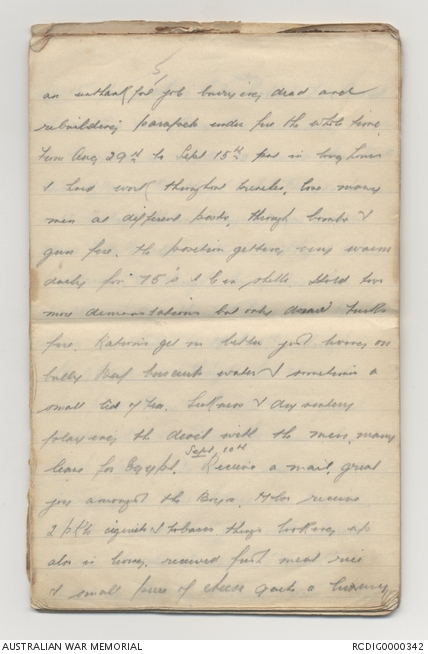 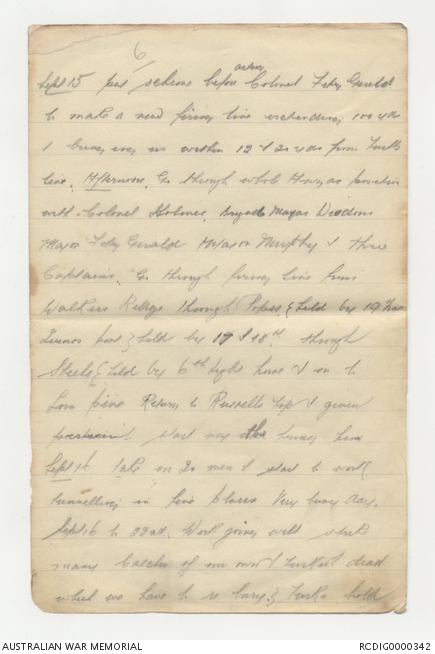 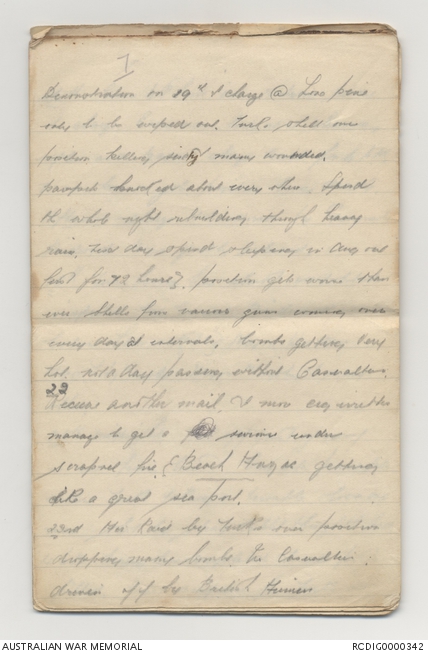 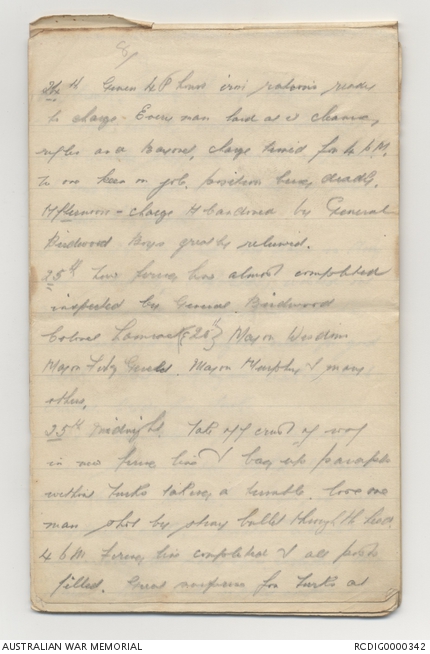 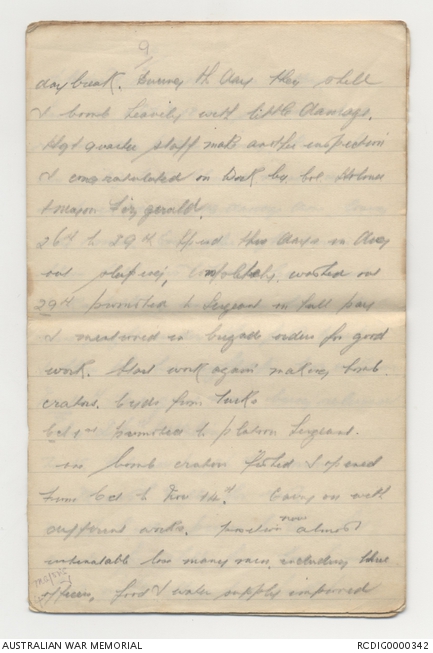 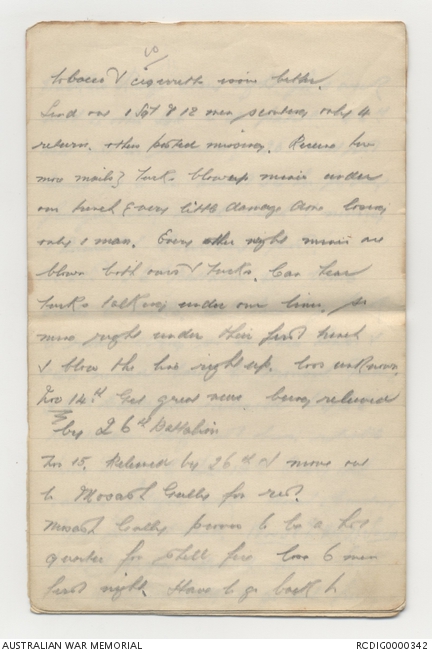 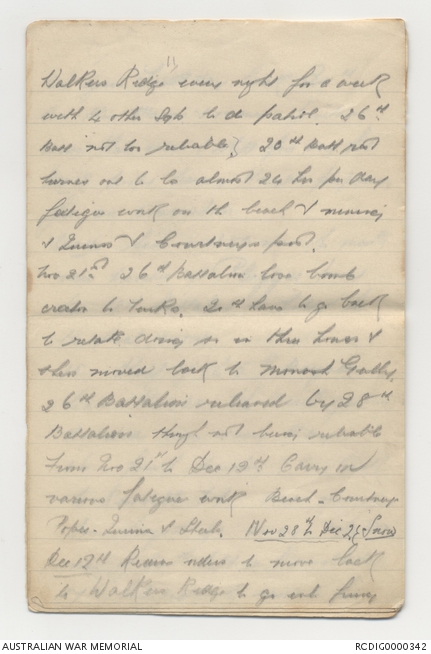 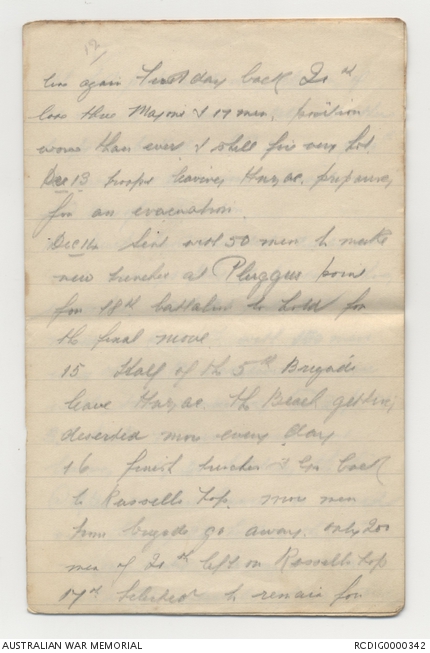 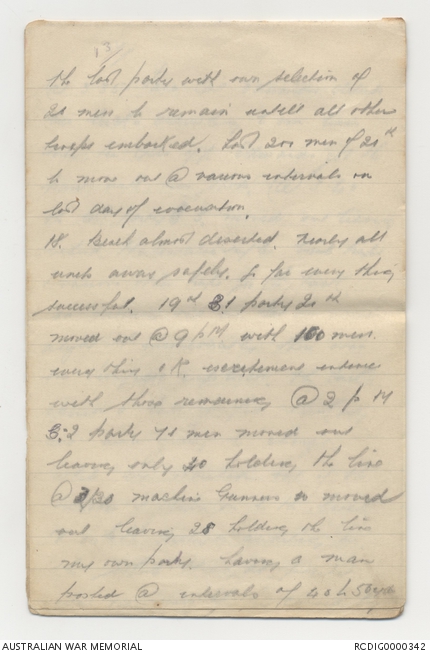 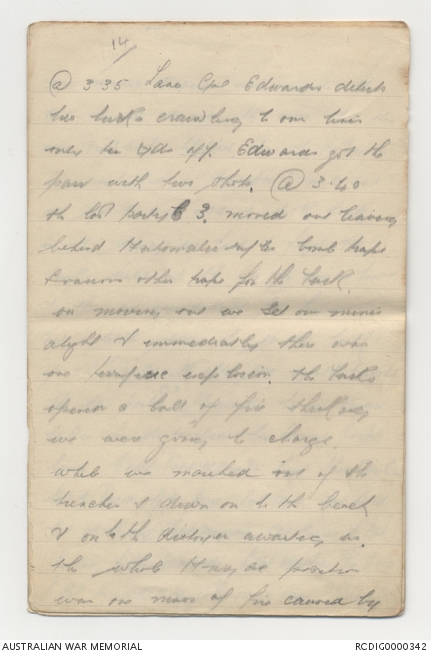 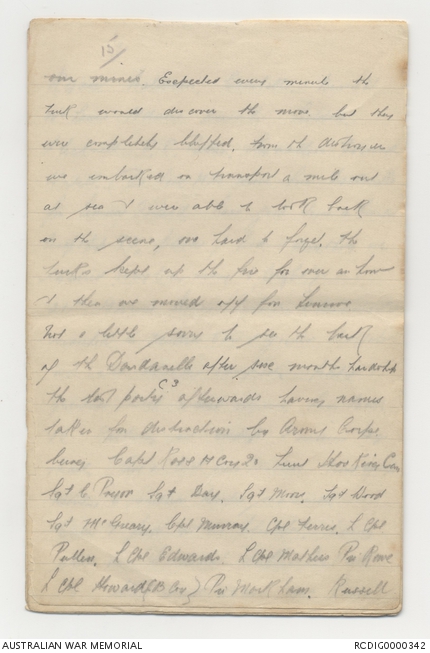 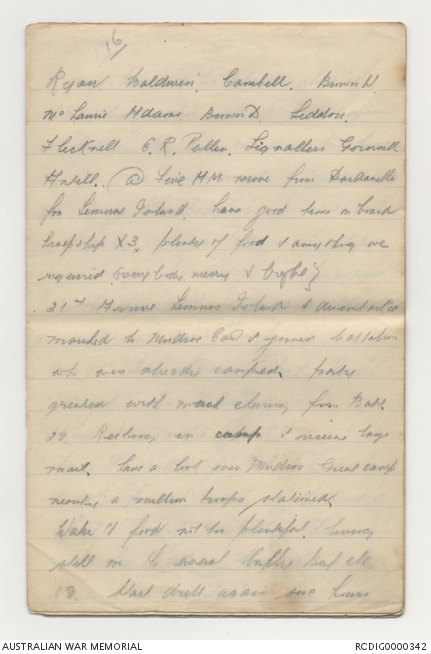 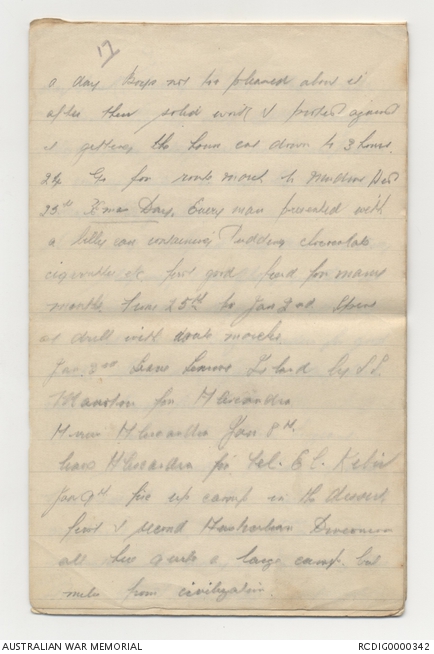 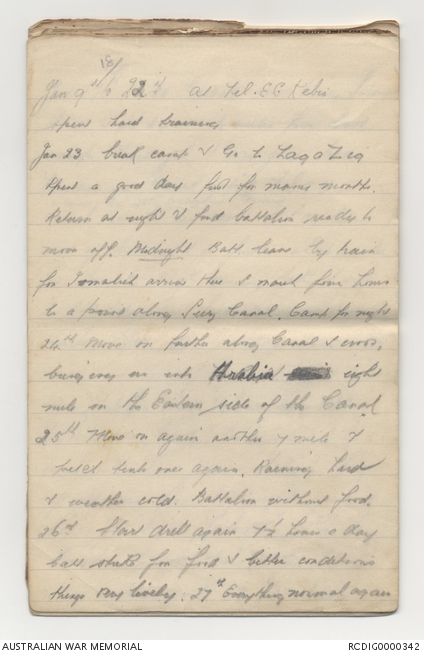 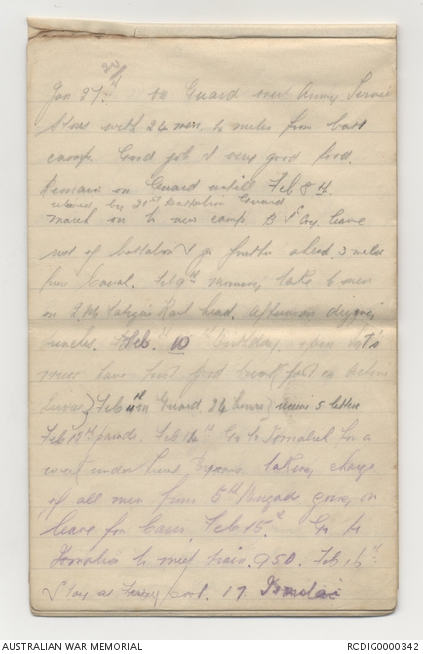 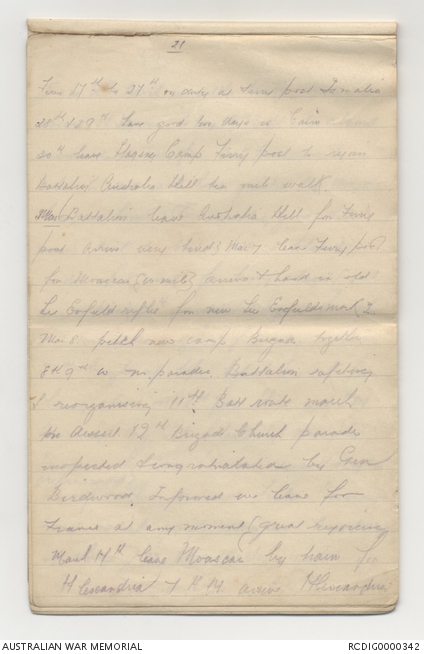 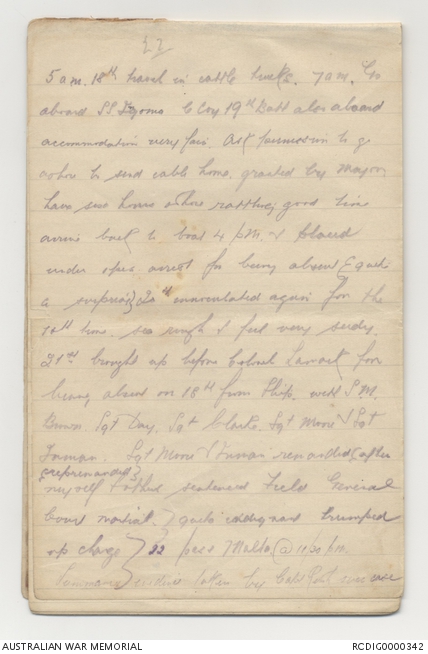 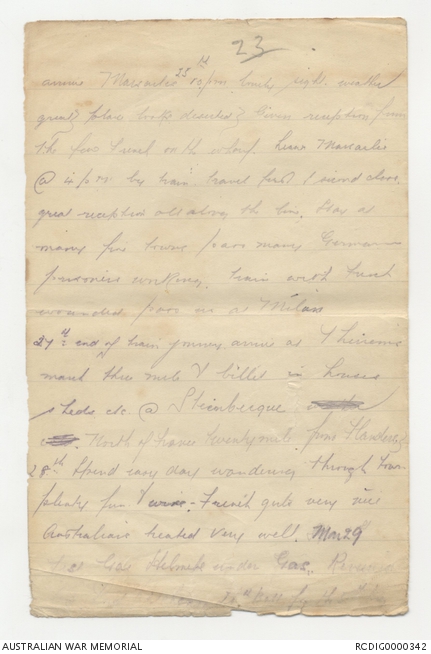 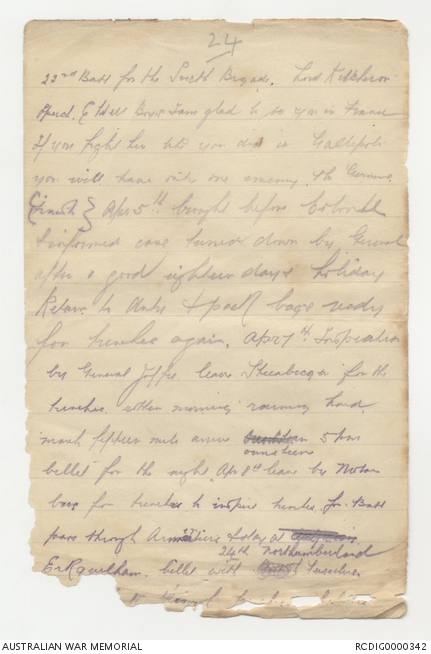 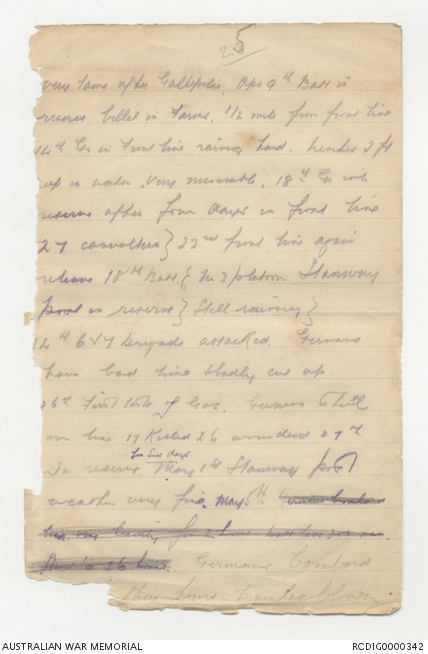 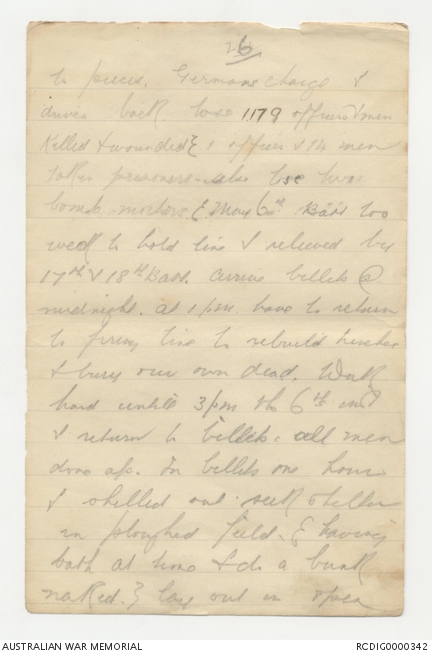 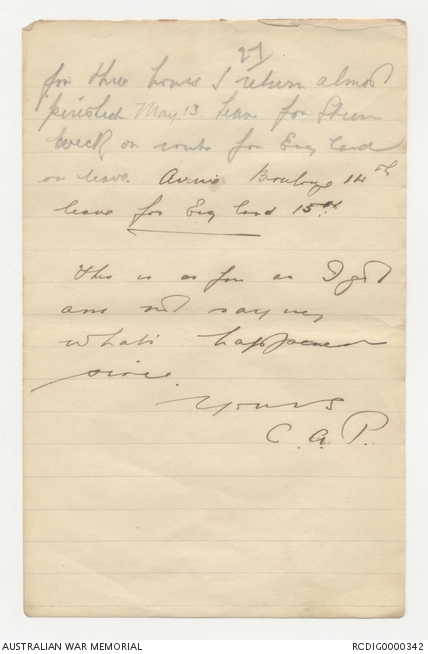 Diary relating to the First World War service of Lieutenant Cyril Arnold Pryor, 20th Battalion. The diary was written between 26 October 1914 to 13 May 1916 and covers Lieutenant Pryor's enlistement, his experiences at Gallipoli, particularly the August offensives, the evacuation from the peninsula and movement to France. The diary lists a party of men purported to be the last group at Gallipoli. It also includes the envelope in which it was sent.