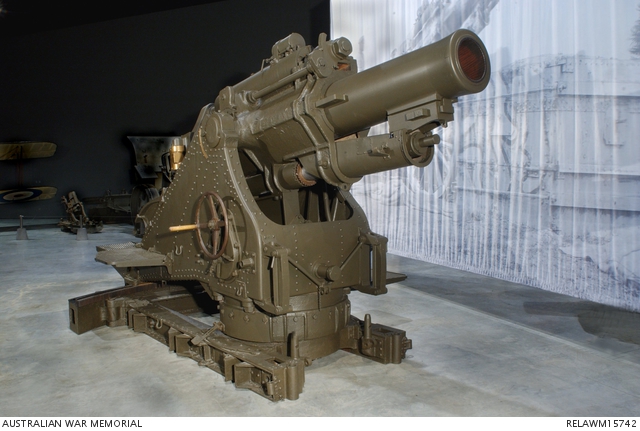 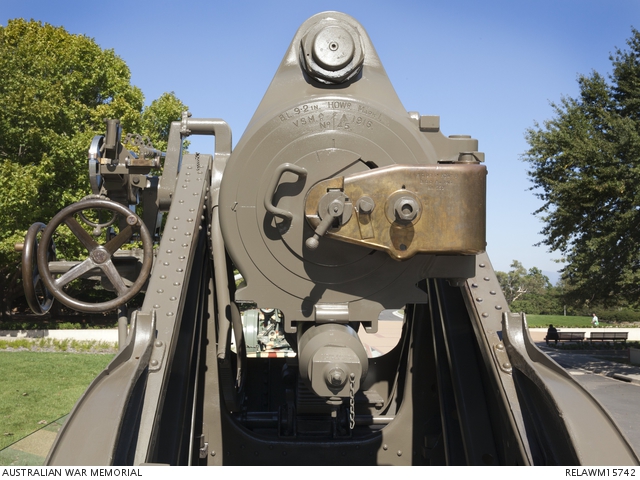 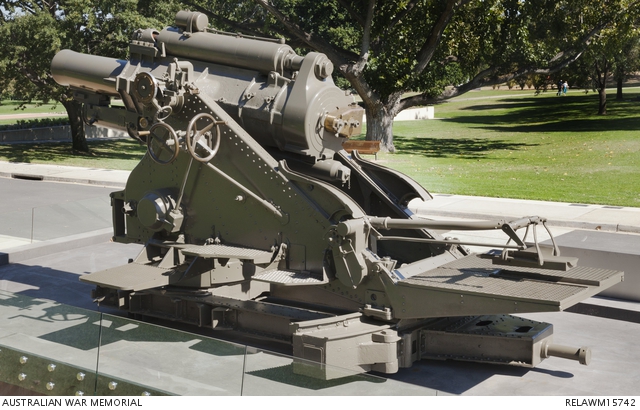 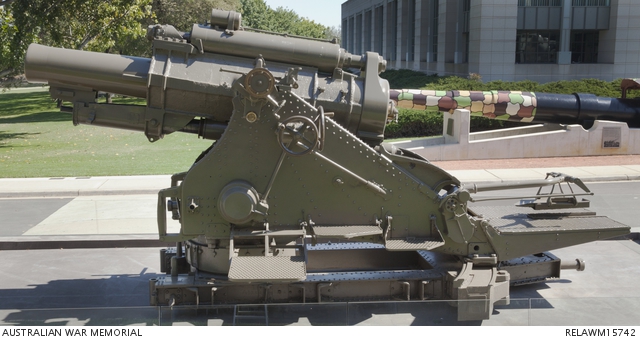 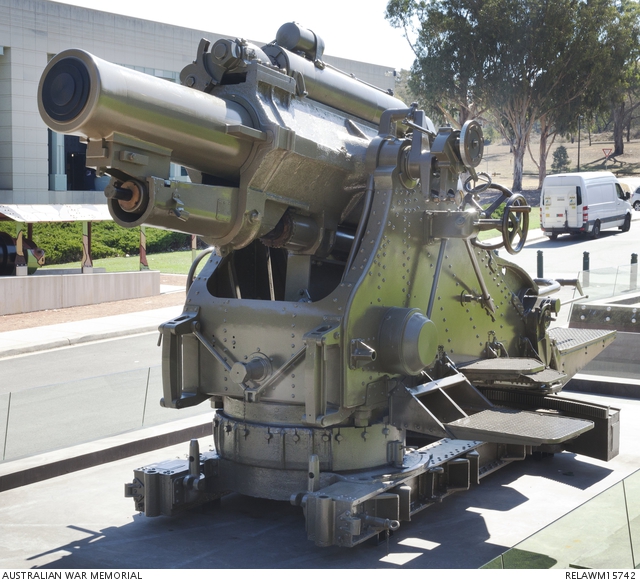 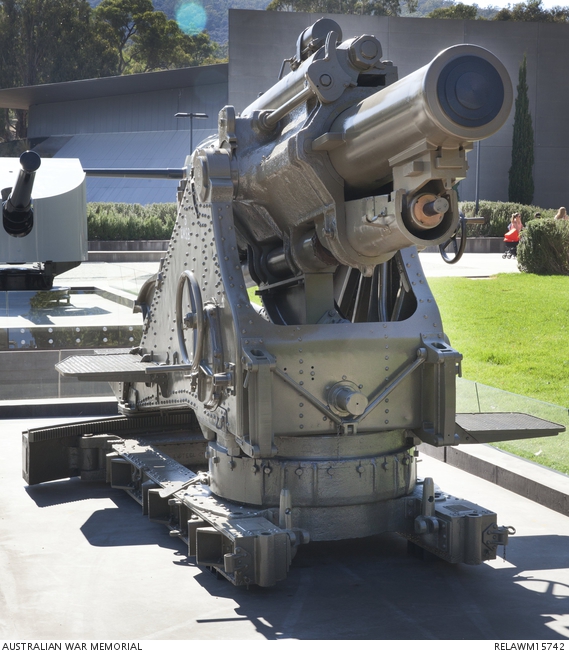 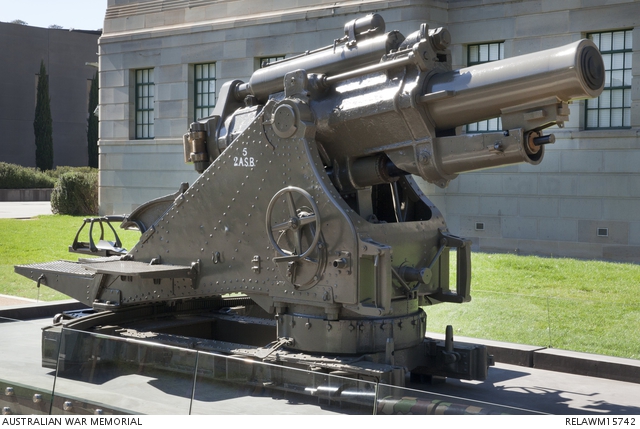 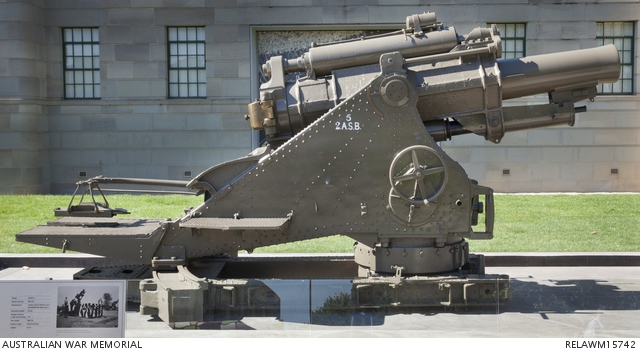 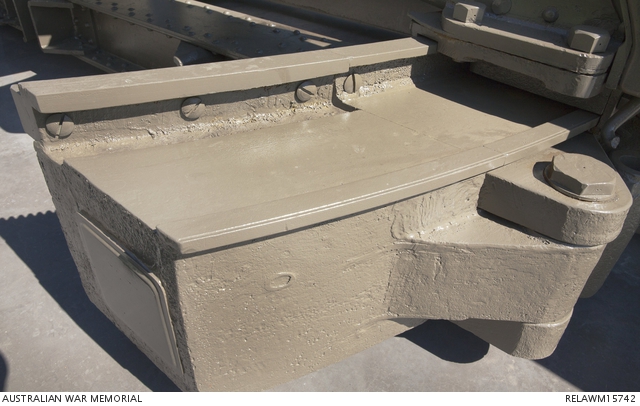 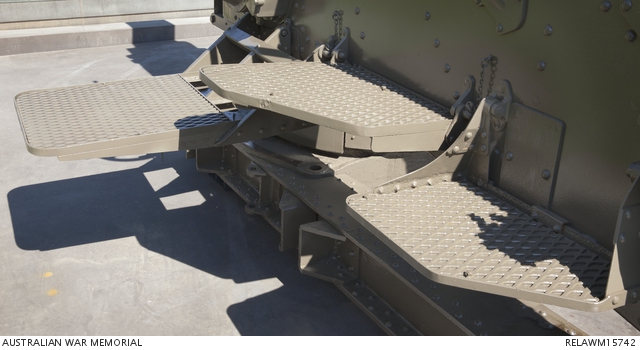 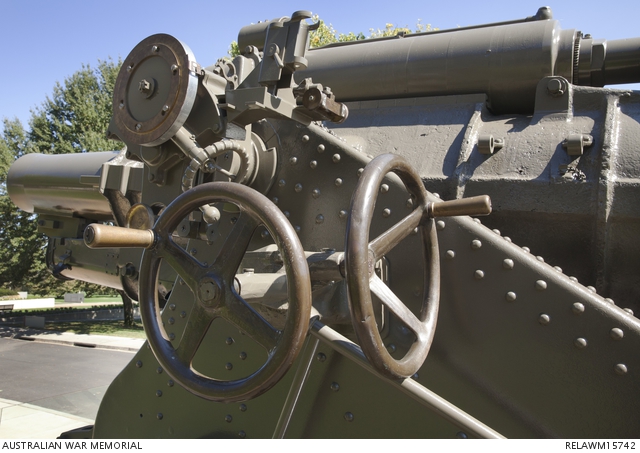 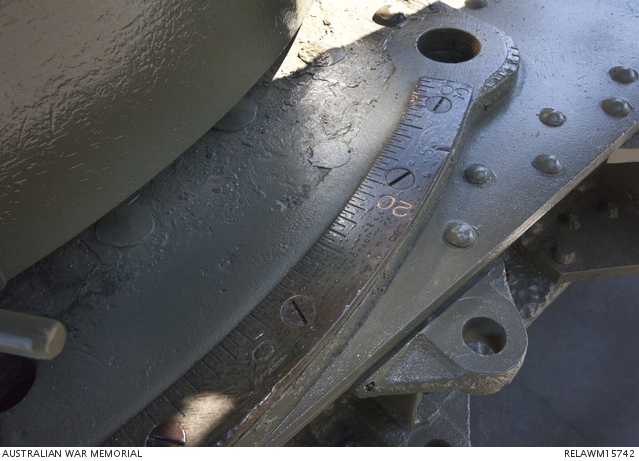 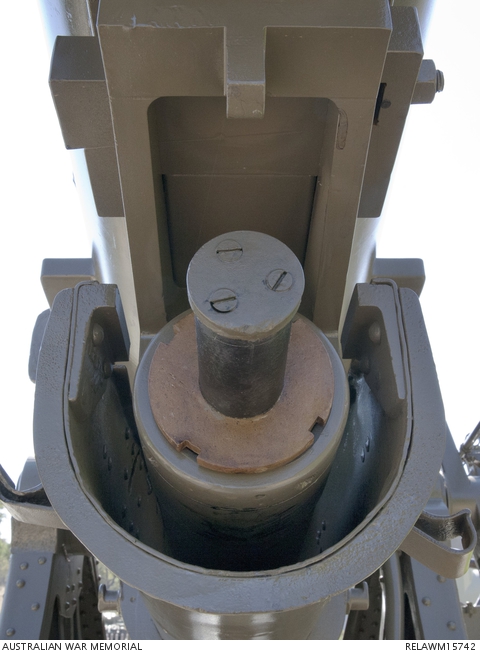 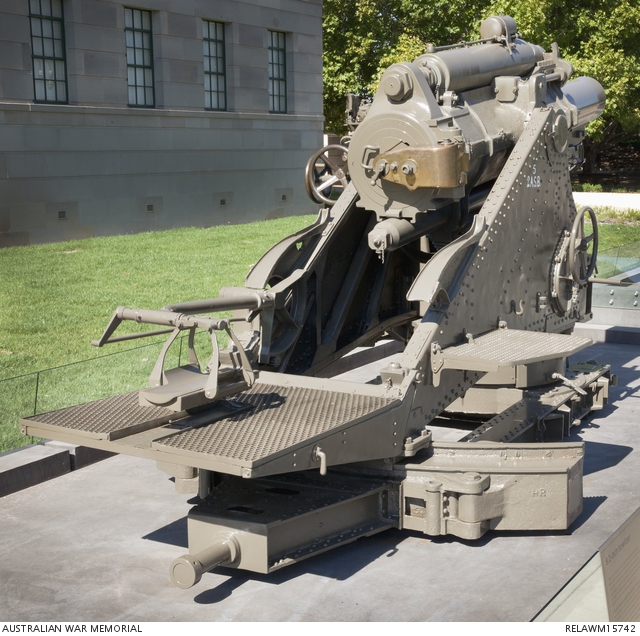 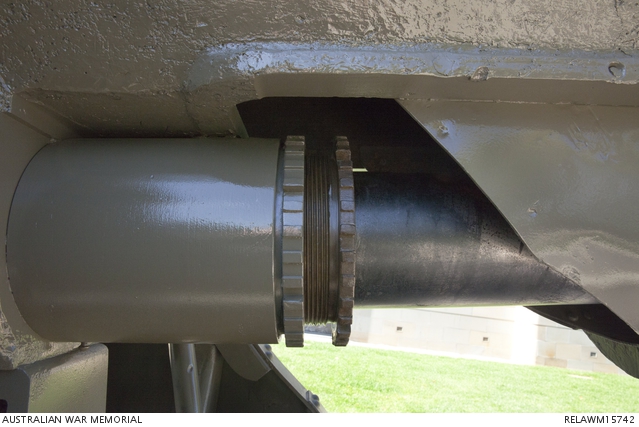 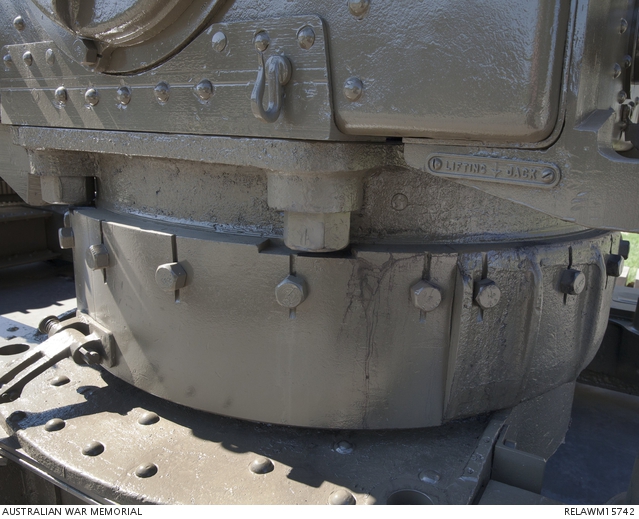 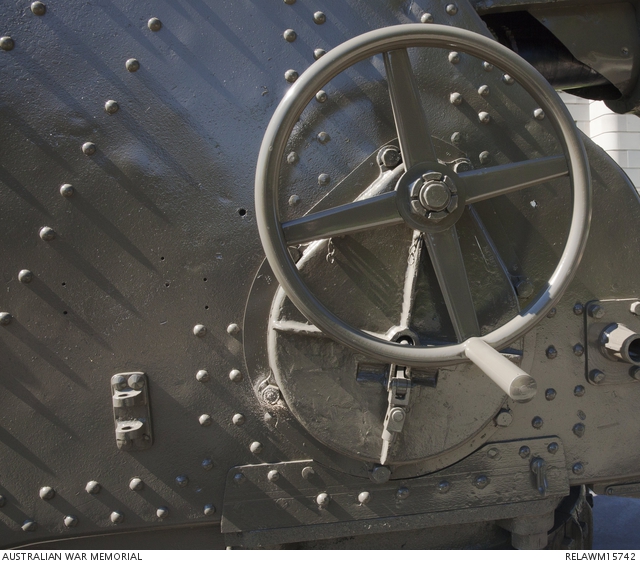 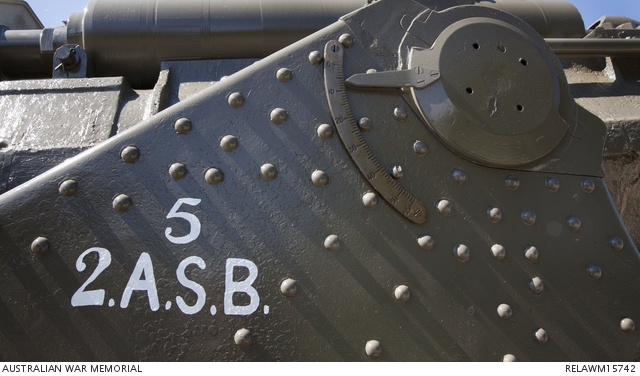 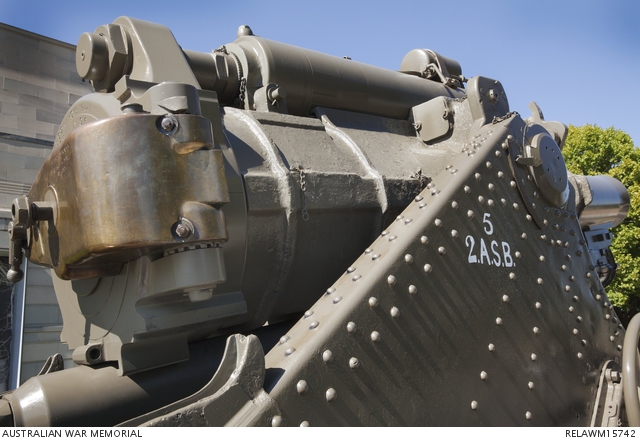 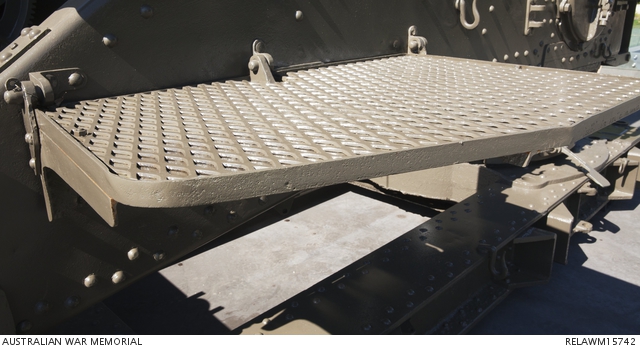 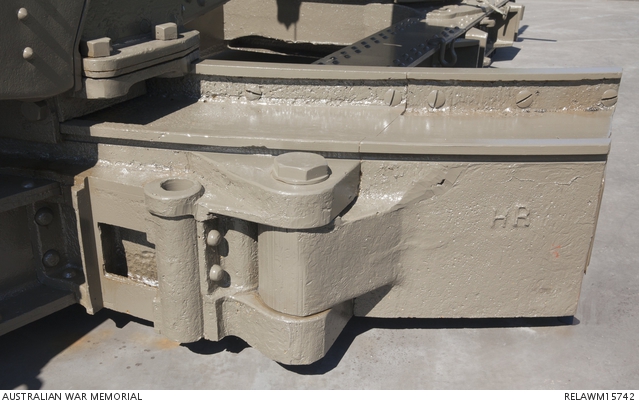 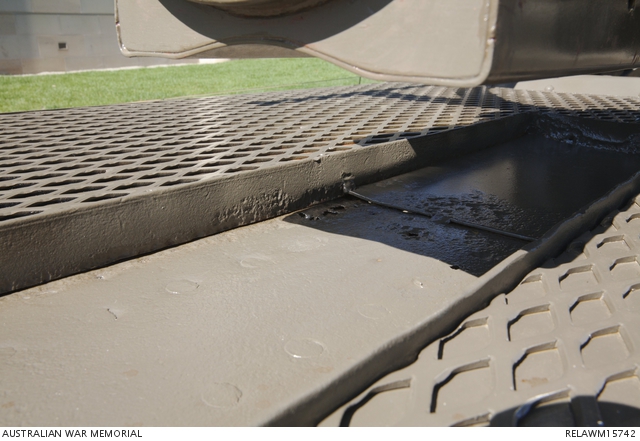 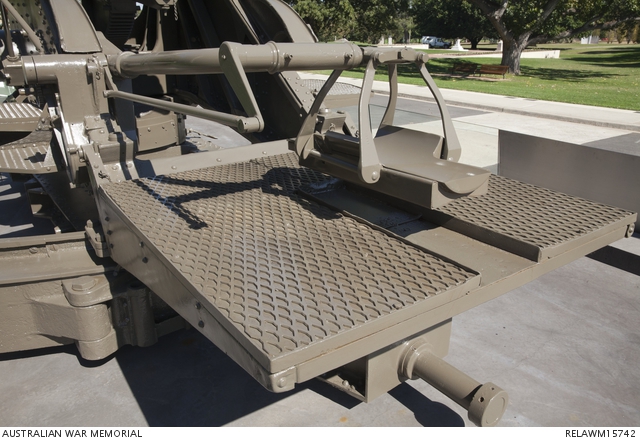 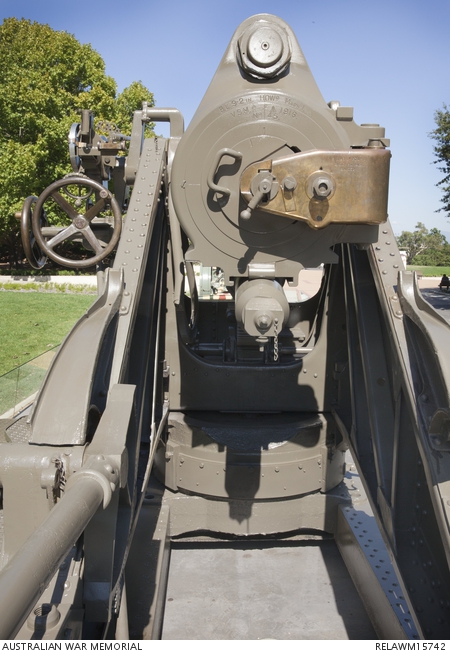 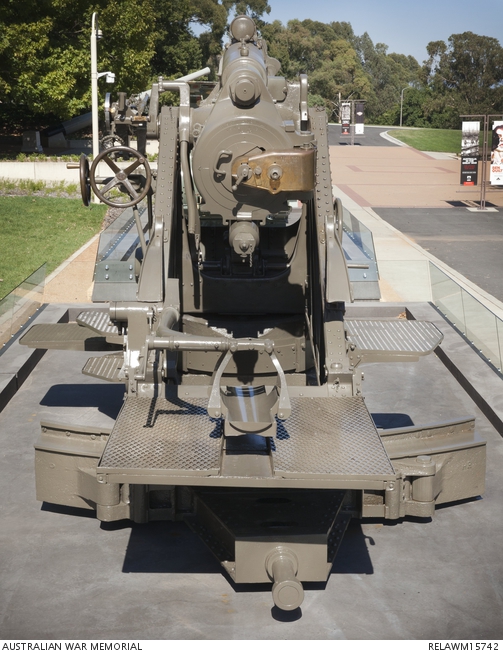 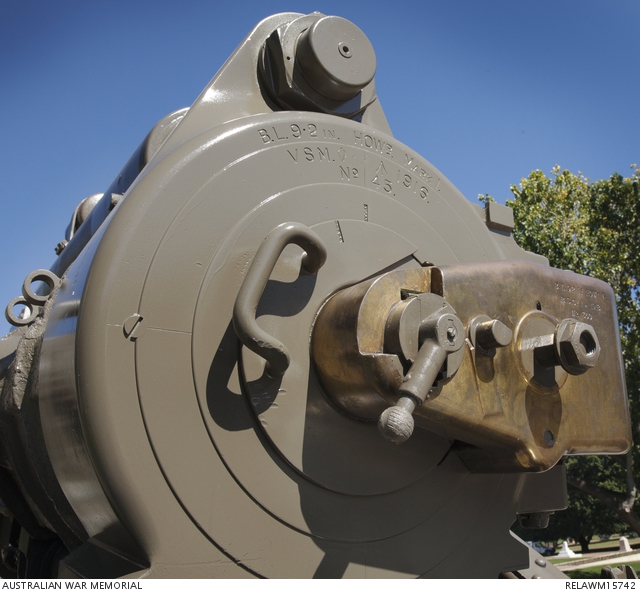 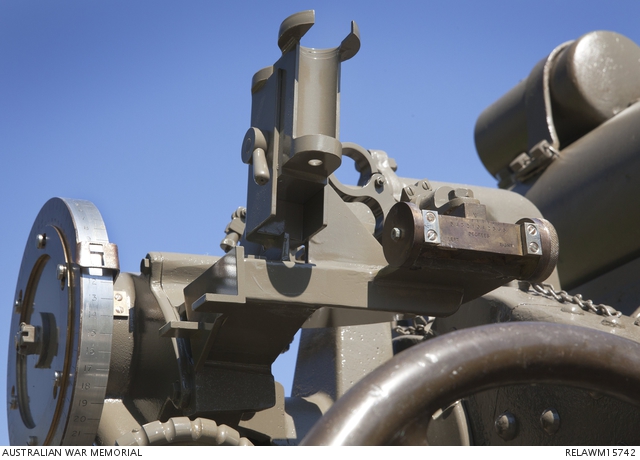 This howitzer was received by the Australian War Memorial in 1939 and subsequently made available for proof purposes to the artillery proof range (Proof and Experimental Establishment) at Port Wakefield, South Australia (SA). It was returned to the Memorial's Sydney store in April 1949. The howitzer was then loaned to the Royal Australian Artillery at Holsworthy, where it remained on display until recovered to the Memorial in 1998. It is probable that this particular howitzer was used in action by the 55th Siege Battery in France in 1917.