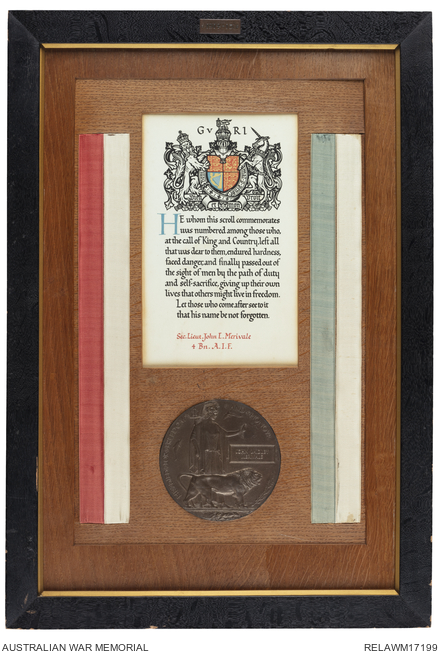 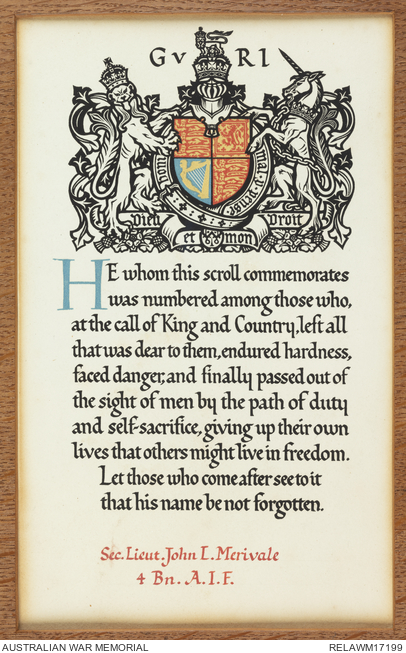 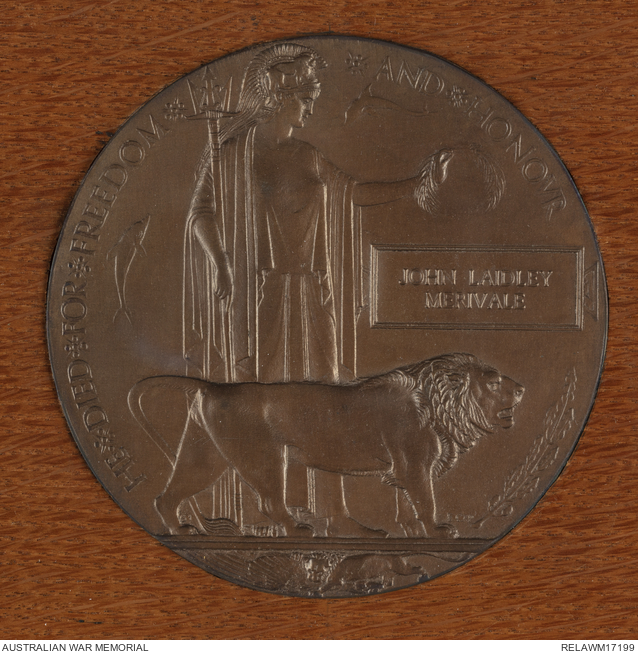 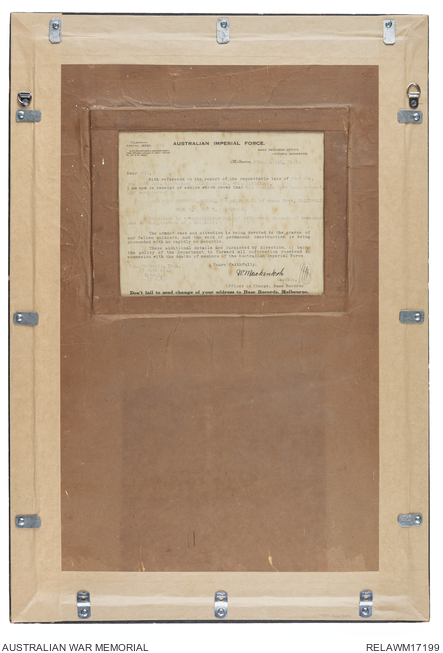 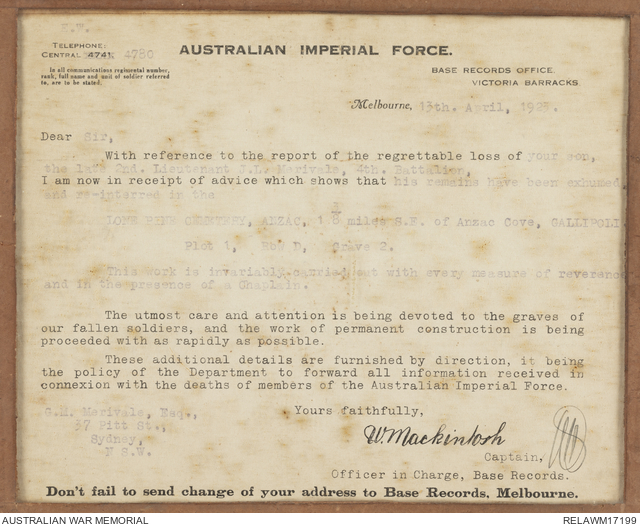 Bronze next of kin plaque, showing on the obverse, Britannia holding a laurel wreath, the British lion, dolphins, a spray of oak leaves and the words 'HE DIED FOR FREEDOM AND HONOUR' around the edge. Beneath the main figures, the British lion defeats the German eagle. The initials 'ECP', for the designer Edward Carter Preston appear above the lion's right forepaw. A raised rectangle above the lion's head bears the name 'JOHN LAIDLEY MERIVALE'.

The plaque set into a wooden backing is housed in a glazed black painted frame with a gold painted inner edge. Also set into the wood is the original printed scroll which accompanied the plaque with red handwritten calligraphy, 'Sec. Lieut. John L. Merivale 4 Bn. A.I.F.. A length of satin ribbon runs down each long side of the frame: red and white on the proper right, and green and white on the proper left. An engraved brass plate attached to the top of the frame reads '1914-15'. The back of the frame carries an original letter, protected with a clear celluloid cover. Dated 13 April 1923, from Base Records in Victoria, it is written to Merivale's parents advising them that his body has been relocated to the newly created Lone Pine Cemetery at Gallipoli.

John Laidley Merivale was born in Sydney in May 1887. He was working as an overseer when he enlisted in the AIF, on 21 October 1914. Merivale was assigned as a private, service number 154, to A Squadron, 6 Light Horse Regiment. The regiment sailed for Egypt from Sydney on 21 December, aboard the transport HMAT A29 Suevic.

Two days before the attack on Lone Pine Merivale was commissioned a second lieutenant. The attack began at 5.30 pm on 6 August. Immediately, a small party of men from the battalion, including Merivale, followed Major Iven Mackay as he ran across No Man's Land and over the roofed surface of the Turkish front trench towards his objective. As they ran, firing from the hip, they killed several Turks who were retreating along the trenches below. However, one of the Turks turned and shot 405 Sergeant Hugh Griffiths, and mortally wounded Merivale.

Merivale's body was not recovered until 9 August, when he was buried at Brown's Dip South Cemetery. In 1923 his remains were exhumed and reinterred in the Lone Pine Cemetery, Brown's Dip Plot. This commemorative plaque was sent to his father in the same year.