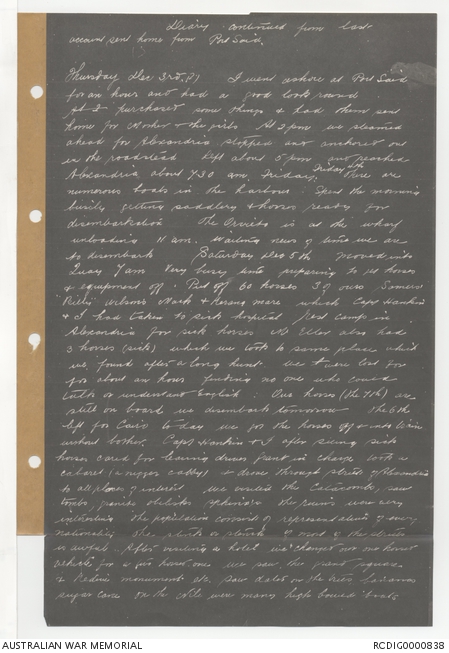 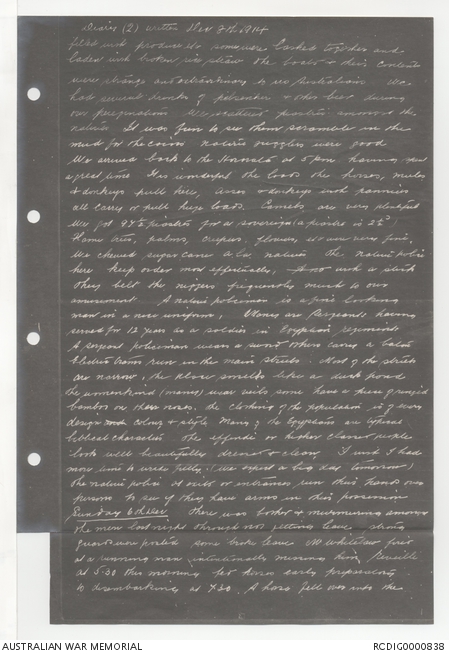 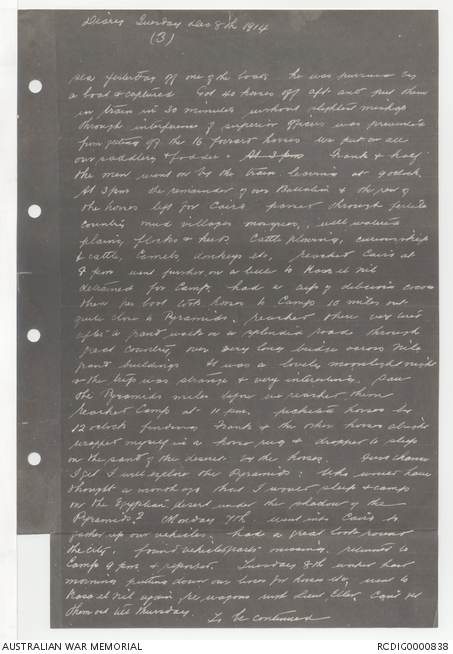 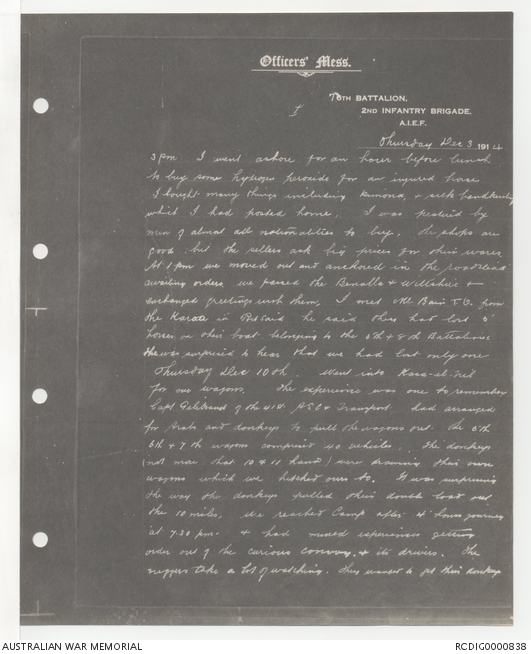 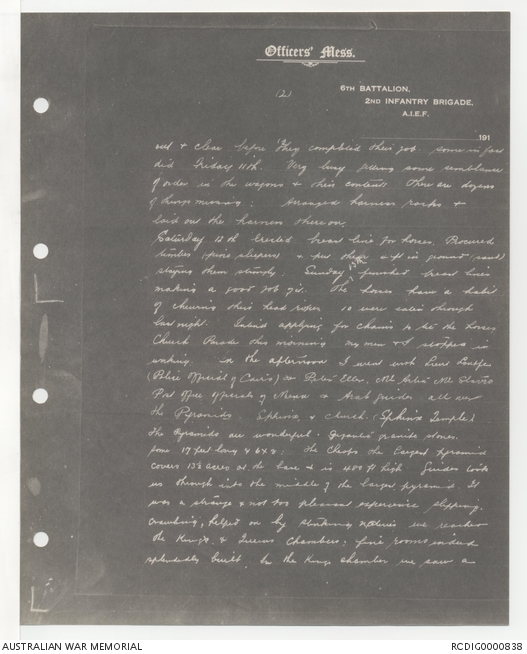 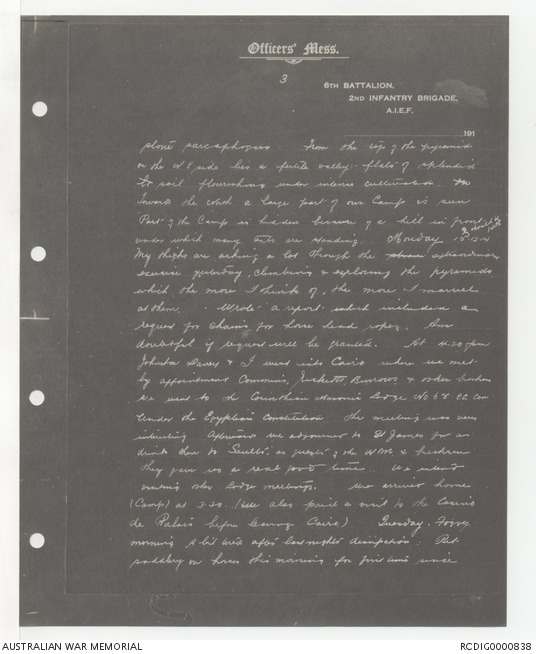 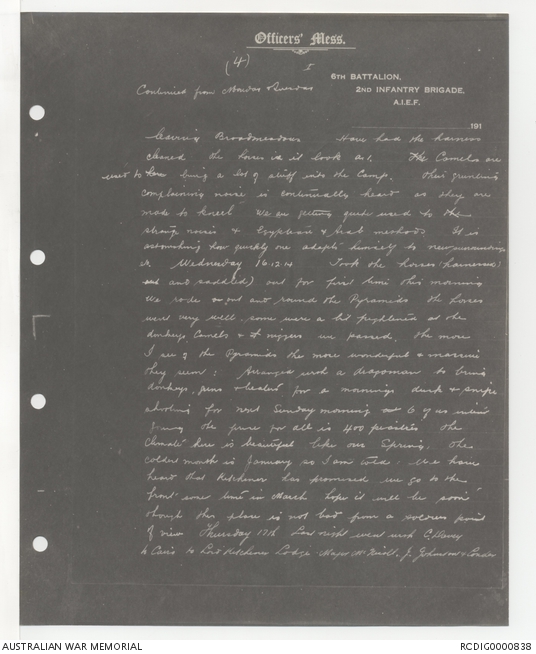 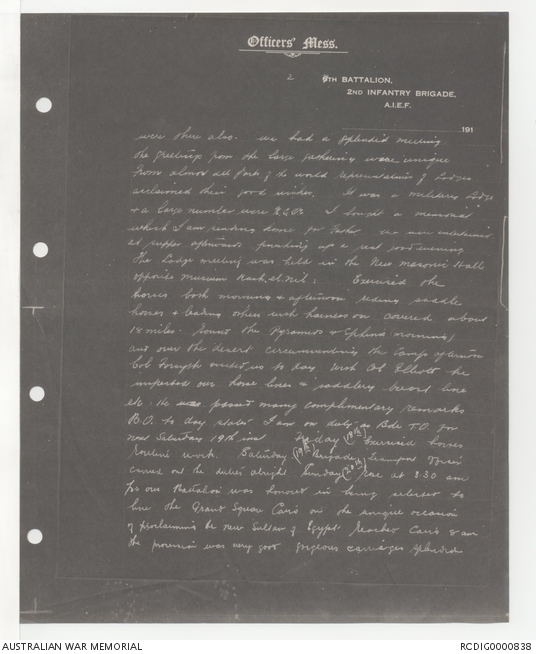 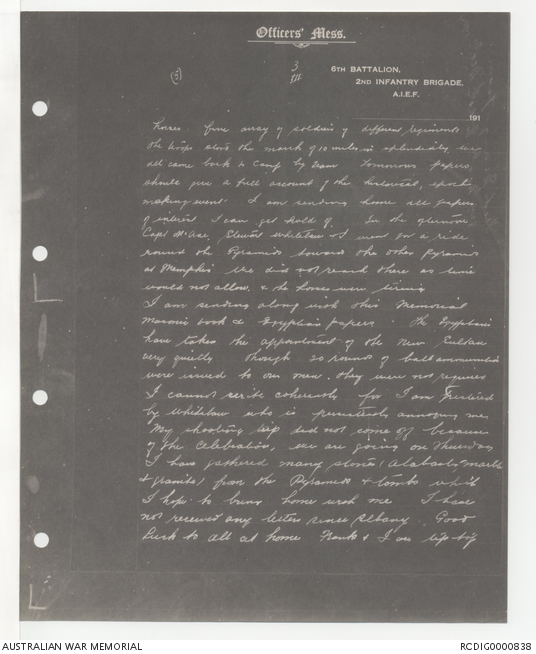 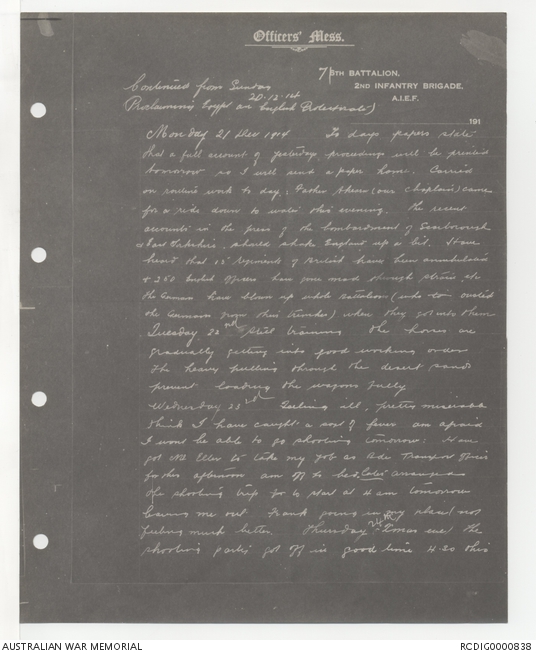 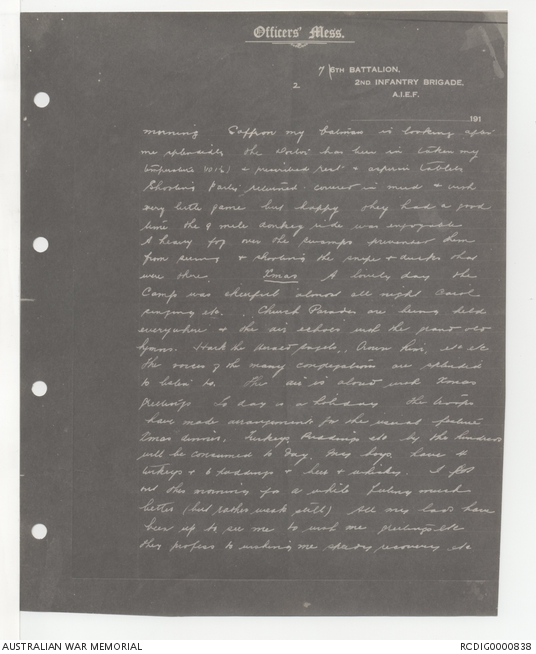 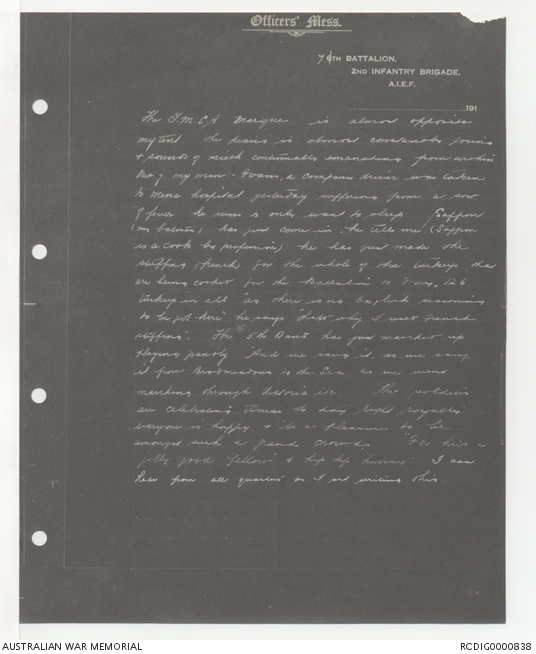 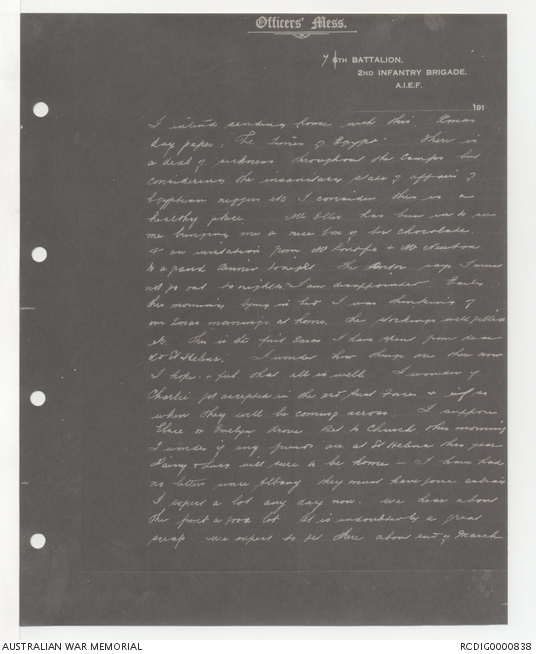 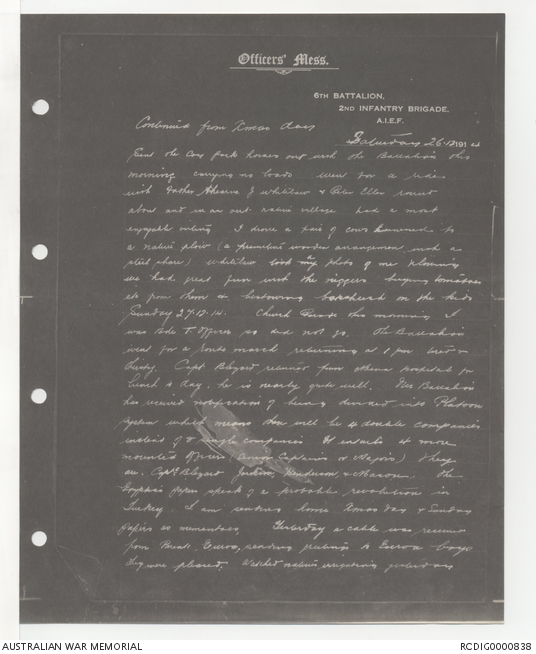 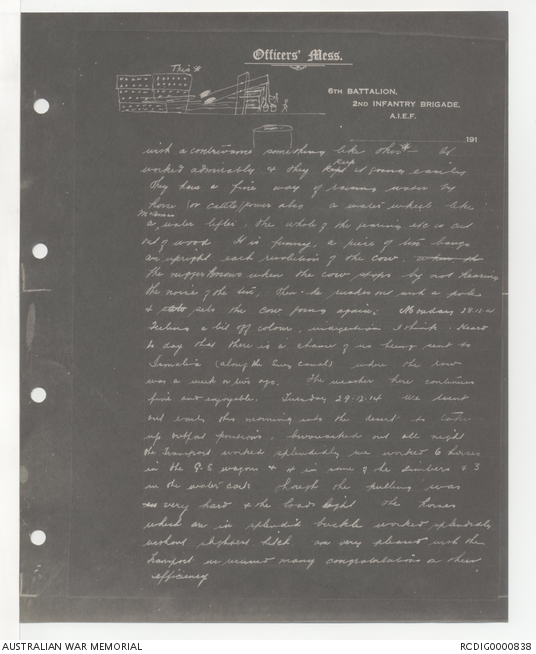 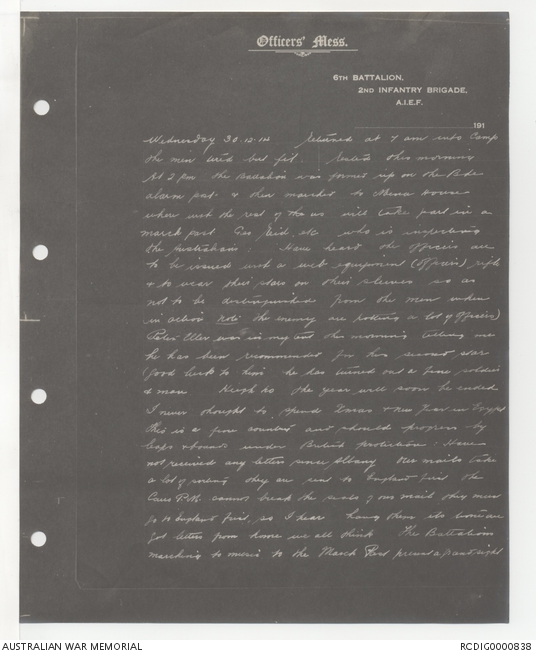 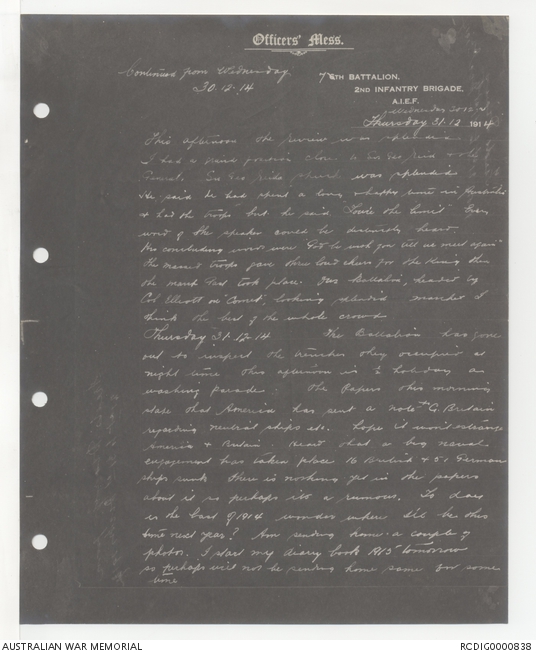 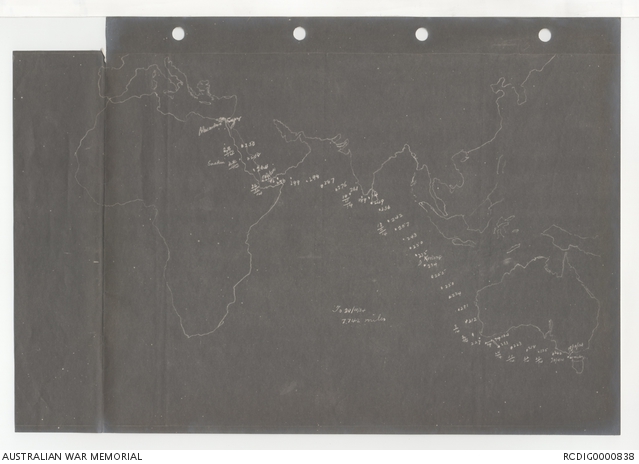 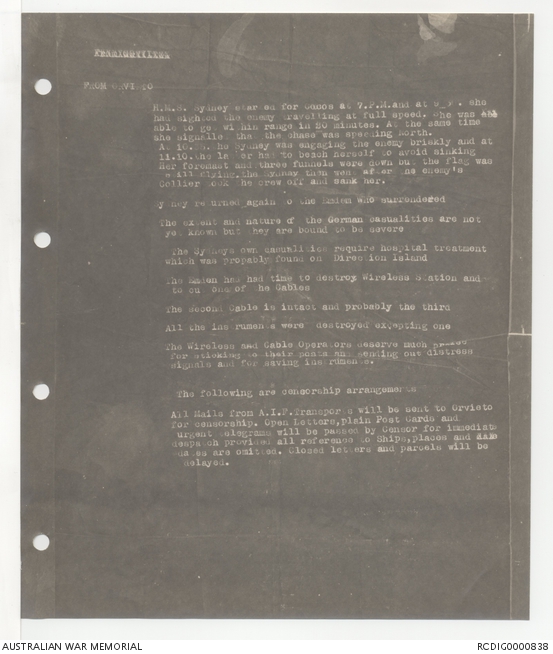 Photostat copy of a diary relating to the First World War service of Major Frederick Harold Tubb VC, 7th Battalion. This file consists of part two of a diary kept by Major Frederick Harold Tubb during 1914. In this diary, written between 3 December 1914 and 30 December 1914, Major Tubb describes disembarkation at Port Said, dealing with the horses, sightseeing around the Pyramids, a Masonic meeting and Christmas in Egypt. Also included is a photostat copy of a map showing the route from Australia to Egypt and a photstat copy of an account of the Sydney-Emden encounter. The copies were made by the War memorial in 1927.