Photostat copies of letters from Major Frederick Harold Tubb to his family, 1914 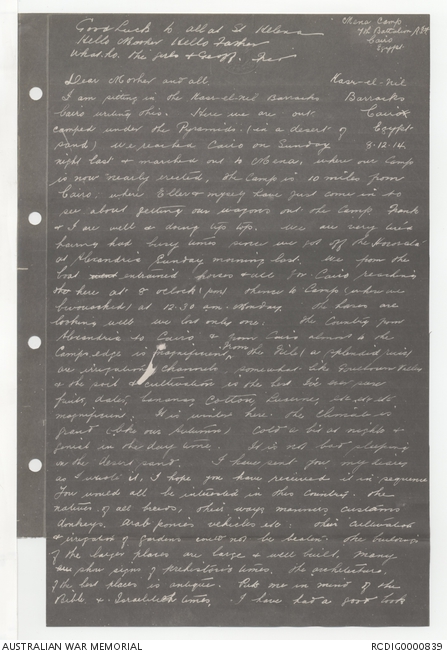 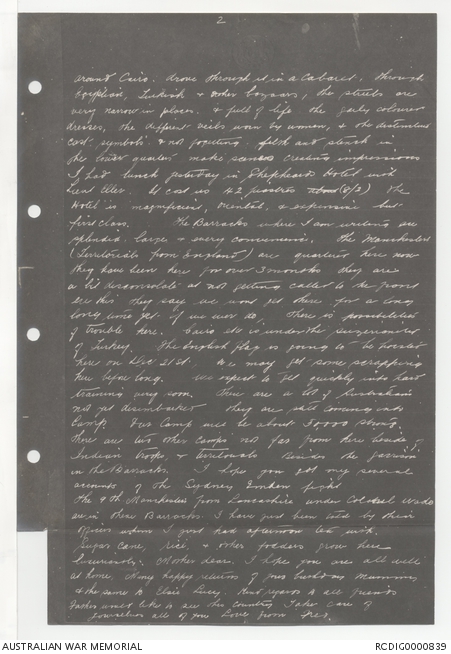 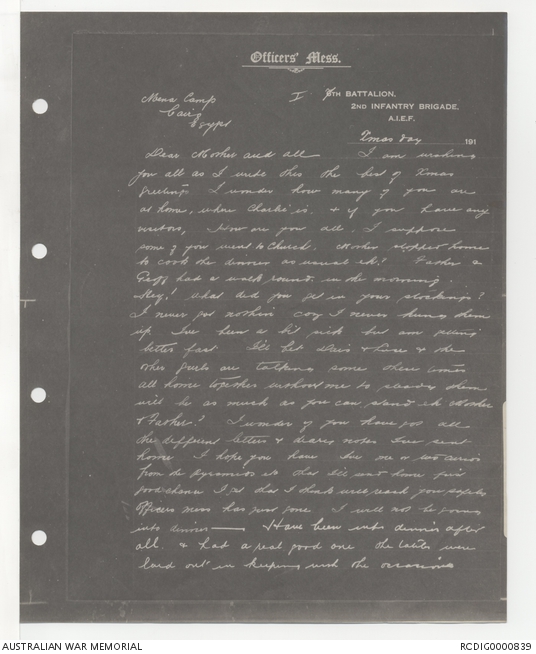 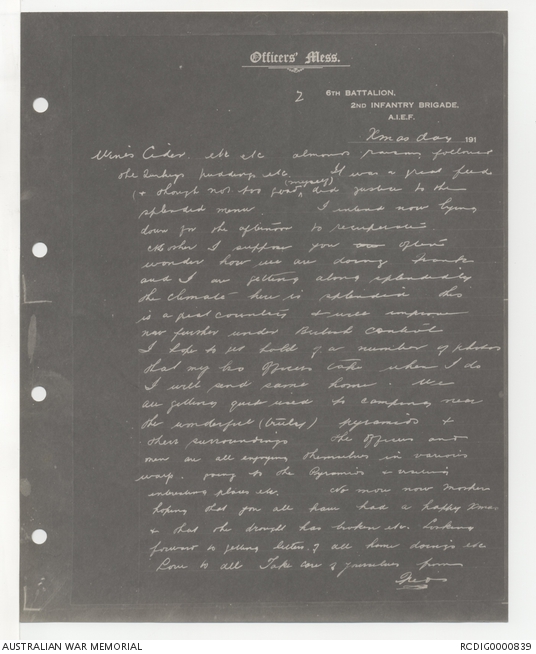 Photostat copies of letters relating to the First World War service of Major Frederick Harold Tubb VC, 7th Battalion. The original letters were written by Major Tubb on 8 December 1914 and Christmas day 1914. In the first letter, Major Tubb describes his arrival in Cairo, his astonishment at the Pyramids and other sightseeing activities, whilst the second, written on Christmas day from Mena Camp, speculates about his family at home and describes his dinner at the Officer's Mess. The copies were made by the Australian War memorial in 1927.