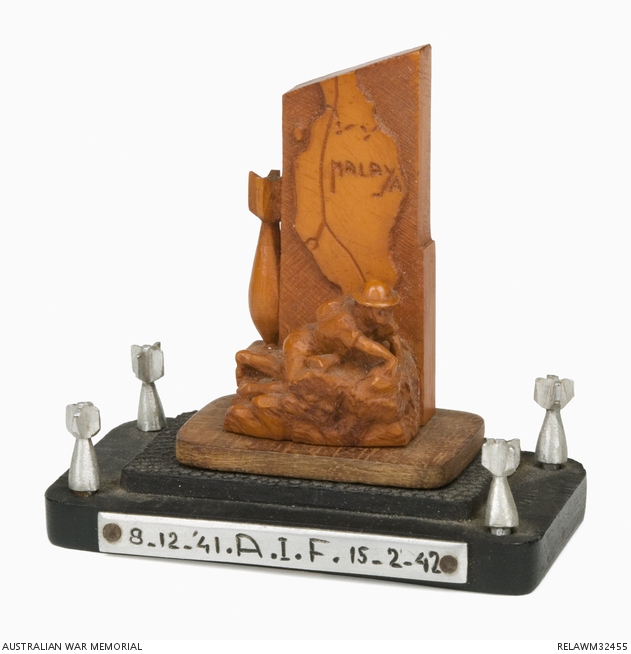 Small carving in the form of a miniature memorial, displaying a freestanding map of Malaya beside an aerial bomb with a helmeted Australian soldier crawling up an incline in front. This is carved from one piece of light coloured wood. The carving sits on a two-tiered ebony base with four finned bombs in aluminium at each corner. A small aluminium plaque attached to the front reads ' 8-12-'41 .A.I.F. 15-2-42'. The carving is supplied with a tongue which locates it loosely within the base.

Made by an unknown Dutch soldier using a knife and a piece of sharpened wire as a memorial to the Australians who died in the Malayan campaign and given to Brigadier Frederick Gallaghan, commander of 2/30 Battalion and later (after the defeat of the allied forces by Japan in February 1942), senior commander of all Allied prisoners in Changi.