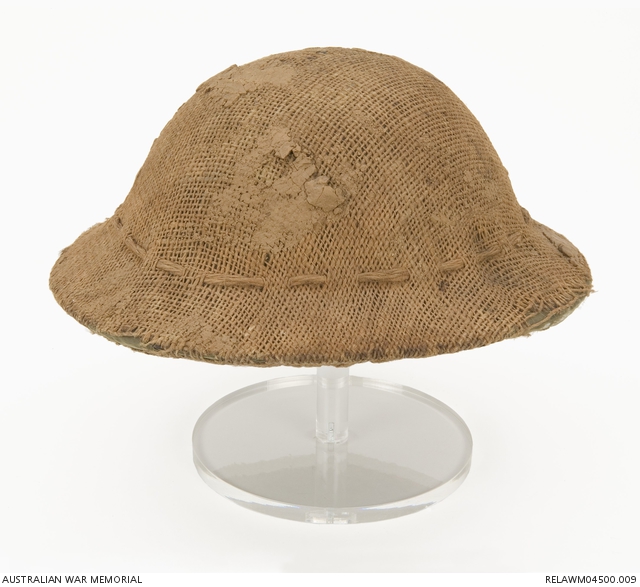 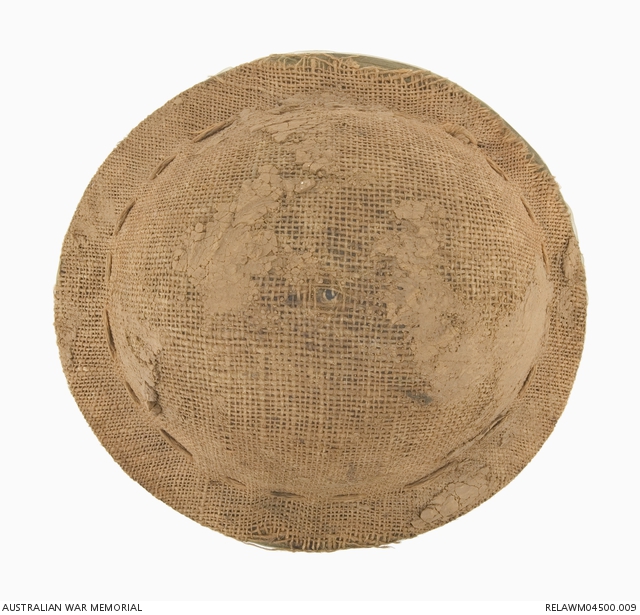 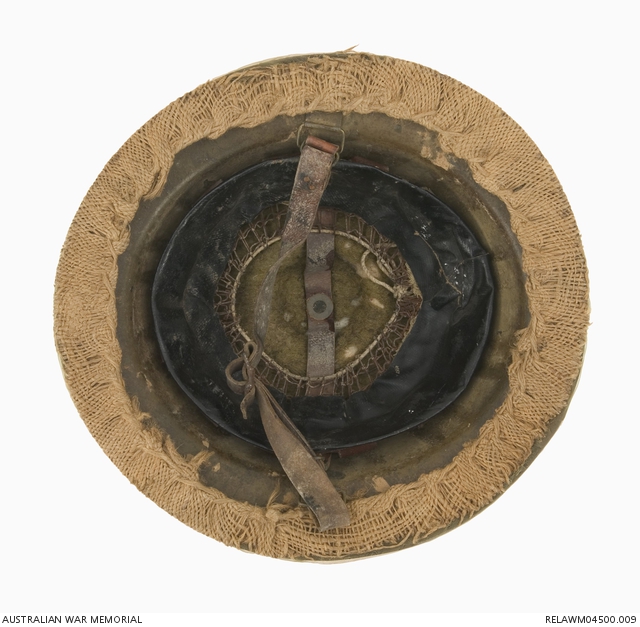 British issue Brodie pattern steel helmet with a Hessian cover gathered to fit beneath the brim and around the base of the crown. The khaki painted helmet has a two piece leather chinstrap, and a liner of leatherette, leather, cotton mesh and string. A protective pad of asbestos impregnated wool felt is riveted to the inside of the crown. Dried mud is adhered to the hessian cover.

This helmet was collected from 4172 Private George James Giles of the 29th Battalion. On 29 July 1918 the 5th Australian Division successfully attacked the German positions at Morlancourt, taking two lines of trenches, 128 prisoners and 36 machine-guns. After the attack Giles was taken from the front line and told to walk four miles to 8th Brigade Headquarters. Two photographs, covering front and rear, were taken of Giles, along with Private John Wallace Anderton of the 32nd Battalion, who had been brought off the line for the same purpose. The two men were then taken to the Deputy Assistant Director Ordnance Service, where they handed over all of their uniform and equipment, and were provided with fresh kit. The uniforms were then handed over to the Australian War Records Section for their collection. These uniforms were part of a plan, first raised in February 1918 by Charles Bean and Captain John Treloar, to collect twenty full uniforms, so that the future Australian War Memorial could, ‘show how our men came out of the trenches’. Giles’ uniform was full of holes and encrusted in mud, from the summer rains that occurred in the region in the days before their attack. Originally displayed on a figure entitled 'Out of the Line' in the original Australian War Museum in Melbourne, the uniform and equipment have been displayed almost continuously at the Australian War Memorial since its opening in 1941.