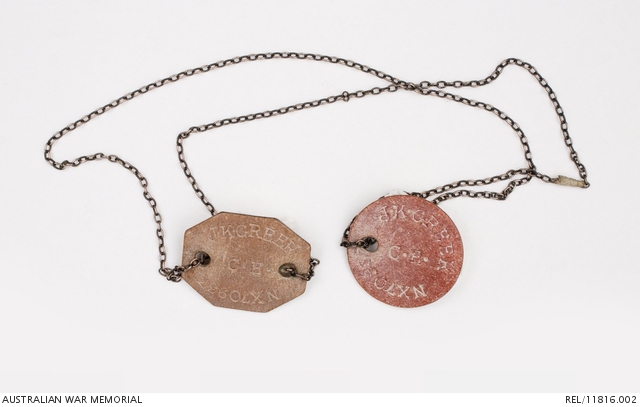 Pair of compressed fibre, standard issue, identity discs, one round and one octagonal. Both are impressed in obverse 'NX70937 J.K. GREER C.E.' and in the reverse 'O 4'. The round disc has a single hole punched through it and the octagonal disc two holes. Both are attached to a fine silver chain which is held together in two places with fine cotton thread.

Worn by NX70937 Sister Jean (Jenny) Keers Greer, 2/10 Australian General Hospital. Sister Greer was taken prisoner of war when the SS Vyner Brooke was sunk by the Japanese in February 1942, and she wore these identity discs throughout her captivity in Sumatra.