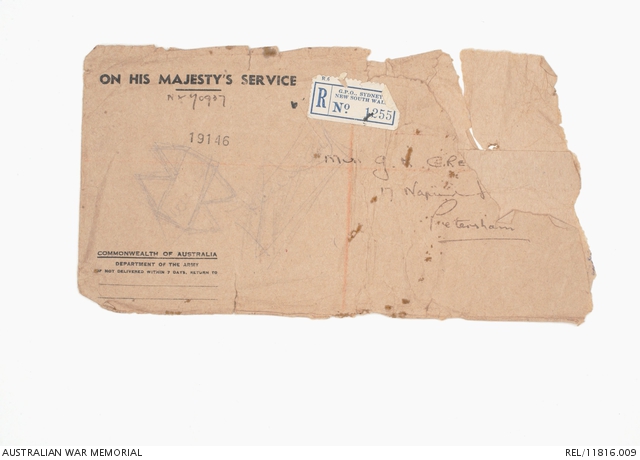 Part of the contents of a tropical uniform dress worn by NX70937 Sister Jean (Jenny) Keers Greer, of 2/10 Australian General Hospital, when the SS Vyner Brooke was sunk by the Japanese in February 1942. Sister Greer was subsequently taken prisoner of war. She used the dress and contents of her pocket throughout her captivity in Sumatra. The envelope was used by Sister Greer to keep her paybook and identity card safe. The identity card was originally pinned inside her paybook. The paybook was of little use but her initial army training had stressed that the book was to be carried at all times, which accounts for its presence in her pocket at the time of the sinking of the ship.