Australian officers around the stove at night, Sulmona, Italy 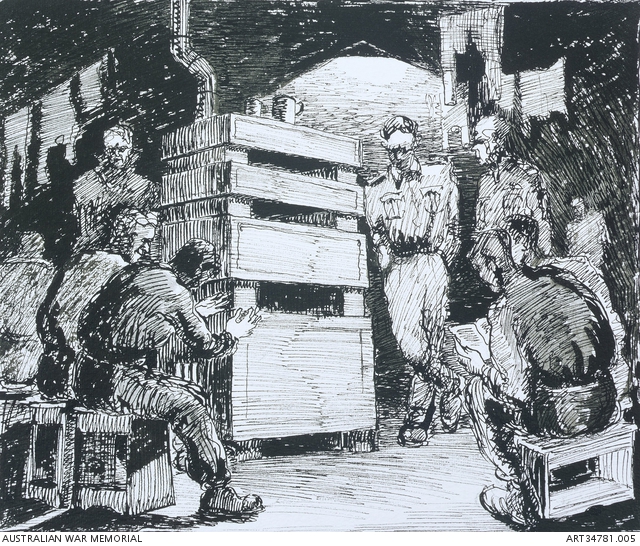 Interior of hut, German prisoner of war camp at Base POW Campo 78 at Sulmona, Italy. Prisoners seated on boxes around large heating stove. Comber and other officers were held prisoner there from October 1942 to June 1943. At Sulmona Comber joined the Escape Team and tunnel-digging crew. Over two months they worked many hours underground, however the plan ended in failure. Most Australian officers captured in North Africa ended up in Campo 78 at Sulmona, near Rome.